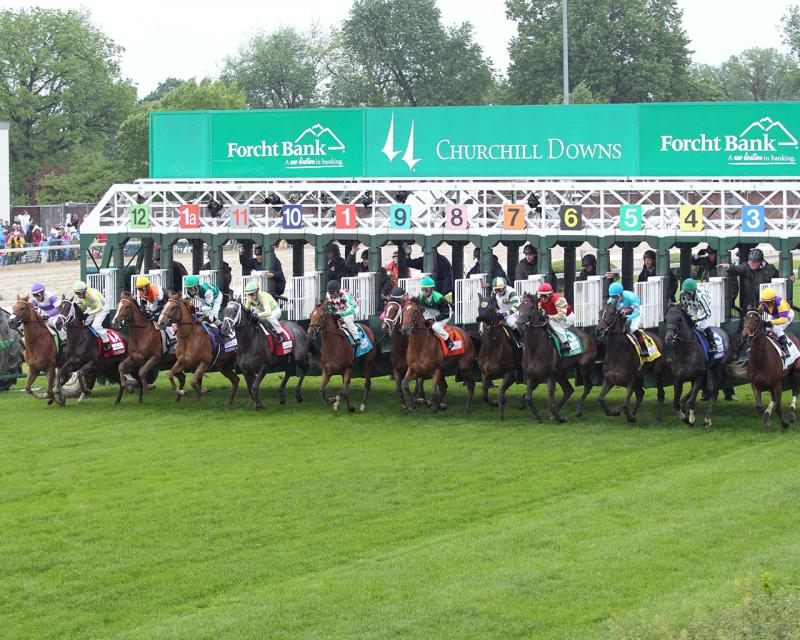 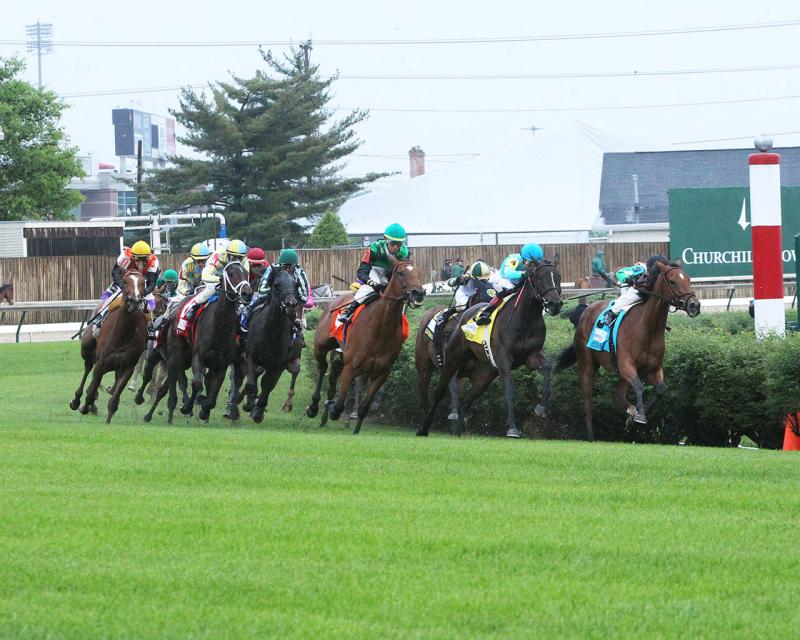 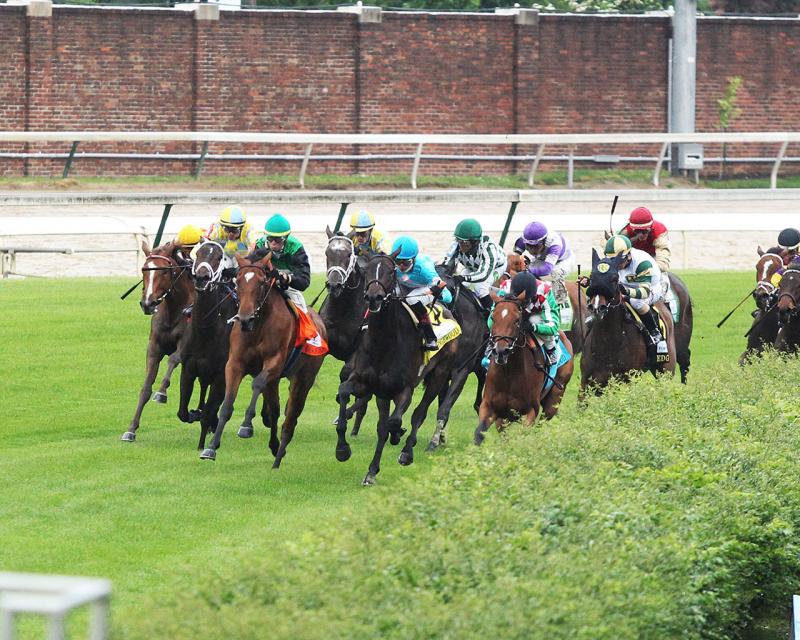 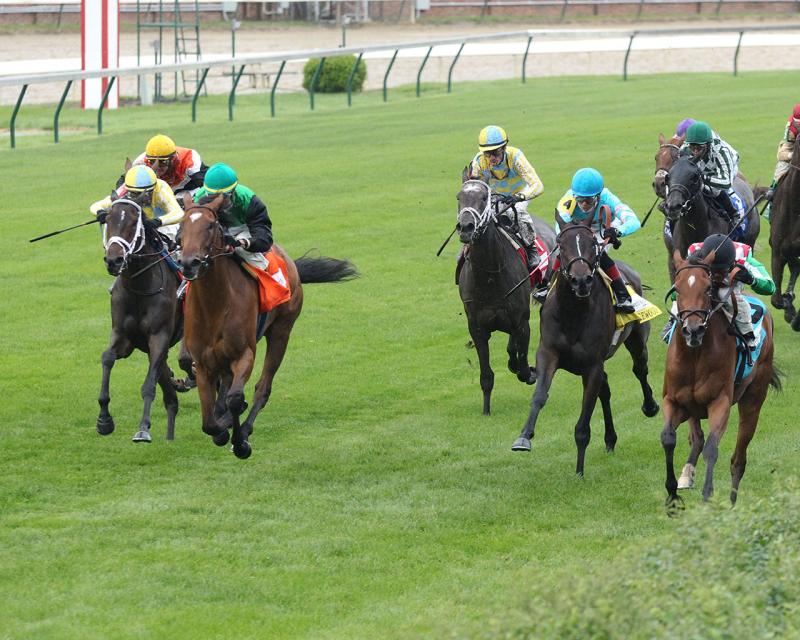 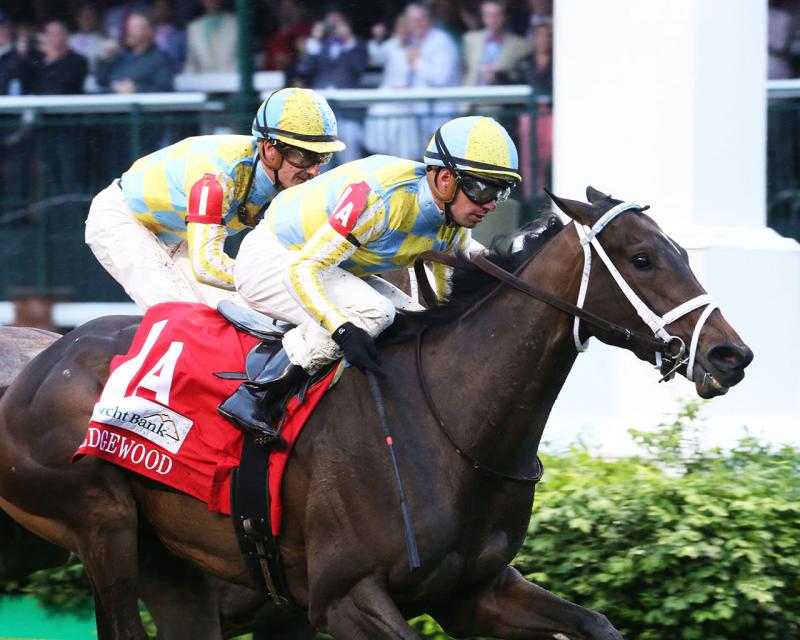 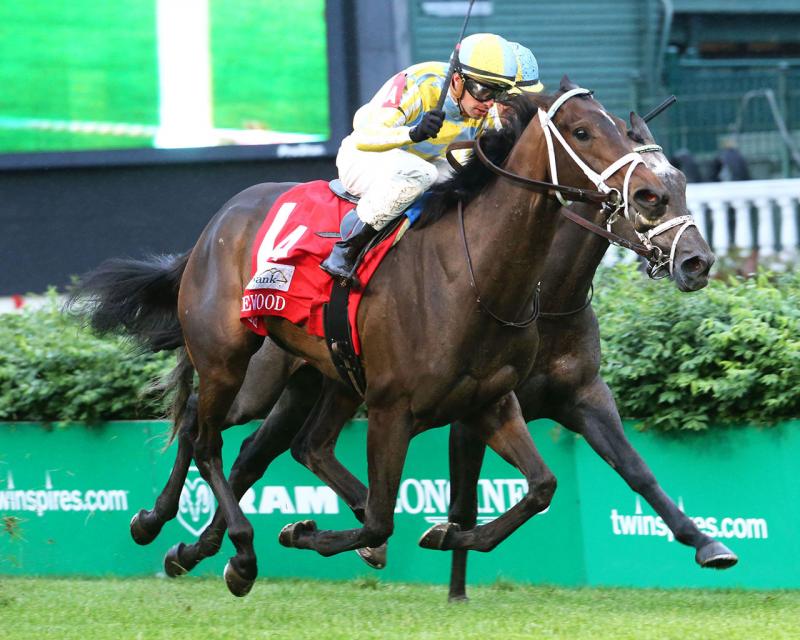 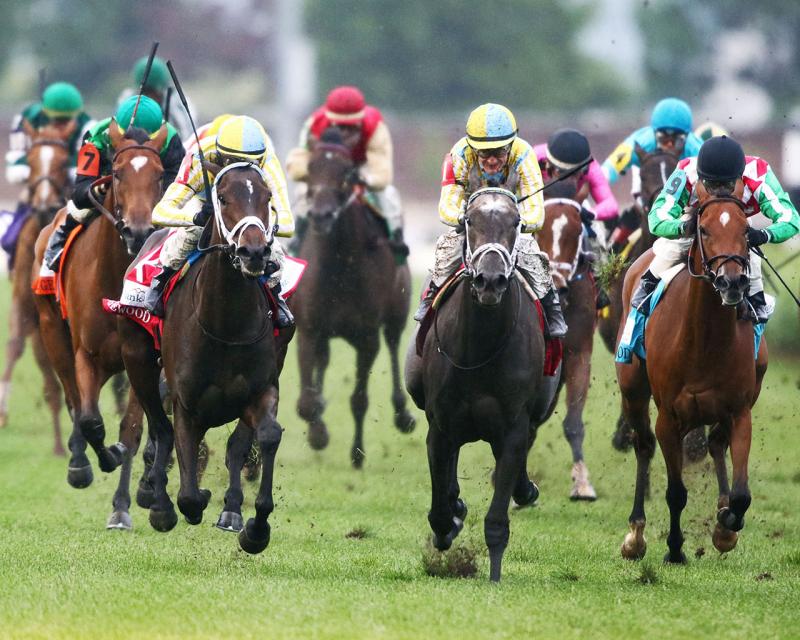 LOUISVILLE, Ky. (Friday, May 5, 2017) – John Oxley’s La Coronel surged past her stablemate Dream Dancing inside the sixteenth pole to claim a half-length victory in the 33rd running of the $150,000 Edgewood presented by Forcht Bank (GIII) for 3-year-old fillies.

Trained by Mark Casse and ridden by Florent Geroux, La Coronel covered the 1 1/16 miles on a “good” turf course in 1:45.56. La Coronel’s victory marked the second year in a row Casse and Geroux had won the Edgewood having scored with Catch a Glimpselast year.

Stallion Heiress set the pace while Geroux had La Coronel in mid-pack and in the clear outside of horses. Nearing the stretch, Sweeping Paddy took over and opened a daylight advantage only to be collared at the eighth pole by Dream Dancing, who had weaved her way through traffic under Julien Leparoux.

It was another three-quarters of a length back to Proctor’s Ledge, who was followed in order by Emphatically, Storm the Hill, India Mantuana, Journey Home, Purely a Dream, Stallion Heiress, Bernadiva, You Missed It and Youngest Daughter.

Florent Geroux (rider of La Coronel, winner) – “I was wide and the post (12) was a killer today. She overcame it, though. My filly showed a lot of fight. I saw Julien (Leparoux) get through on the inside and thought he might get away (on Dream Dancing), but my filly saw her and went for it.”

Mark Casse (trainer of La Coronel, winner and Dream Dancing, runner-up) – “I said at the wire, ‘Maybe I should have run just one.’ I was going to run La Coronel against colts (in Saturday’s American Turf) but she drew the bad post (No. 11). She ended up paying for it (No. 12) but she was so good, she overcame it. I never intended to run her today, but today is a nice day. We want to take her to Ascot, and I thought about trying her with a little give in the ground. She’s a very good horse.

“Dream Dancing ran great. Julien (Leparoux) last time said, I’m going to beat her next time.’ I said, ‘I don’t know about that.’ She’s a very nice filly too. We’re looking at the Belmont Oaks (GI on July 8). I just got to figure out how to get there. I think Dream Dancing will like a mile and a quarter.”

Julien Leparoux (rider of Dream Dancing, runner-up) – "She ran a big race. She just got beat. That's it. I thought I could give the winner a run for her money but it was not to be. My filly still ran well."

Luis Saez (rider of Sweeping Paddy, third-place finisher) – “My filly was trying very hard. She got beat, but she tried very hard.”

Dale Romans (trainer of Sweeping Paddy, third-place finisher) – “We ran well, they just ran us down.” 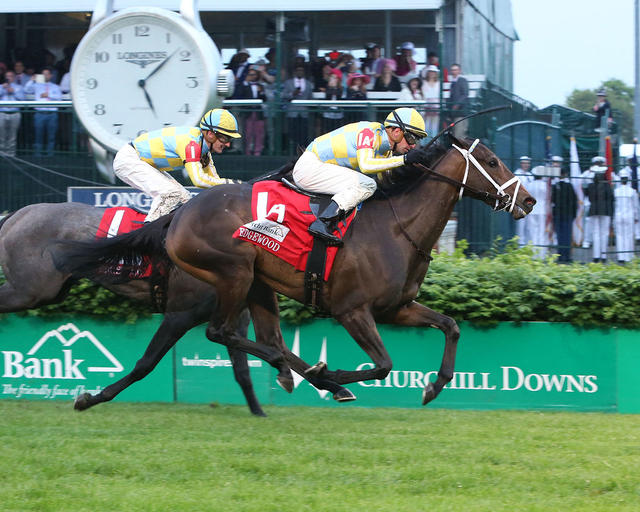