Trained by Brad Cox, Adventuring was the two-length winner of the $150,000 Bourbonette Oaks in late March at Turfway Park. The daughter of Pioneerof the Nile is out of the former Champion 3-Year-Old Filly Questing (GB). The four-time winning mare also produced two-time winner Romantic Pursuit who finished second in last year’s $150,000 The Very One Stakes (GIII) on the turf at Gulfstream Park. Adventuring will be ridden by John Velazquez from post No. 7. 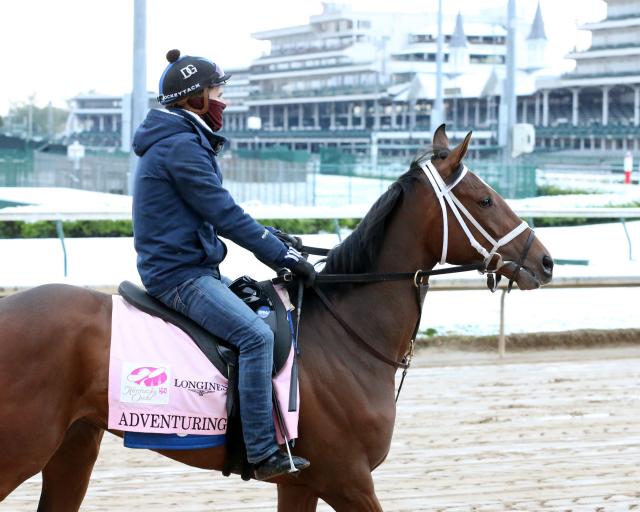