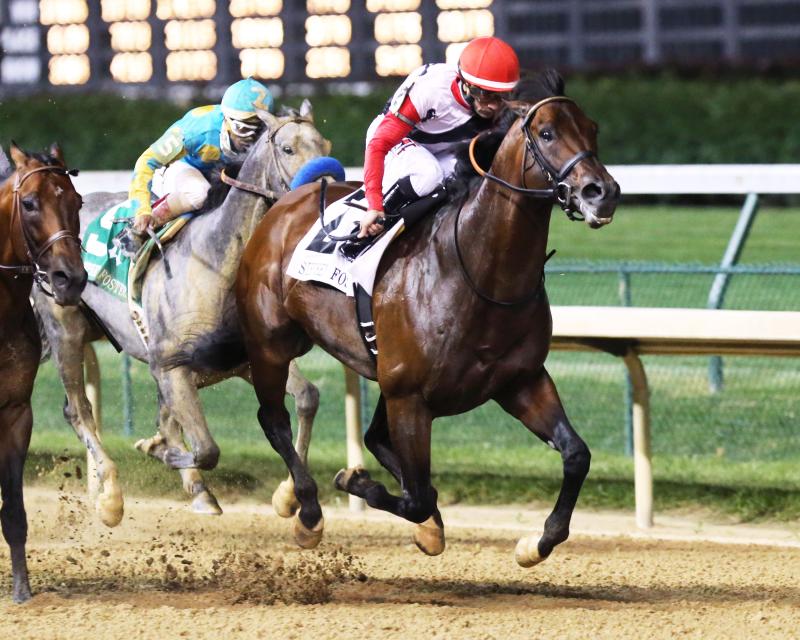 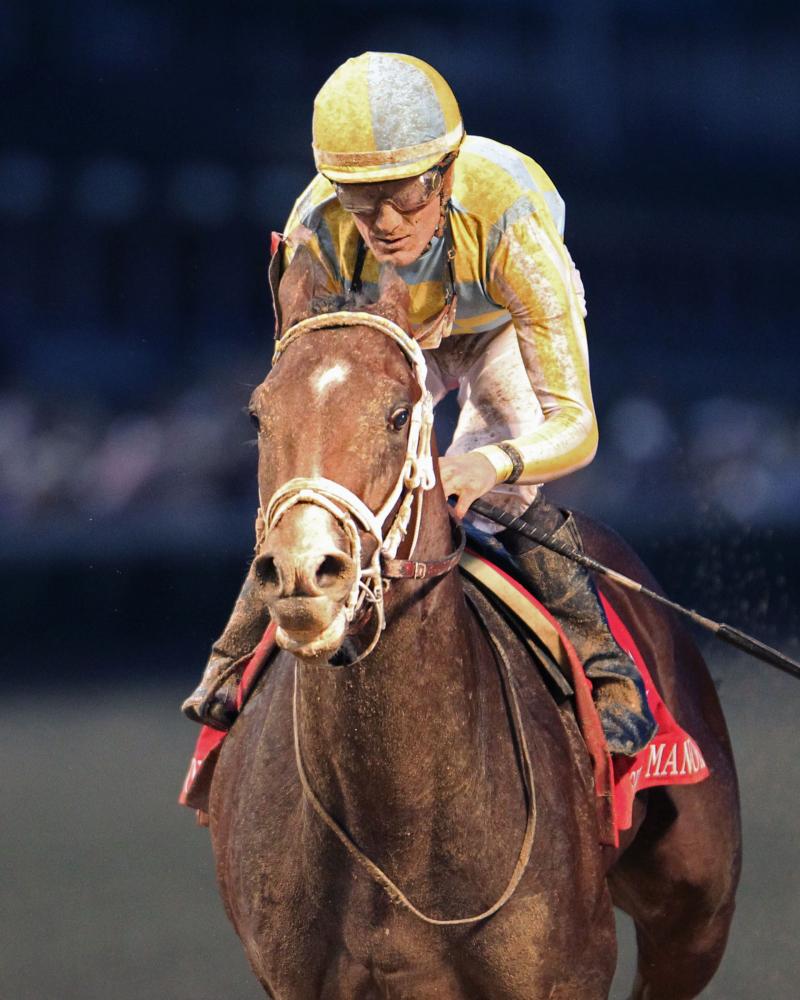 John C. Oxley's Classic Empire, shown in a victory in Churchill Downs' Bashford Manor (GIII), worked a sharp five furlongs from the starting gate on Friday in preparation for a run in the $500,000 Claiborne Breeders’ Futurity (GI) at Keeneland on Oct. 8. (Coady Photography, Churchill Downs) 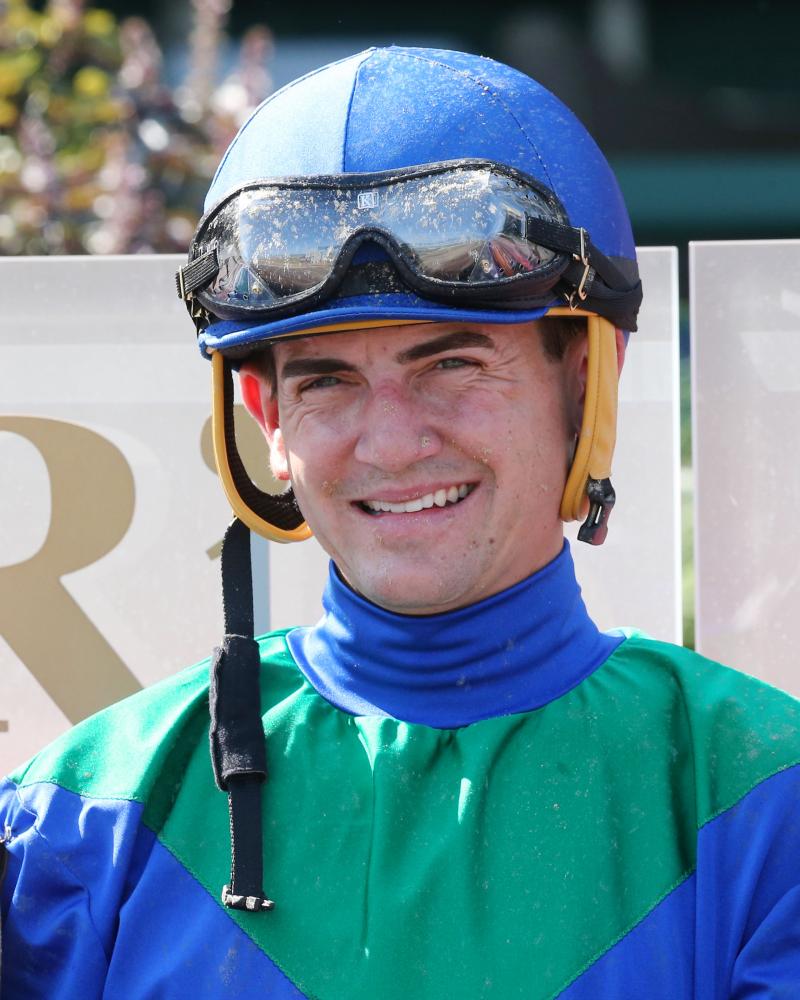 Jockey Brian Hernandez Jr. enjoyed a strong meet at Kentucky Downs and is off a a similar start at the Churchill Downs September racing session. (Coady Photography, Churchill Downs)

Joseph Sutton’s Bradester, upset winner of the $500,000 Stephen Foster Handicap (Grade I) in June, will be looking for another victory over the Churchill Downs main track when he makes his next start in the $175,000 Lukas Classic (listed) on Saturday, Oct. 1.

The 6-year-old son of Lion Heart, who breezed a half-mile in :48.67 at Saratoga on Friday morning, will be making his first Churchill Downs start since his Stephen Foster triumph, where he earned an automatic berth into the $6 million Breeders’ Cup Classic (GI) at Santa Anita on Nov. 5 as a part of the Breeders’ Cup “Win & You’re In Classic Division” Challenge. Whether or not he takes advantage of said berth depends on his performance on Oct. 1, says trainer Eddie Kenneally.

“We may do that but we’re not sure yet,” Kenneally said. “We’ll just see how he runs. He came out of the race at Saratoga real good and he’s been doing great up there so we went ahead and kept him up there.”

Bradester will come into the Lukas Classic off a well-beaten eighth behind Shaman Ghost in the $600,000 Woodward (GI) at Saratoga on Sept. 3. However, he’s found the winner’s circle in his three other starts this year. Aside from his Stephen Foster triumph, he scored a pair of stakes wins at Monmouth Park in May’s $77,500 Majestic Light Stakes and July’s $200,000 Monmouth Cup (GII).

Both fillies entered the six-furlong race with eye-opening maiden wins under their belt. Golden Mischief, a daughter of Into Mischief, emphatically won at Ellis Park on Aug. 26 by eight lengths in her fourth attempt to break her maiden. Stable mate Vertical Oak, a daughter of Giant Oak, won in her second start at Saratoga on Aug. 21 in similarly impressive fashion by 6 ¾ lengths.

“I felt good about both of the fillies,” Asmussen said. “I was disappointed that I had to run them against each other but I think they’re obviously stakes-caliber and would benefit from a race from a timing standpoint. I have a couple of races in mind but I haven’t spoken with the owners yet on what direction that they’ll go.”

According to Asmussen, a simple change in running style made a big difference for winner Golden Mischief, who showed vast improvement when running well off the pace in her last start.

“She’s a new filly since we started taking her off the pace,” Asmussen said. “She broke sharply in her first races and it didn’t work out. We felt that she was a better filly than those results showed. (Jockey) Didiel (Osorio) did a wonderful job with her at Ellis so he deserved to ride her back after doing the right thing by her and obviously she responds for him.”

“He breezed awesome,” said trainer Mark Casse’s assistant David Carroll. “We put him in the middle of two other horses. He left there a tad slow like he normally does and then he just went on about his business, very professional. It couldn’t have gone any better. We’re very excited about the work.”

The son of Pioneerof the Nile broke his maiden first time out at Churchill Downs on May 4 before scoring a win in the Bashford Manor (GIII) on closing day of the Spring Meet. He was not quite as fortunate his last start in Saratoga’s Hopeful (GI) where he dumped rider Irad Ortiz Jr. in the beginning stages of the race.

Meanwhile, stable mate Pretty City Dancer, winner of the Debutante Stakes on closing day of the Spring Meet, breezed five furlongs in 1:00.50 at Saratoga and will target the $400,000 Alcibiades (GI) at Keeneland on Oct. 7, which will be her first start since a dead-heat victory with Sweet Loretta in Saratoga’s Spinaway (GI).

HERNANDEZ ENJOYING SUCCESSFUL SEPTEMBER MEET – Jockey Brian Hernandez, Jr. had a prosperous meet at Kentucky Downs finishing second behind Florent Geroux with seven victories, and has carried such success into the September Meet, leading all other riders with six wins through the first four days of the 11-day stand at Churchill Downs.

“I guess that helped get me going,” Hernandez said of his Kentucky Downs success. “We’re just fortunate that our horses fit in the right races. I’m just fortunate to be riding the right horses at the right time right now. Without them we wouldn’t be anywhere so we’re riding for the right people and fast horses help.”

Hernandez, who secured his 400th win beneath the Twin Spires last Saturday aboard Society Beau, spoke of the possibility of scoring his first riding title for the September Meet

“Of course you always want to win a title,” Hernandez said “But I never really think about it too much because when you start thinking about it, it just adds extra worrying. I just go out there and try to get on the right horses and doing the best I can and that’s what I’ve been doing lately.”

DOWNS AFTER DARK SET FOR SATURDAY NIGHT; BEN SOLLEE, LINKIN’ BRIDGE TO PERFORM – Bourbon, Bets and Bow Ties is the theme for Saturday night’s Downs After Dark Presented by Stella Artois and Woodford Reserve – the final nighttime racing event of the year at Churchill Downs.

An outstanding doubleheader of musical entertainment on the Plaza stage will be provided by Kentucky-born cellist and composer Ben Sollee (7:15-9 p.m.) and the incredibly-popular Louisville group Linkin’ Bridge (9:30-10:45 p.m.), who recently was a Top 10 finalist on the hit television series America’s Got Talent.

DOWN THE STRETCH – The fields for three stakes races on Oct. 1 are beginning to take shape. Known probable starters for the $175,000 Lukas Classic, a 1 1/8 mile event for 3-year-olds and upward, according to track stakes coordinator Dan Bork: Bradester, Breaking Lucky, Bullards Alley, Hawaakom, and Honorable Duty. Probables for the $100,000 Jefferson Cup (listed), a one mile event for 3-year-olds on the Matt Winn Turf Course include Baharona and Surgical Strike. The $100,000 Ack Ack (GIII), a one mile event on the main track for 3-year-olds an upward will likely attract reigning Champion Sprinter Runhappy and Schivarelli. 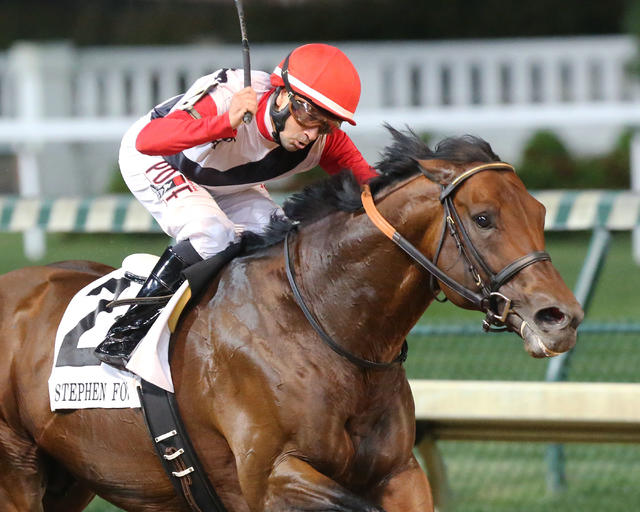