Tom Durant’s homebred Tejano Twist tracked a quick early pace and surged down the stretch to win Saturday’s inaugural running of the $200,000 Lively Shively for 2-year-olds at Churchill Downs by a half-length over Barber Road.

Trained by Bret Calhoun and ridden by Joe Rocco Jr., Tejano Twist covered the 6 ½ furlongs on a fast track in 1:16.82.

A 2-year-old Kentucky-bred son of Practical Joke out of the Cuvee mare Haley’s Lollypop, Tejano Twist improved his record to 3-3-0 in eight starts and added $122,070 to his bankroll and increased his earnings to $260,670. Previously, he won a first-level allowance/optional claiming event at Keeneland on Oct. 22 by 7 ¼ lengths.

Chattalot, who led the way through early fractions of :22.96 and :46.01, faded to fourth and was followed by Hoist the Gold and Ignitis. Charter Oak and Ready to March were scratched. 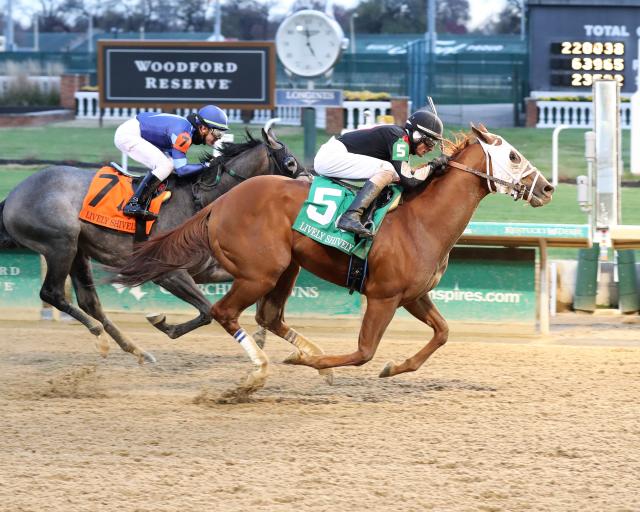