The Mighty Beau, run at five furlongs on the Matt Winn Turf Course, is slated as Race 11 with a post time of 5:58 p.m. (all times Eastern). First post for the 11-race program is 12:45 p.m. On-track guests are invited to stay after the finale to watch the 153rd running of the $1.5 million Belmont Stakes (Grade I) on the Big Board. Post time for the Belmont is 6:49 p.m.

Carotari, a 5-year-old son of Artie Schiller, was victorious two starts ago in the $75,000 Silks Run Stakes at Gulfstream Park. The six-time winner finished fifth in the $250,000 TwinSpires Turf Sprint (GII) on Kentucky Oaks Day. Trained by Brian Lynch, Carotari will be ridden by Julien Leparoux from post No. 3.

Also entered in the Mighty Beau is Susan and Jim Hill’s comebacking Grade II winner Totally Boss. The now 6-year-old son of Street Boss won the $700,000 Turf Sprint (GIII) at Kentucky Downs in 2019. In his 5-year-old campaign, Totally Boss was the runner-up finisher in the $150,000 Shakertown (GII) at Keeneland. The Rusty Arnold-trainee will be ridden by Brian Hernandez Jr. from post 10. 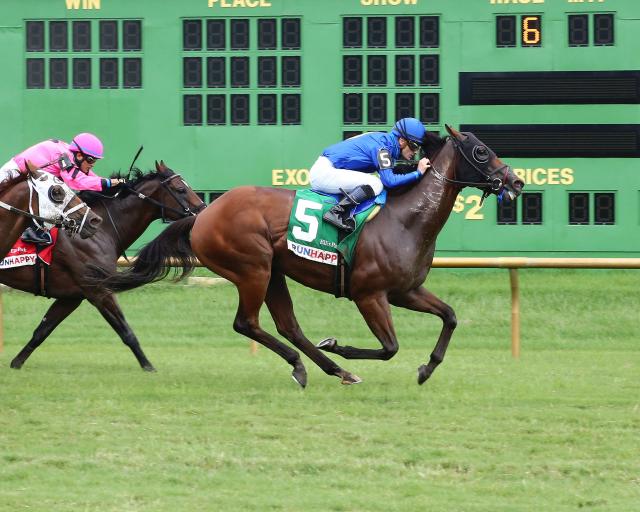