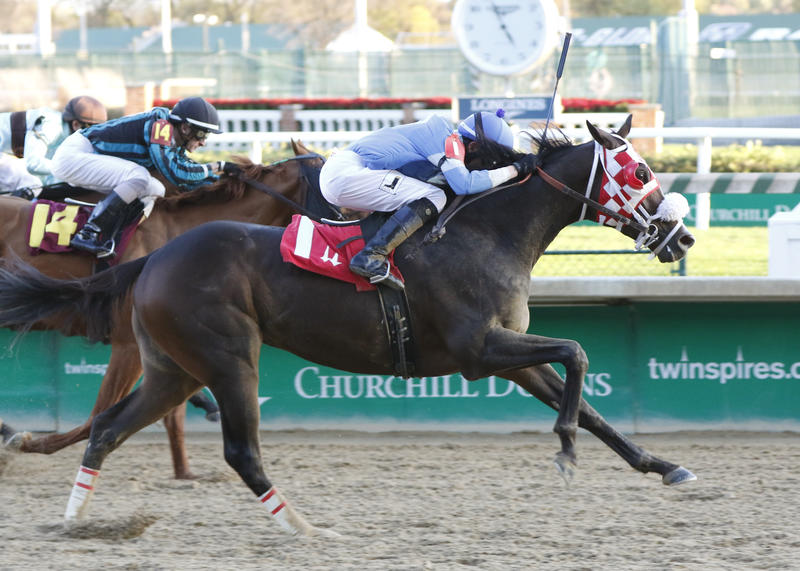 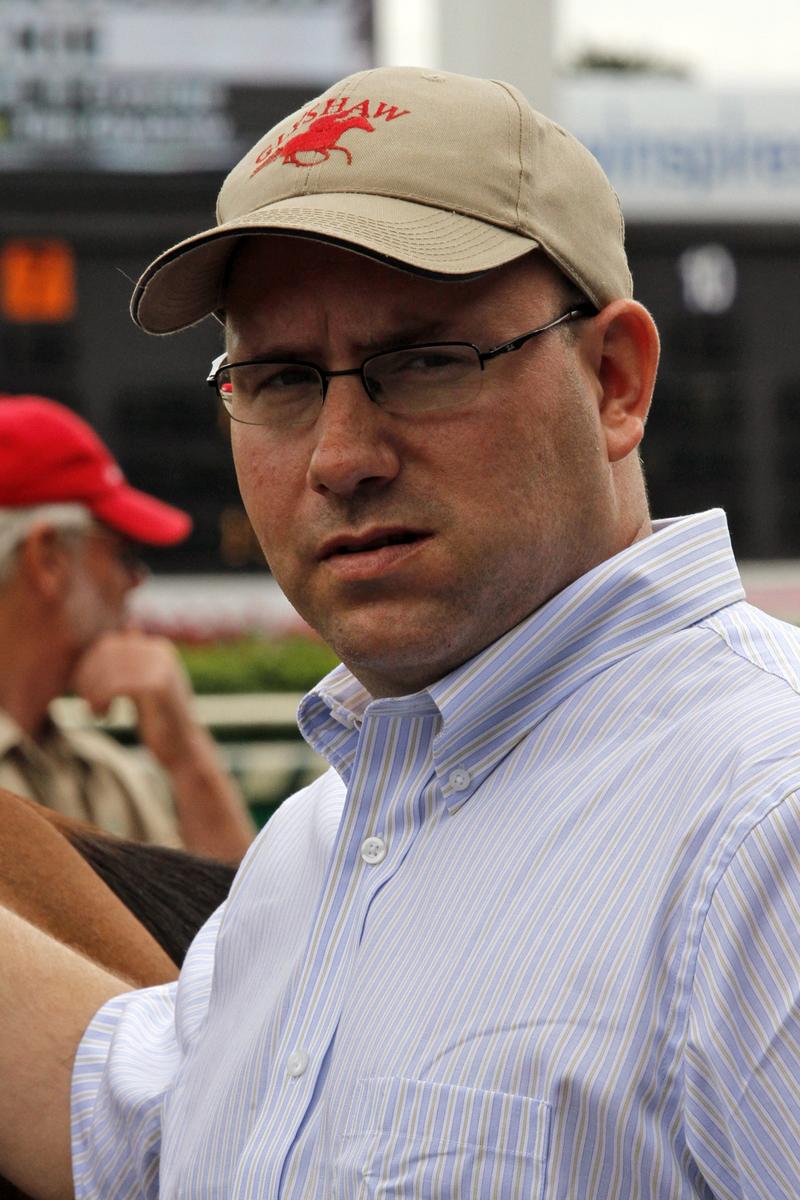 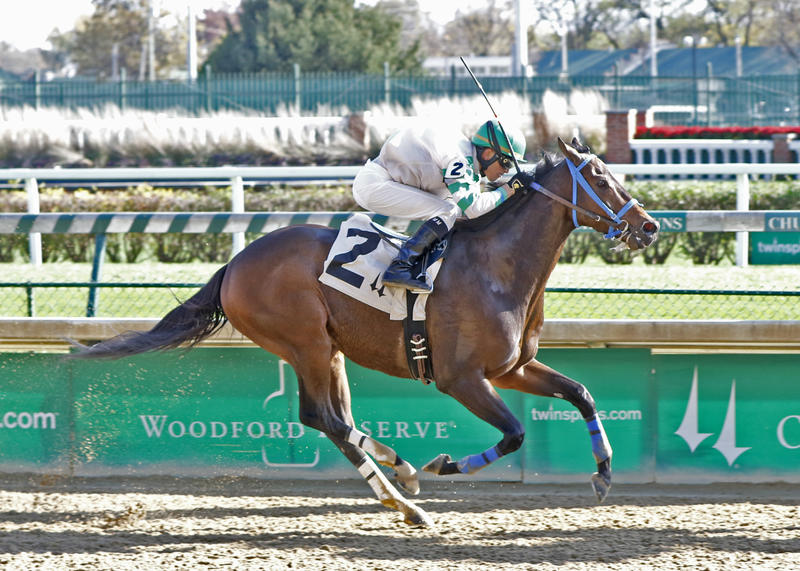 Spalding and Faron McCubbins’ Bullards Alley, a three-quarter length winner of a first-level allowance Thursday at Churchill Downs, will be considered for a start in the $100,000 Commonwealth Turf (GIII) on Friday, Nov. 27, according to trainer Tim Glyshaw.

Bullards Alley ran down Flash Trading to win the 1 ¼-mile race in 2:04.88 after the race was transferred from the turf to the main track after overnight rainfall. It was the son of Flower Alley’s first victory since breaking his maiden at Indiana Grand in July.

“I thought on paper it might have been a tougher race with Tale of Verve in there and [Mike] Tomlinson’s horse [Flash Trading] drawing in,” Glyshaw said. “Our horse had proven at Keeneland and Kentucky Downs to run pretty big numbers on the turf. He hadn’t run those kind of numbers on the main track, excluding a 7 ½-furlong maiden special weight which is obviously much different from a mile-and-a-quarter. We know that he can run on each. I thought that he may have been a little bit better on turf and I still think that, but it’s good that he can run on both.

“Yesterday was probably his most professional race and he handled the dirt in his face just fine. When he was asked to go outside, he did. He can run all day. The problem for us will, theoretically, be to find races long enough to run him in. As long as it’s two turns, he’s great.”

“We’ll have him nominated to the Commonwealth knowing that it will probably be tough. Being that it’s two-other-than (allowances) now, we might give that a shot depending on who else goes. Two things on paper going against us (with the Commonwealth Turf) would obviously be the quality of the race and the 1 1/16-mile distance. It looks like he has an affinity for longer distances. I think you can pretty much sit him wherever you want to sit him, and he always runs hard at the end. Every race he’s always right there the end. So the Commonwealth is a possibility, but if not there we’ll point him to the Fair Grounds.”

Should he go in the Commonwealth Turf, Glyshaw could be looking at his first graded stakes victory as a trainer. He feels fortunate to have a horse of such caliber in his stable.

“We’ve had them get better as they get older and it’s nice to have a really good one again to run for these kind of purses,” Glyshaw said. “Ever since we lost Taptowne and Voodoo Storm, we didn’t have any really nice quality horses since then. I think he would show well in the Commonwealth, whether that’s hitting the board or not depends on the toughness of the field. I haven’t looked at the book for a two-other than, but the big thing that’s enticing about the stakes race is that it’s for straight 3-year-olds and that would probably be the last time I would get to do that with him. I definitely think he would win his next allowance level if he keeps improving, but I believe that he could be a smaller stakes horse.”

8-YEAR-OLD VETERAN GOOD LORD WINS FIFTH CHURCHILL START – It was a fifth Churchill Downs victory in Thursday’s third race for Thomas Shank and Stan Young’s veteran 8-year-old gelding Good Lord, who made his 74th career start, 22 of which were at Churchill Downs. Forrest Kaelin, the dean of the Churchill Downs barn area, has trained the Florida-bred son of Greatness in all of his career starts. Years ago, Kaelin trained Da Devil, who raced until age 8 and defeated 1999 Breeders’ Cup Classic winner Cat Thief in that year’s edition of the Kentucky Cup Classic at Turf way Park at upset odds of 65-1.

“This horse [Good Lord] will go out and work like crazy, but ‘Devil’ could care less about working,” Kaelin said. “You’ve got to try to hold this one down in the morning because he wants to work so fast. He’s been a good one for me. He loves this race track and he’s always in the money here.”

“He’s done real well breaking three records like that,” Kaelin said. “But you always have to try to keep the horses sound and not worry about the times. He’s a good old veteran.”

Kaelin accredited the horse’s ability to stay sound to his breeding, pointing out that offspring of his dam Dowager Lady can stay sound.

“His full brother [Lord of Greatness] is nine and he won a race this year up at Woodbine so that dam can produce horses that last,” he said.

MOQUETT LOOKS AHEAD WITH 2-YEAR-OLDS PIRACY AND WHITMORE – Trainer Ron Moquett has found some success this Fall Meet with a couple of his 2-year-olds. Southern Springs Stables’ Whitmore and Harlow Stables LLC’s filly Piracy won first time out last Friday and Saturday, respectively, and have Moquett mapping out a campaign for them both.

` “Overall, I’d say that I’m tickled to death with their performances since they won. I always want them to give a good performance but the main thing with my first timers is that I want them to go out and learn and come back safe and sound. We don’t do the whole win-at-all-cost thing with our first timers. It’s great when they do but as long as they come back happy we don’t care. There are some things that we could work on with them to make them better, but they came back safe and healthy. They could use experience. No matter how much you try, when the light comes on, practice is not the same as the game. They’re going to learn. I know that we have ability but around horses everything has to line up.”

Around this time last year, Moquett was equally as excited about Harry Rosenblum’s Far Right, who would go on to finish 15th in this year’s Kentucky Derby Presented by Yum! Brands (GI). He gave a quick update on how the horse is doing since his last start in July, a sixth-place finish in the Indiana Derby (GII).

“Far Right is doing perfect,” Moquett said. “He should be coming back to the barn soon and we’ll be getting him ready for a 4-year-old campaign at Oaklawn.”

DOWN THE STRETCH – Live Oak Plantation’s Za Approval breezed five furlongs in 1:01.60 on Friday morning in preparation for a start in the $100,000 River City (GIII) on Nov. 26. “I really didn’t know what to expect since I had never worked him on the main track,” said Norman Casse, assistant to his father Mark. “Down at Palm Meadows he would always work on the grass and when we went to Woodbine he worked on the Polytrack up there, but he galloped out like a good, good horse. I was actually surprised that he worked like that. I’m excited to get to run him here, but hopefully the turf conditions get better.” 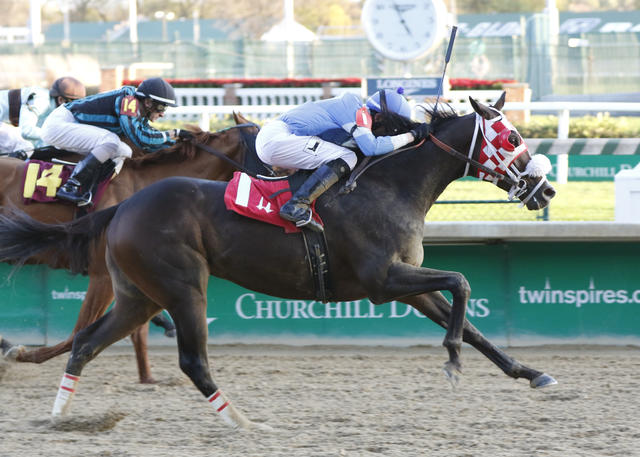