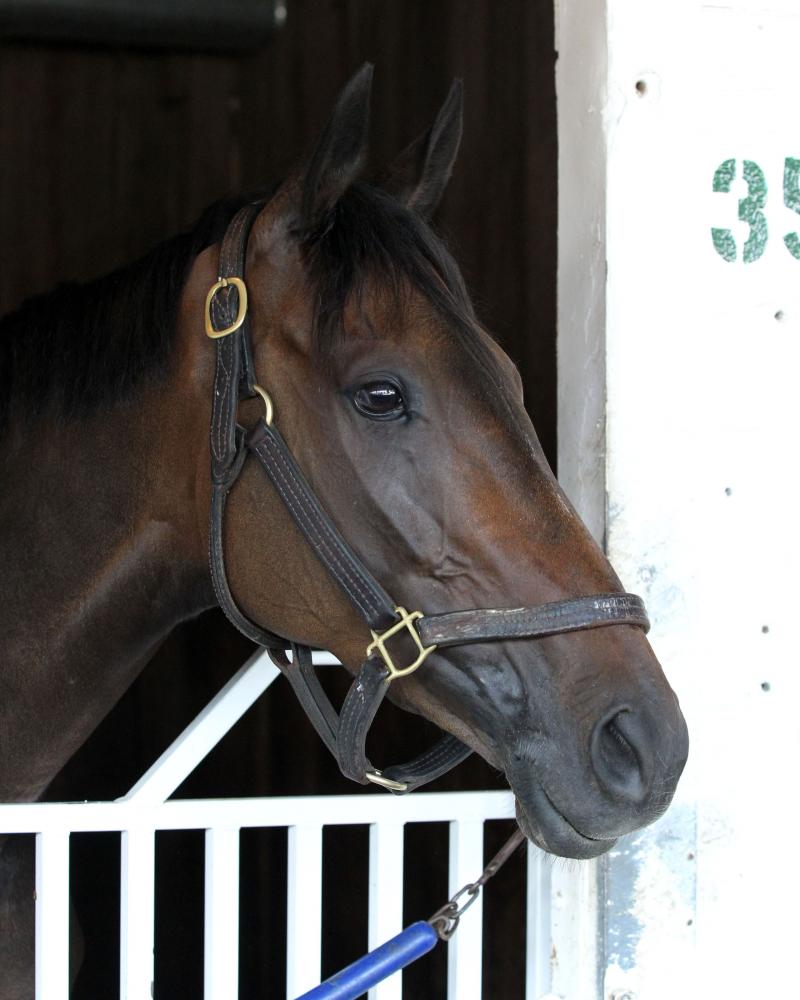 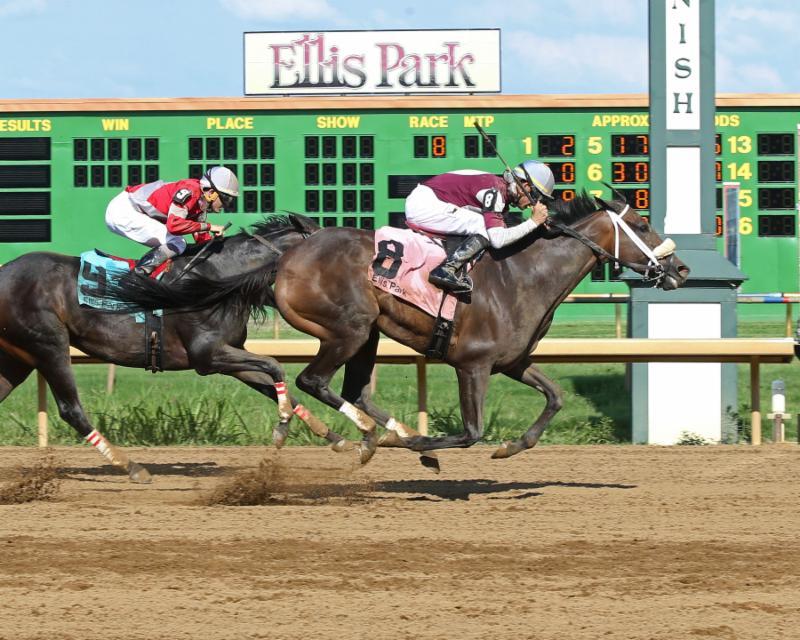 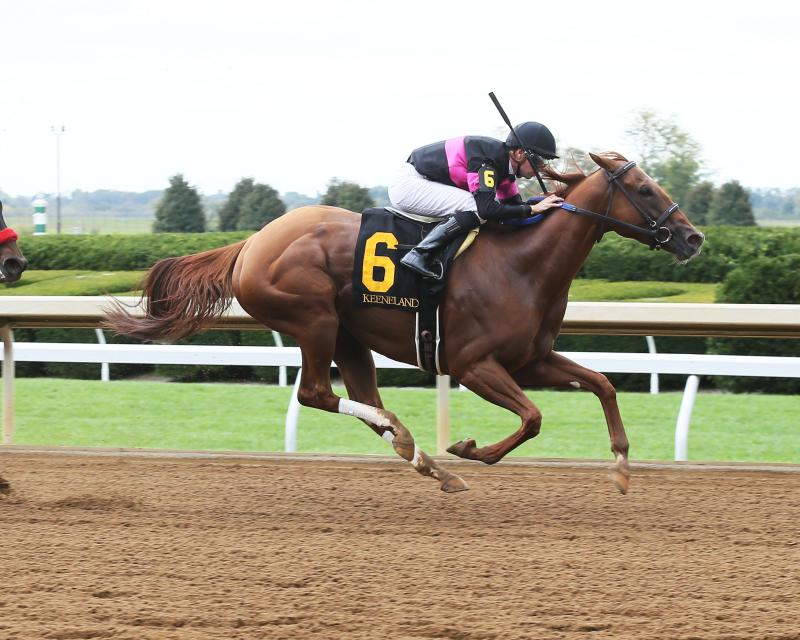 Five D Thoroughbreds' Kathballu, shown in a victory for trainer Kenny McPeek in an Oct. 7 allowance at Keeneland, is the 5-1 second choice in the morning line odds for Saturday's $200,000 Chilukki (GIII) at Churchill Downs. (Coady Photography, Keeneland) 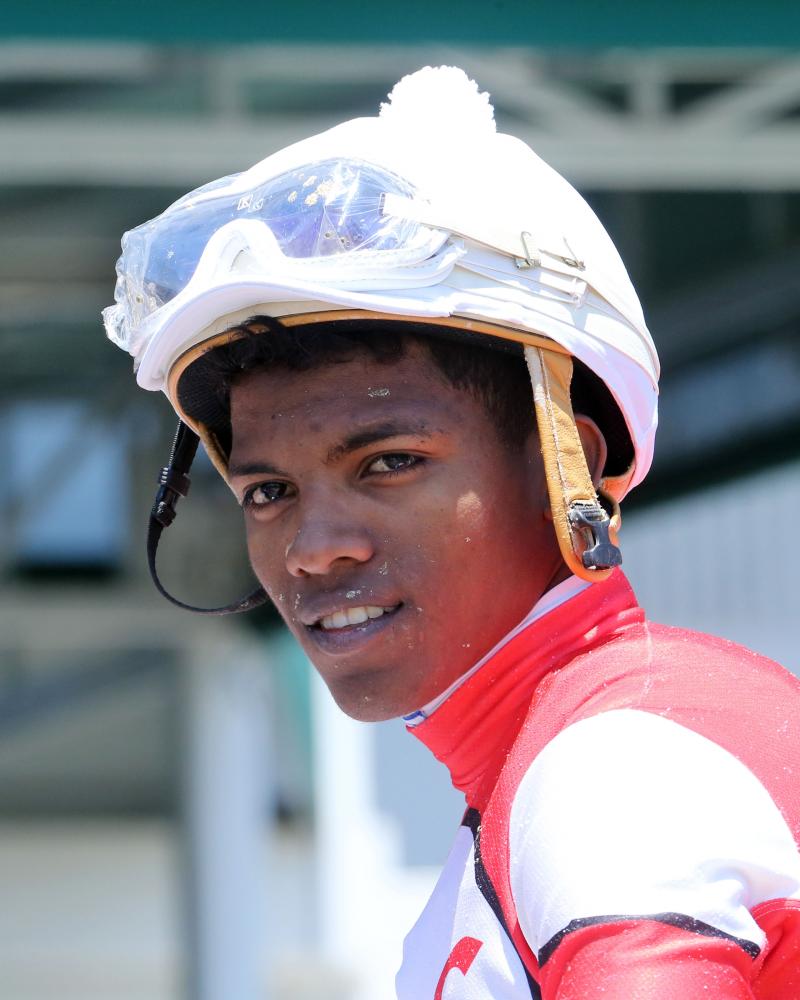 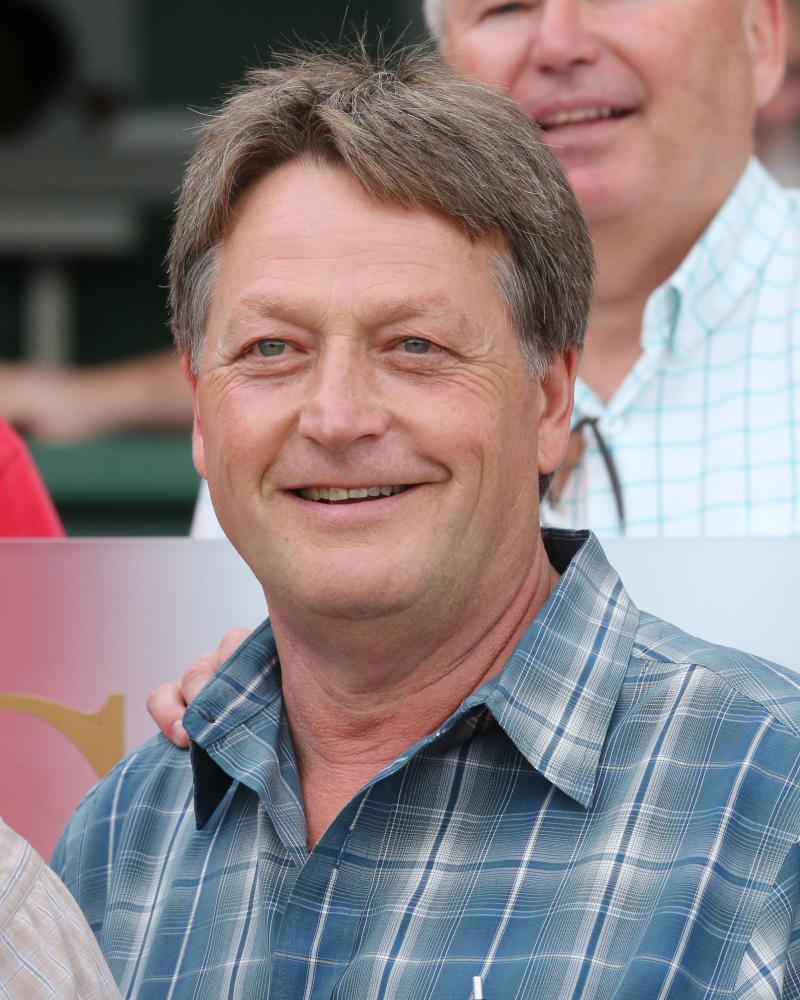 John Gunther’s homebred Tiger Moth could benefit from a cut-back in distance and a hot pace in Saturday’s $200,000 Chilukki Stakes (Grade II) at Churchill Downs. The one-mile race for fillies and mares will go as Race 9 on the 10-race card at approximately 7:25 p.m. (all times Eastern). The first race is 2:15 p.m.

“I wasn’t entirely expecting this many horses but I think she will have a good shot to rebound from her last race,” said Jorje Abrego, assistant to trainer Brad Cox. “Hopefully the pace is strong in the race. That’s when she’ll do her best running if she has a target to close into. I think the one-turn mile could help her as well in this race. It was a tough race in her last start (Keeneland’s Grade I, Spinster Stakes) but she fits well with this field.”

“She’s been training well entering this race,” Abrego said. “Fingers crossed some other horses in here show some speed and we’ll sit a good trip just off the pace.”

Tiger Moth drew post five and will be ridden by Manny Cruz.

One horse that could be near the lead is 4-1 morning line favorite Money’soncharlotte. The Kelly Breen-trainee has showed early-pace in each of her last four races that resulted in three victories and, most recently, a runner-up finish behind Elate in the Beldame Invitational (GI) at Belmont Park.

Breaking from post-position 14, Five D Thoroughbreds Kathballu could be another contender prompting the early pace.

“She looks really good right now off of her last race at Keeneland,” assistant trainer Jeff Hiles said. “I don’t think a mile is too long for her depending on how the race sets up. It’s a tough spot and could hurt us early as she likes to lay close to the pace.”

The Kenny McPeek-trained Kathballu picks up the riding services of Ricardo Santana Jr. and is the 5-1 second choice on the morning line.

Rattataptap is expected to scratch which would allow also eligible Moiety (Alonso Quinonez, 30-1) to draw into the race, according to Assistant Racing Secretary and Stakes Coordinator Dan Bork. Sweet Legacy (Francisco Torres, 30-1) remains on the also eligible-list and may run if any late scratches occur.

CHURCHILL HORSEMEN GIVE THEIR BREEDERS’ CUP CLASSIC PICKS – Some of Churchill Downs’ top horsemen gave their expert opinion on who they like in Saturday’s $6 million Breeders’ Cup Classic (Grade I) at Del Mar. Here’s what they had to say:

Trainer Phil Bauer: “I think Collected deserves a look. He’ll be breaking from the outside and is a sneaky horse to try and beat the two favorites.”

Trainer Pat Byrne: “I’m all about Collected. He’s the clever one to use and Bob (Baffert) probably has him in a good spot heading into the race.”

Trainer Norm Casse: “I have to stick with Gun Runner and Team Churchill Downs for the Breeders’ Cup Classic.”

Trainer Chris Hartman: “I think Gun Runner may be up against it. A lot of people will make the argument about how Arrogate didn’t like the track at Del Mar but I think he was just a bit off form. If Bob (Baffert) has him right, he’s still the best horse in the country and could improve coming into this race.”

Trainer Wes Hawley: “Apparently Gun Runner has just been training up a storm in California. I’m not entirely convinced with him, though. I think Arrogate and even Collected have a shot to win.”

Trainer Neil Howard: “Gun Runner has been doing so well in his training and throughout the entire year in the afternoons. No matter who comes out on top, this match-up is so good for racing. These are two very nice horses and it is setting up for a great race on Saturday.”

Trainer Eddie Kenneally: “I still think Arrogate is the best horse if he’s doing better than the summer. If he’s doing well, he’ll win this race.”

Trainer Paul McGee: “I’m still up in the air with who I’ll pick. Right now I don’t think I’ll pick Arrogate. With Gun Runner, he’s been so consistent that it will be tough to pick against him but I still have a bit of homework to do.”

Trainer Rob O’Connor: “Gun Runner is ready to fire like a pistol.”

Trainer Mike Tomlinson: “The major thing Gun Runner has going for him is his consistency. Throughout his entire career he’s been so consistent for Steve (Asmussen). The thing with being in California is you never know how he’ll like his surroundings.”

ROMANS VS. MOTT – Dale Romans, a 51-year-old native of South Louisville, is just one win away from surpassing Hall of Famer Bill Mott as the all-time leading trainer in races won at Churchill Downs – a record that 64-year-old Mott has held for 31 years. Mott and Romans are tied 701 wins at Churchill Downs.

Mott is expected to scratch Rattataptap on Saturday, according to Assistant Racing Secretary and Stakes Coordinator Dan Bork.

Romans and Mott will not be at Churchill Downs this weekend as both are at Del Mar for the Breeders’ Cup.

WATCH AND WAGER ON THE BREEDERS’ CUP AT CHURCHILL DOWNS – Churchill Downs will simulcast the Breeders’ Cup World Championships from Southern California’s Del Mar on Friday and Saturday. Churchill Downs will run 10 races those days beginning at 2 p.m. (all times Eastern) and 2:15 p.m., respectively. A simulcast of the 10-race Championship Friday card from Del Mar will begin at 2:25 p.m. and the Breeders’ Cup will cover Races 6-9 (5:25-7:35 p.m.). Championship Saturday’s 12-race program at Del Mar will commence at 1:10 p.m., cover Races 4-12 (Breeders’ Cup starts at 3 p.m.) and culminate with the Grade I, $6 million Breeders’ Cup Classic at 8:35 p.m.

In addition to the simulcasts interspersed between live races, Churchill Downs will present a stakes race on Saturday: the 32nd edition of the Grade II, $200,000 Chilukki for fillies and mares at one mile.

When live racing concludes Friday at 7:10 p.m. and Saturday at 8:15 p.m., simulcast wagering on the Breeders’ Cup will continue in the ITW area on the second floor of the Clubhouse, as well as reserved dining spaces and the Horsemen’s Services Center.

The first 5,000 fans in attendance on Saturday for a simulcast of the Breeders’ Cup receive a free 2018 Churchill Downs Wall Calendar, presented by Humana. The colorful calendar features major event listings and vivid and memorable images from the Kentucky Derby and around the historic racetrack. Admission gates will open at 12:30 p.m. and first race is 2:15 p.m.

CHURCHILL DOWNS RACING CLUB – The Churchill Downs Racing Club will be back in action during the Fall Meet, and there’s a new opportunity to join with an unraced 2-year-old colt trained by Dale Romans. Rare Form is a juvenile sired by The Factor out the Empire Maker dam Bayou Tortuga, who was purchased by Spendthrift Farm at last year’s Keeneland September Yearling Sale. The gray or roan colt – a half-brother to 2016 UAE Oaks (GIII) winner and UAE Derby (GII) runner-up Polar River – is entered on Saturday at Churchill Downs.

All proceeds above the expenses of Rare Form will be donated by the Churchill Downs Racing Club to the Children’s Center for Cancer and Blood Diseases at Children’s Hospital Los Angeles. The Churchill Downs Racing Club is a 501(c)(7) not-for-profit social club organized for pleasure, recreational and other non-profitable purposes. Members should not join with any profit motive or expectation of profit.

Gary Palmisano will represent the club’s interest and serve as a liaison for the club’s members. Benefits will include regular e-mail updates on the horse, visits to the track in the early mornings – and breakfast on select days – to watch the horse train, trips to the paddock, watching the race in a group setting and hopefully experiencing the thrill of visiting the G.H. MUMM Winners’ Circle. Each member will receive free general admission for two to Churchill Downs in 2017-18, and invitations to exclusive Churchill Downs Racing Club events at the track.

The $500 annual membership dues are used to purchase a Thoroughbred and pay for its training fees and expenses, which will be disclosed regularly to the members. Interested parties are invited to register online at ChurchillDowns.com/RacingClub. Questions may be emailed to [email protected].

DOWN THE STRETCH – The 50/50 charitable gaming raffle is back for the Fall Meet. Proceeds from the raffle will go towards charitable organizations that benefit from the Churchill Downs Incorporated Foundation, a 501(c)(3) nonprofit corporation that helps support the critical work of nonprofits in our industry, make a difference in important public health programs and provide meaningful opportunities in art and education. Visit www.derbygives.com to purchase tickets and for more information. … For more information about Churchill Downs’ Fall Meet visit: https://www.churchilldowns.com/racing-wagering/news/40-things-to-know-about-churchill-downs-fall-meet. 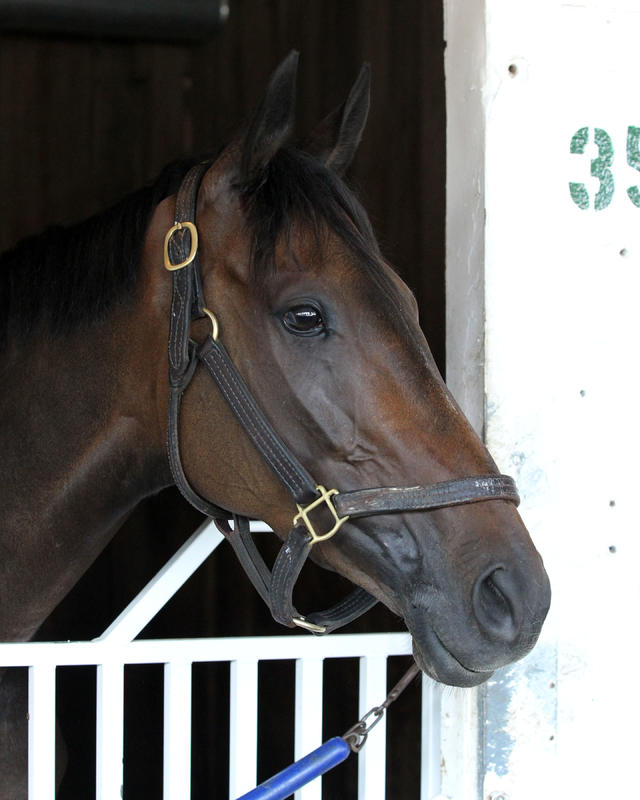