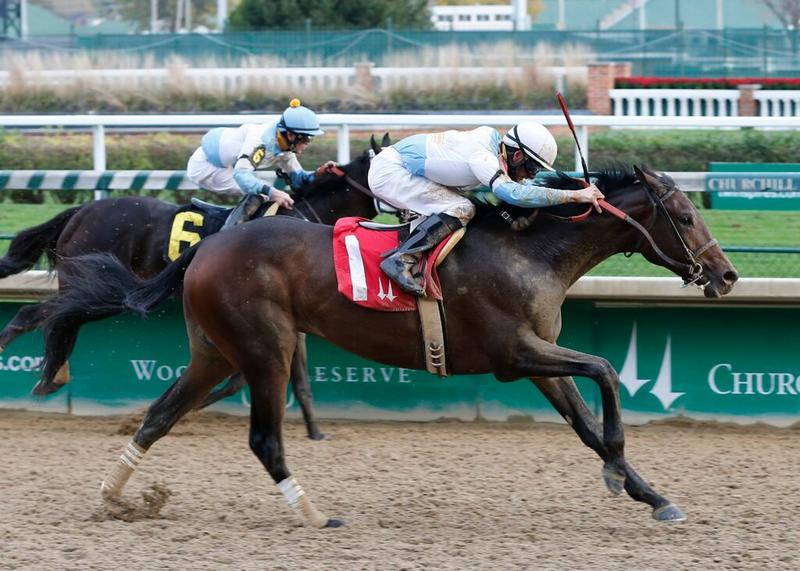 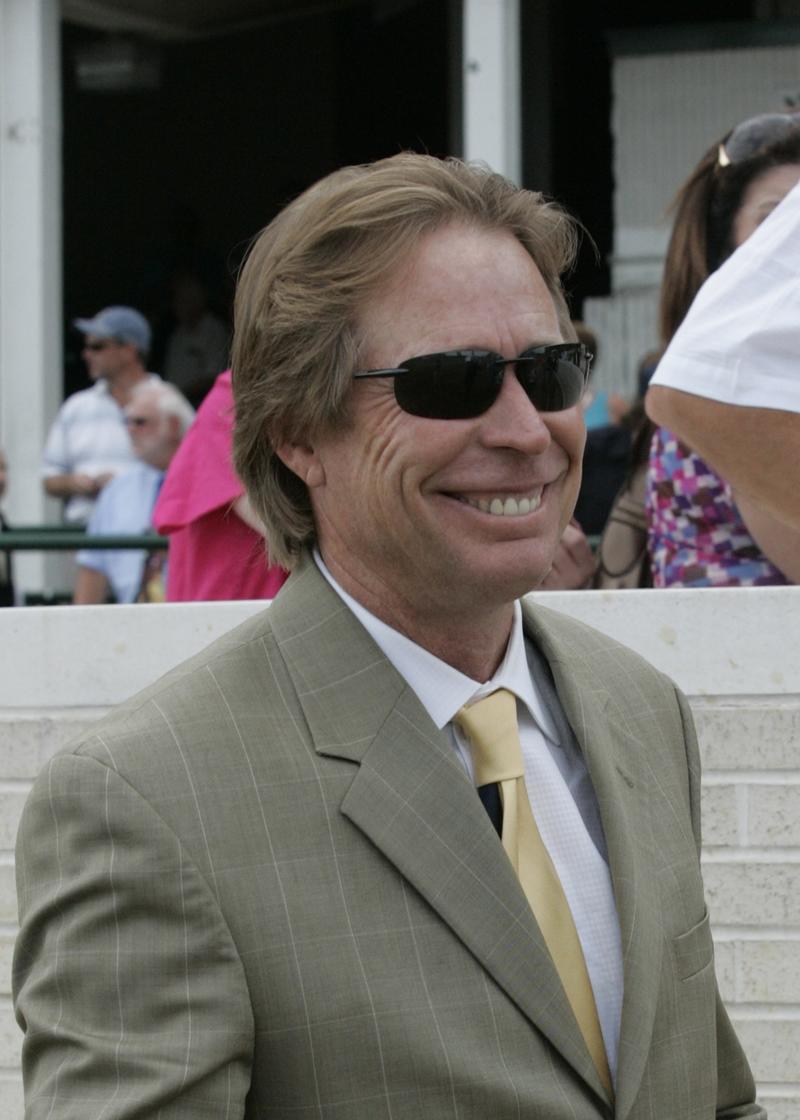 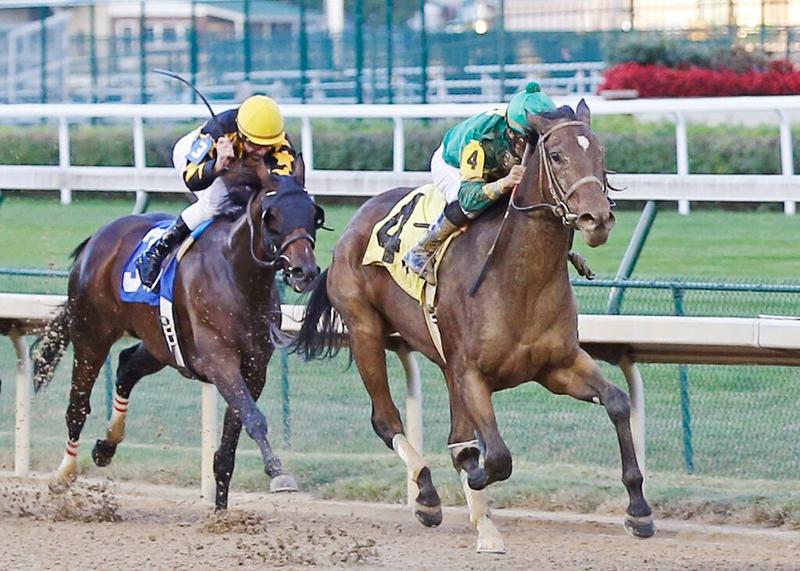 LOUISVILLE, Ky. (Sunday, Nov. 22, 2015) – GMB Racing’s Tom’s Ready, second in the Street Sense on Nov. 1 last time out, could potentially add to what has been a highly successful meet for trainer Dallas Stewart in Saturday’s $200,000 Kentucky Jockey Club Presented by TwinSpires.com (GII) at Churchill Downs.

“He’s the highest 2-year-old in my barn,” Stewart said. “He worked real well last time. He went five furlongs in one minute and galloped out in 1:14 which is really hard for a 2-year-old to do, so he’s got some talent. He finished his work off well and then accelerated, so that goes to show you that he’s got a couple of gears. That was nice to see him do that. I thought he ran real well last time.”

The Pennsylvania-bred son of More Than Ready has made four career starts and broke his maiden on his third attempt at Churchill Downs before a runner-up effort in the Street Sense to Mo Tom, who also is owned by GMB Racing (trained by Chris Richard). While none of his races have been around two turns, Stewart believes Tom’s Ready is one that the change should not be a problem.

“It looks like stretching out to two turns should suit him just fine,” he said. “This race is a marquee race as far as two turns for 2-year-olds go – you also get points (10-4-2-1) for it and on top of that it’s at Churchill Downs so it’s nice to get some experience over the track. Hopefully we’re talented enough to get back here in the spring. This time of the year is the time to really get started going around two turns if they haven’t already done so. You condition them, train them and there’s no secret to it. You just have to do it and see if it fits them.”

In 10 starts on the Fall Meet, Stewart has been in the money seven times, four of which were victories.

“A lot of horses trained real well in August and ran real well in September,” Stewart said. “We didn’t run much in October. We just rested up for this meet and these horses have all trained a lot through the summer. A lot of them seem to have a good bit of talent. We have a lot of nice babies so hopefully they’re starting to come along. Keeping them healthy is always important. They always need a lot of rehabilitation. A lot of them have performed real well.”

Both are coming off runner-up efforts in stakes earlier at Churchill Downs’ Fall Meet.

Ahh Chocolate was beaten 4 ½ lengths by Seajay Racing’s Spelling Again in the one-turn, one-mile Chilukki (GII). Howard believes that while stretching back out to two turns should suit the daughter of Candy Ride well, the race will turn out to be a tough one.

“It will help her but she is just 3, and the Falls City is the Falls City,” Howard stated. “It always draws a good field and should be a tough race for her.”

Ahh Chocolate began her racing career at age 3 and has been in the money in five of her eight career starts which includes a third-place finish in the Black Eyed Susan (GII) at Pimlico on May 15.

“I’m thinking that she should be even better as an older filly,” Howard said. “She’s got the physical makeup for it and she’s got the pedigree for it. But it’s all conjecture until it happens. She’s always been a big filly, especially for one that’s by Candy Ride, so that’s why we felt like she was maybe a little bit ahead of her time physical and mentally she’s always been way ahead. That’s why we’ve jumped into races against older fillies mares sooner rather than later. Her last race was good. She’s doing well and she likes this racetrack.”

Dream Dance, a runner-up in two of her three outings over the Churchill main track, also is looking for her first grades stakes victory in the Golden Rod. Last time out the daughter of Afleet Alex was a runner-up beaten 1 ½ lengths behind highly-regarded filly Stageplay, who also is pointing to the Golden Rod.

“She [Dream Dance] should benefit from stretching out, but like the Falls City with Ahh Chocolate, it [Golden Rod] should prove to be a tough field. The other filly that beat her last time [Stageplay] will be tough and you have McPeek’s filly [Dothraki Queen] in there, too. Stretching out never hurts but all these races are looking really deep.” 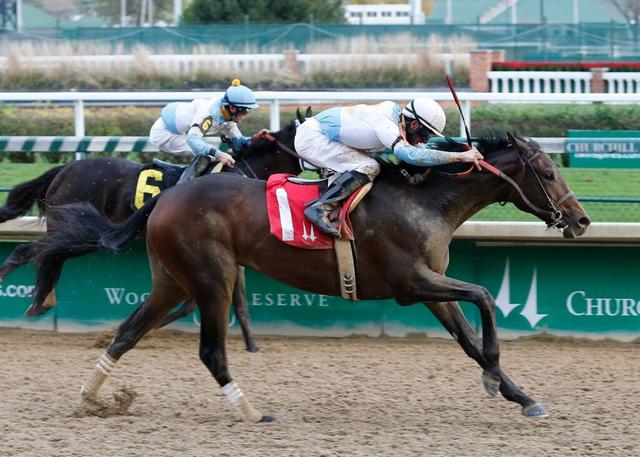