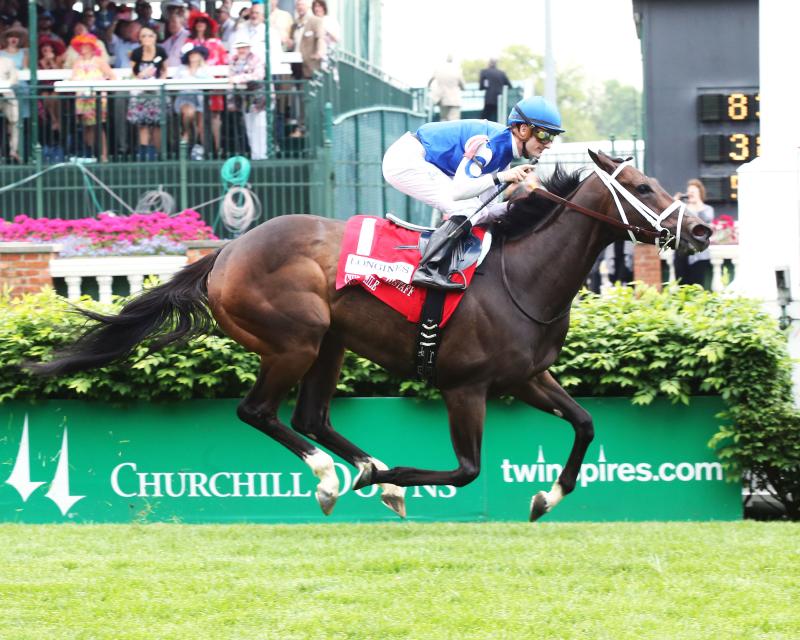 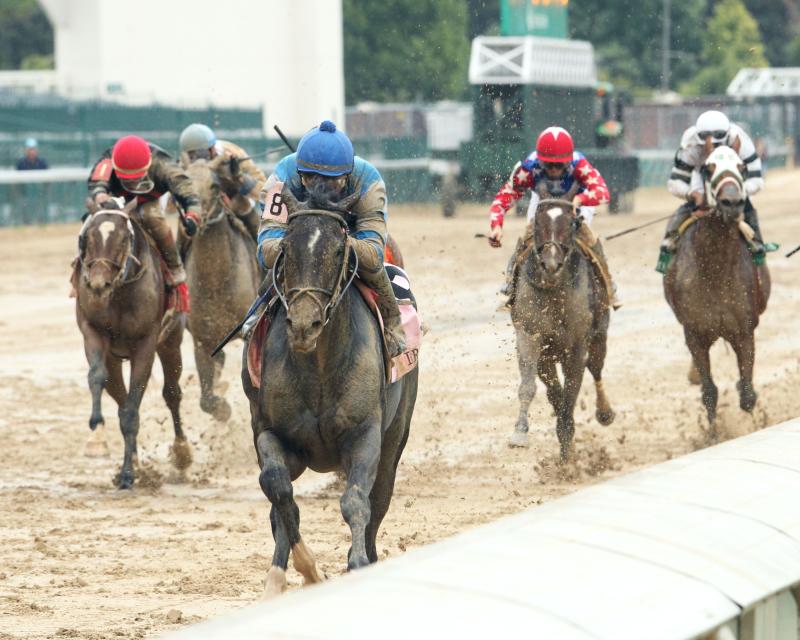 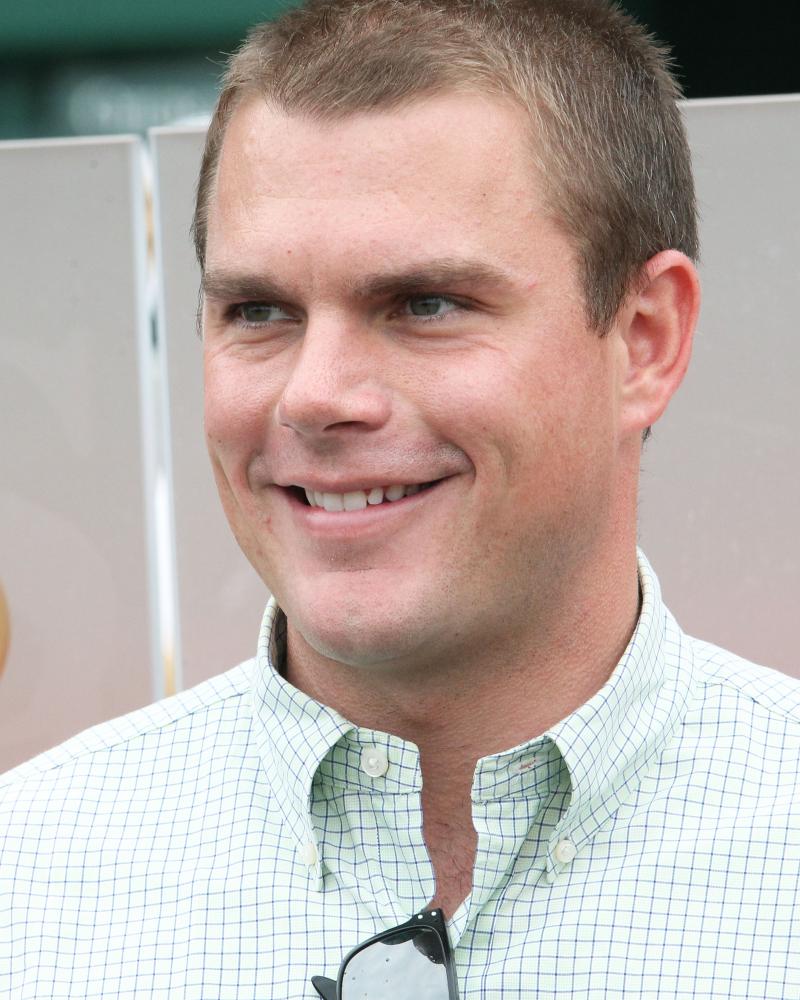 GMB Racing’s Tom’s Ready was doing well the morning after dethroning Champion Sprinter Runhappy in Saturday’s $100,000 Ack Ack Presented by TwinSpires.com (Grade III) and is set to make his next start in the $1 million Las Vegas Breeders’ Cup Dirt Mile (GI) at Santa Anita on Nov. 4.

“He cooled out good and came back from the race really well,” said trainer Dallas Stewart’s assistant Bentley Combs. “(He) ate up well (Sunday) morning and he walked around real fresh (Sunday) morning, too. It looks like we’ll keep on going with him.”

Nearly 30 minutes after the son of More Than Ready won the Ack Ack, the Stewart barn was well represented at Belmont Park when Forever Unbridled won the Beldame (GI) punching her ticket to the Longines Breeders’ Cup Distaff (GI) at Santa Anita on Nov. 4.

Everyone’s happy this morning,” Combs said. “Good energy is a good way to put it. I don’t know how else to describe it. We’re happy for both of them. I think Runhappy ran a nice race but I think we can beat him again.”

Stewart, who was on his way back from saddling the now dual Grade I winner Forever Unbridled in New York spoke highly of both horses’ efforts.

“They came back real good,” Stewart said. “Now we’re just trying to get the Breeders’ Cup so we’ll be training up, hopefully do a good job and go get the money.”

The Ack Ack was the second graded stakes victory for Tom’s Ready who this summer won the Woody Stephens (GII) at Belmont Park on June 11. Prior to that he was 12th in the Kentucky Derby Presented by Yum! Brands (GI). The Beldame was Forever Unbridled’s third graded stakes triumph this year, who entered her 4-year-old campaign with wins in the Houston Ladies Classic (GIII) at Sam Houston on Jan. 30 and the Apple Blossom (GI) at Oaklawn Park on April 15.

“She got here (Sunday) morning and she’ll go out to the track (Monday) and just jog,” said son and assistant Norman Casse. “It’s all systems go for the First Lady.”

The daughter of Bernstein has put together a spotless 5-year-old campaign remaining undefeated in six starts this year, punching a pair of victories at Tampa Bay Downs this winter in the Feb. 12 Endeavour (GIII) and the March 13 Hillsborough (GII) that were followed by decisive wins in the April 16 Jenny Wiley (GI) at Keeneland and May 7 Churchill Downs Distaff Turf Mile (GII). She then took her talents overseas to Royal Ascot where she defeated some of the world’s top milers in the Queen Anne (Group 1) before her most recent win in the Woodbine Mile (GI) on Sept. 17.

“I think we know that it’s California Chrome’s title to lose,” Casse said. “He’s had an unbelievable year. We’re just honored to be in the (Horse of the Year) discussion. We hope to end her campaign the right way. We’ve got two more races this year so all we can do is hope for the best.”

Casse discussed how Tepin came out of her most recent effort at Woodbine.

“I was really surprised; when she came back from Woodbine I thought the she would be more tired,” Casse said. “She was really tired after the race, she had to ship back to Saratoga and I thought that it would knock her out. As soon as she came back to the racetrack three days later, she was better after the Woodbine Mile than she was going in. She seems happy to be back at her home at Churchill so she should move forward from Woodbine.”

NO FUTURE PLANS SET FOR LUKAS CLASSIC VICTOR NOBLE BIRD – Trainer Mark Casse’s son and assistant Norman was unsure of where Noble Bird, the winner of Saturday’s Lukas Classic (Listed), would make his next start.

“I don’t know what we’re doing with him next,” Casse said. “He’s a really solid horse. He’s a horse that when he runs his A-race he’s tough to beat but we have to find races where he can get comfortable early on and not get pressed so much. He looked pretty good. He always lays it on the line so I think that he was a little tired (Sunday) morning but otherwise he looked good.”

The Lukas Classic marked the second stakes victory under the Twin Spires for the son of Birdstone, who captured last year’s Stephen Foster Handicap (GI). It also was Noble Bird’s first win since a stellar 11 ¼-length romp in the Pimlico Special (GIII) on May 20. Since then he was soundly defeated in the Belmont Park’s Metropolitan Handicap (GI) and Saratoga’s Whitney Handicap (GI).

“We’ve ran him in some pretty tough races so we gave him a little confidence booster,” Casse said. “He obviously loves Churchill, but I don’t know if the fact that he’s a horse for course more than the fact that he really had a nice month-and-a-half at Saratoga where he was breezing and thought that he was going to run a really good race regardless of where he ran (Saturday) and also he’s a funny horse. He needs things to go his way in a race and they let him loose on the lead and he’s tough to beat when they do that.”

ROMANS BREEZES TWO-YEAR-OLD TRIO – It was a busy Sunday morning for trainer Dale Romans, who sent out impressive Iroquois (GIII) winner Not This Time and promising maiden victors Signing Bullet and Sweeping Paddy for timed workouts.

Owned by Albaugh Family Stable, Not This Time went a half-mile in :49 which was the son of Giant’s Causeway’s first serious workout since his eye-opening victory in the Iroquois. He’s being trained up to the $2 million Breeders’ Cup Juvenile (GI) on Nov. 5 at Santa Anita.

Singing Bullet, a two-length maiden winner at Ellis Park on Sept. 2, went five furlongs in 1:02.20 in preparation for his start in Saturday’s $500,000 Claiborne Breeders’ Futurity (GI).

DOWN THE STRETCH – Sunday’s closing day card at Churchill Downs features a $64,595 carryover in the Single 6 Jackpot, which has a mandatory payout because of the meet’s conclusion. The six-race sequence will cover Races 5-10 starting at 2:45 p.m. … Robby Albarado, seeking his first local riding title since the 2008 Spring Meet, entered the closing day card with a 15-11 lead over Corey Lanerie in the jockey standings. … Dale Romans is attempting to land his 14th Churchill Downs training title with a 6-4 lead over Steve Asmussen, “Buff” Bradley and Kenny McPeek. … Owners Ken and Sarah Ramsey have four horses entered on closing day in an attempt to snag their record-extending 27th leading owner’s crown and snap a six-way tie for the top honors. The following owners have two wins each at the September Meet: the Ramseys; Clifford J. Grum; Gunpowder Farms LLC; William Stiritz; Stoneway Farm; and West Point Thoroughbreds. … Racing on the Kentucky circuit shifts to Keeneland on Friday. Racing will return to Churchill Downs on Sunday, Oct. 30 for the 127th Fall Meet that covers 21 dates through Sunday, Nov. 27.