Lothenbach Stables’ Bell’s the One and Fred Schwartz’ Sconsin, two of the top prospects for this year’s Breeders’ Cup Filly & Mare Sprint (GI), are set to duel once again in Saturday’s $300,000 Open Mind (Listed) at Churchill Downs.

Three months ago, Bell’s the One and Sconsin faced one another in the $110,000 Roxelana where Bell’s the One scored the three-quarters of a length victory at odds of 2-1. Trained by Neil Pessin, the accomplished mare Bell’s the One has recorded nine victories from 19 lifetime starts and topped more than $1.1 million in purse earnings with her victory in the $200,000 Honorable Miss (GII) at Saratoga.

The six-furlong Honorable Miss was the first time in Bell’s the One’s career she was the post time favorite. Jockey Corey Lanerie, who has ridden Bell’s the One in 14 prior starts, has the mount Saturday from post No. 5.

Four-time winning filly Sconsin, trained by Greg Foley, was made the 7-5 favorite in the Roxelana but was passed in deep stretch by Bell’s the One. Sconsin’s 2021 campaign has included a victory in the $150,000 Winning Colors (GIII) by 3 ¼ lengths under jockey Tyler Gaffalione. Her most recent start was a fourth-place finish behind Gamine in the $500,000 Ballerina (GI) at Saratoga. Gaffalione has the call from post 2. 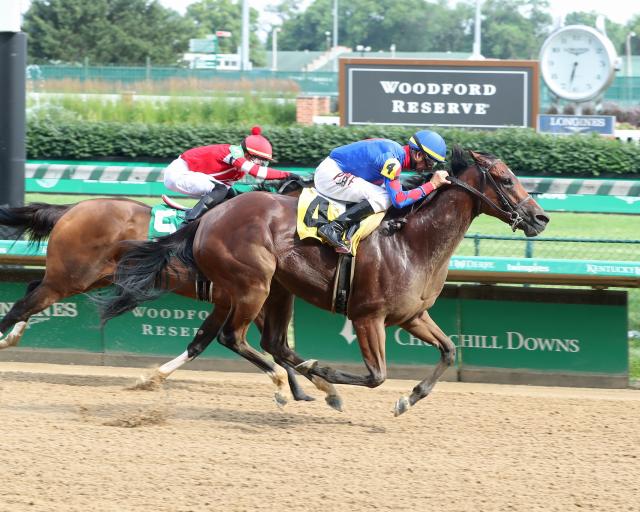