Covfefe smashed Pimlico Race Course’s six-furlong track record in the $150,000 Miss Preakness with a final time of 1:07.70 as she defeated eight fillies by 8 ½ lengths on May 17. Trained by Brad Cox, Covfefe (4-3-0-0—$196,200) debuted in September at Churchill Downs with a 9 ¼-length maiden victory under jockey Shaun Bridgmohan. Following a fourth-place effort in the Oct. 7 Frizette (GI), Covfefe returned as a 3-year-old with a gutsy half-length score in a first-level allowance event at Keeneland in early April.

Bridgmohan has the call on Covfefe, who will break from post position No. 2 as the lone 3-year-old filly in the field of 10 fillies and mares.

Covfefe’s biggest threat is three-time stakes-winning filly Mia Mischief. Trained by Steve Asmussen, Mia Mischief (14-6-6-0—$883,420) scored an 11-1 upset in the $500,000 Humana Distaff when she defeated favorite Marley’s Freedom by 1 ¾ lengths on Kentucky Derby Day. The classy daughter of Into Mischief had a stellar 3-year-old campaign with a victory in the Eight Belles (GII) at Churchill Downs and a narrow runner-up effort in the Test Stakes (GI) at Saratoga. Mia Mischief began her 4-year-old campaign with a three-length score in a conditioned allowance event at Oaklawn and a runner-up effort in the Carousel Stakes prior to her Humana Distaff triumph.

Upset Brewing (23-3-11-4—$259,320) will seek her first victory at Churchill Downs from post 7 under Edgar Morales. She is 0-for-8 with five seconds and two thirds beneath the Twin Spires.

Before Thursday’s races begin, Churchill Downs’ jockeys and track officials are scheduled to visit young patients and their families and friends at Louisville’s Norton Children’s Hospital for a 32nd consecutive year. Jockeys are scheduled to depart the track for the hospital at 1 p.m.

Sunday is Family Adventure Day presented by Kroger. There will be more than 20 fun activities for kids under 12 in the Plaza, a family viewing area to watch live racing and special family ticket packages that start at $10 in advance (children under 2 are admitted free). The theme is “Get Outdoors” and families can learn about all that Louisville’s great outdoors has to offer with activities from The Parklands of Floyds Fork, Louisville Parks and Recreation, Kentucky Department of Agriculture and more. Additional event features include stick horse races, a petting zoo, mini pony rides, face painting, bounce houses, an obstacle course, corn hole, a bubble station, as well as a special area for children under 3. For more information or tickets, visit www.churchilldowns.com/tickets. 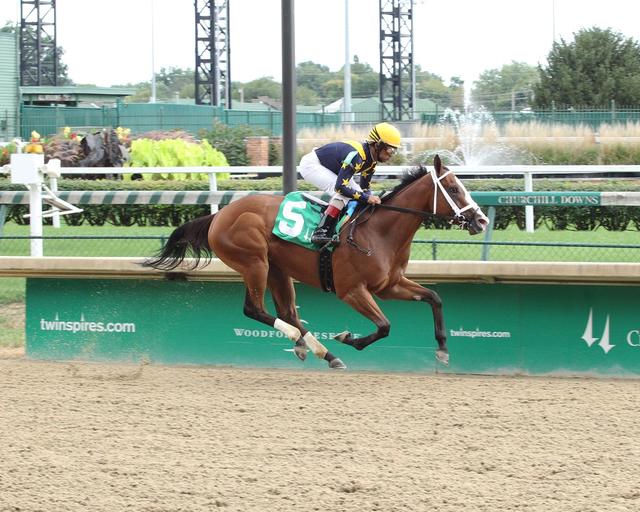