Trainer Quotes From The 148th Running Of The Longines Kentucky Oaks 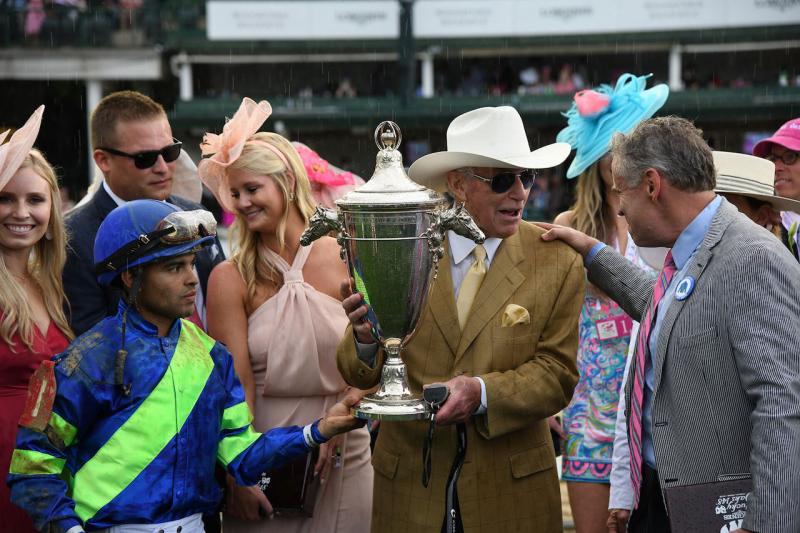 D. Wayne Lukas, trainer of Secret Oath (First) – “I thought the race unfolded like we expected. Being in the one hole we didn’t have much choice on what to do. I told Luis (Saez) that down the backside to get into position. When I saw him moving around the turn and I turned and hugged my wife and said ‘here we go.’ It feels great. I’ve said all week, as trainers we think it’s us. After you win one, the real satisfaction is for the (owners) who raised her and let them have the opportunity to enjoy this and get the thrill.”

Todd Pletcher, trainer of Nest (Second), Shahama (Sixth), Goddess of Fire (11th) – “I’m really happy for Wayne. If I couldn’t win this race, I was rooting for him. Irad (Ortiz Jr.) told me that he couldn’t get out the whole race. He had to wait and wait. When he finally got loose she ran big. (Shahama) Flavien (Prat) said she didn’t break well and he couldn’t get over inside during the race. He said he got bumped on the turn and she closed a bit. I think the post really hurt her. (Goddess of Fire) Johnny (Velazquez) said she didn’t care for the track at all.”

Phil D’Amato, trainer of Desert Dawn (Third) – “She ran her heart out for us. She even gave us a goosebump moment. But, in the end, it didn’t quite work out. We’re really proud of her.”

Steve Asmussen, trainer of Echo Zulu (Fourth) – “Congratulations to the winner. Lukas winning the Oaks was far better than anything I could ever do. It is a beautiful moment for Wayne, unbelievably deserving with a great mare.”

Shug McGaughey, trainer of Kathleen O. (Fifth) – “They were going pretty fast up front and she made a pretty big run around the turn but didn’t have enough.”

Brad Cox, trainer of Turnerloose (Seventh) – “I was very happy to see Wayne win. It was very exciting, and I was really rooting for him late in the race after I watched my filly and saw that she wasn’t going to win it. I turned my attention to the leaders, he (Lukas) was in front at that point. It was an exciting race. I was very happy for Wayne. Will I be winning the Oaks at 86? I sure as hell hope so. I just hope maybe to have a runner in the Oaks at 86. Turnerloose came out of the race fine, so far. She ran a respectable race. Proud of the effort. We’ll see what happens going forward.”

Kenny McPeek, trainer of Cocktail Moments (Eighth) – “I thought that Corey (Lanerie) rode her perfectly, and as I’ve said it was a big step up. I liked her race for the most part, and I thought that after her finish in the Ashland (second to Nest), that she deserved a shot. It looks like she came out of the race in good shape, so we’ll regroup and go on from here.”

Keith Desormeaux, trainer of Candy Raid (Ninth) – “You could see them going fast up front. Rafael (Bejarano) tried to get into a position around the turn but wasn’t able to be in the best spot.”

Bill Mott, trainer of Nostalgic (10th) – “Jose (Ortiz) told me that he clipped heels at the three-eighths pole with (Kathleen O.) Obviously that didn’t help anything. I need to look at the replay and I will have a better understanding of what happened.”

Bret Calhoun, trainer of Hidden Connection (12th) – “She was in great position the entire way. We were where we wanted to be, but we didn’t have enough horse to continue on. It got tight in there in the turn, but if she was a good enough horse, she could have continued on at that point. It just wasn’t her day today.”

Rodolphe Brisset, trainer of Yuugiri (13th) – “She seems to have come back good. It was probably just a distance she doesn’t want any part of. Flo (Geroux) did a great job. We’ll get her home and regroup now. Just a little fast and a little too far.”

Jorge Abreu, trainer of Venti Valentine (14th) – “There was a lot of bumping around, and she caught a lot of it. But she did all right. She’ll be OK going forward.” 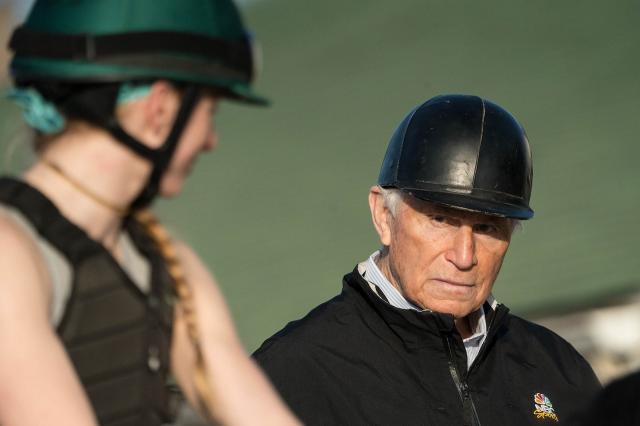