Columbine Stable’s undefeated 3-year-old filly Carribean Caper will attempt to land her fifth consecutive victory Saturday as the likely favorite in the 46th running of the $275,000 Dogwood Stakes (Listed) at Churchill Downs.

The seven-furlong Dogwood drew a compact field of seven 3-year-old fillies and was carded as Race 8 with a post time of 4:22 p.m. (all times Eastern). Saturday’s 11-race card features a stakes trio including the inaugural runnings of the $275,000 Bourbon Trail and $275,000 Harrods Creek, both for 3-year-olds. First post is 12:45 p.m.

Trained by Al Stall Jr., Carribean Caper began her career at Fair Grounds with a scintillating eight-length score. The daughter of Speightstown then cruised to a 4 ½-length first-level allowance victory at Keeneland. Following three months away from the races, Carribean Caper returned in a conditioned allowance event at Ellis Park where she dominated four rivals by 4 ½ lengths. In her most recent start, the Kentucky-bred defeated Magic Quest by one-length in the $100,000 Audubon Oaks at Ellis. Colby Hernandez, who has been aboard Carribean Caper for all four of her lifetime starts, will ride from post No. 2.

Racing at Churchill Downs continues Thursday-Sunday. Thursday’s eight-race card has a first post of 5 p.m. for Twilight Thursday presented by Blue Moon. The evening features $1 Blue Moon and select domestic beer, local food trucks and live music from Kr8vN8vs. Racing on Friday-Sunday will have a first post of 12:45 p.m. Tickets and more information for racing this week can be found at www.ChurchillDowns.com/tickets.

Select action from Saturday’s card at Churchill Downs are also scheduled to air from 12:30-3:30 p.m. on Fox Sports 2 as part of “America’s Day at the Races.” 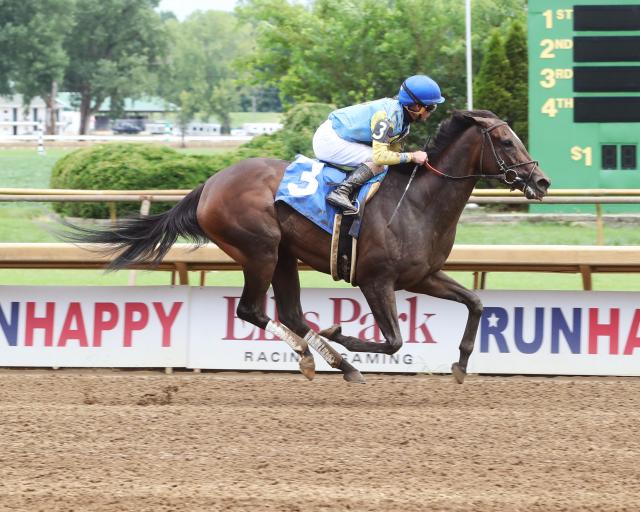