Alnaseem, who was ridden to a 3 ¾-length victory on the Matt Winn Turf Course by Adam Beschizza, was Vaughan’s ninth starter in the U.S.

“We got over to the U.S. in November and have been stabled at Keeneland since then,” Vaughan said. “In (Alnaseem’s) stateside-debut, she ran as we expected. She was training well but had to get used to learning how horses run here being quicker from the gates.”

Beschizza and Vaughan have teamed up several times in Europe prior to Beschizza moving his tack to the U.S. in late 2017. The 28-year-old Beschizza used to be Vaughan’s primary stable jockey in Europe.

Vaughan took out his trainer’s license in 2004 and was based at Newmarket until his move to Keeneland in 2020. He spent four years working in the U.S. after graduating from the Irish National Stud course. He served as the assistant trainer to Noel Chance prior to joining forces with the late Alec Stewart. Vaughan started training on his own following Stewart’s death in 2004, eventually moving his stable to Newmarket in 2011.

“The Kentucky circuit is a good place to be based,” Vaughan said. “Being at Keeneland it gives you the option to ship to many tracks around the area including Churchill Downs.” 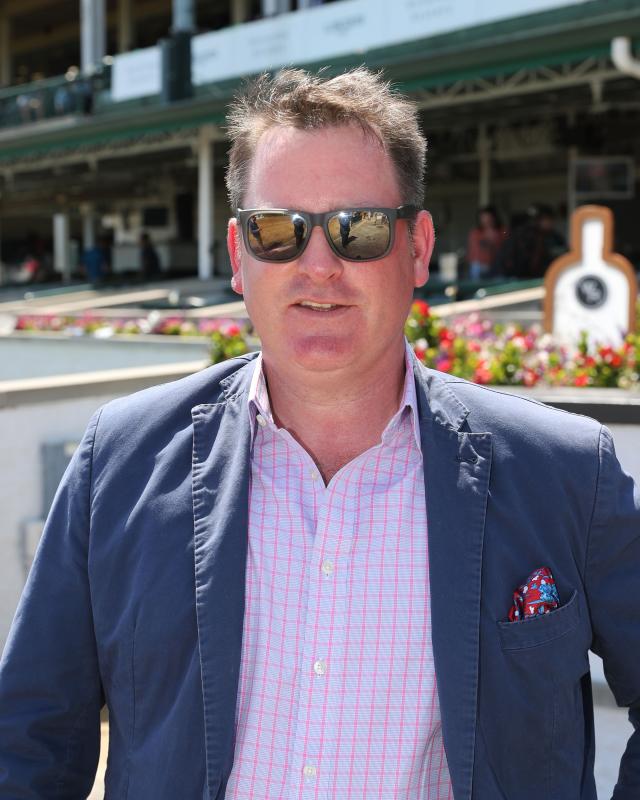