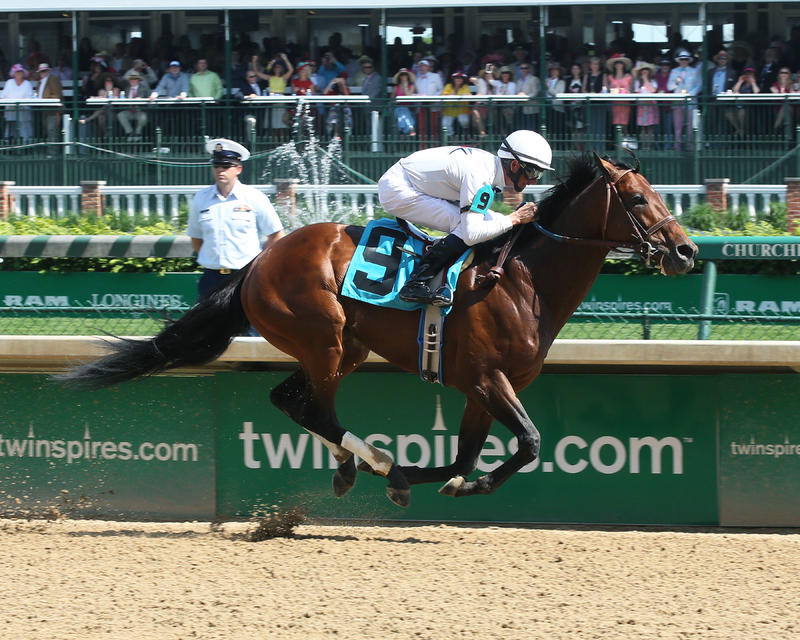 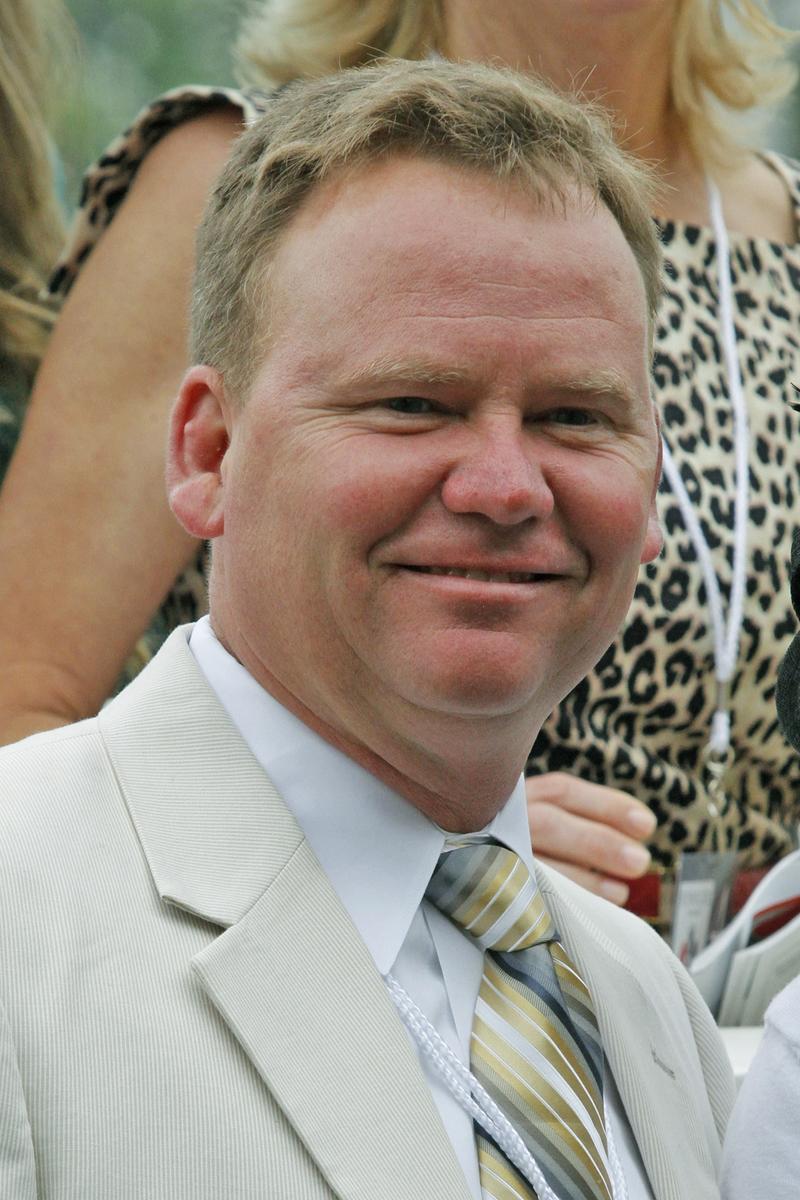 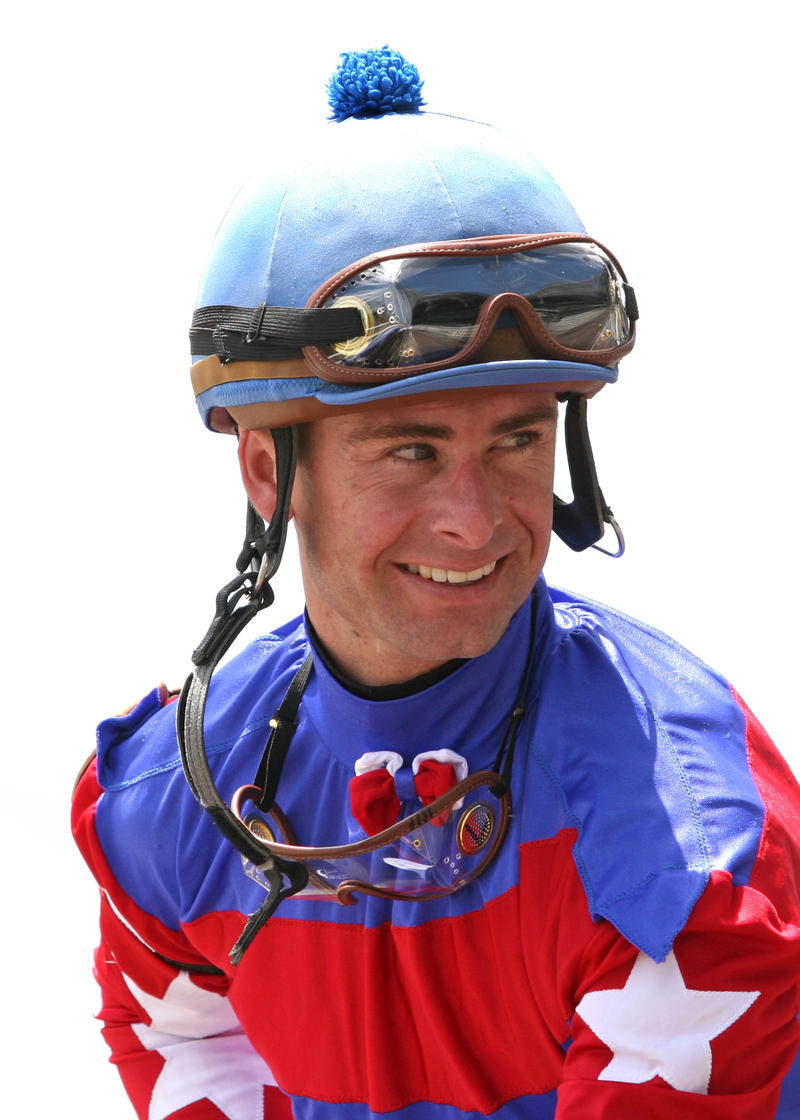 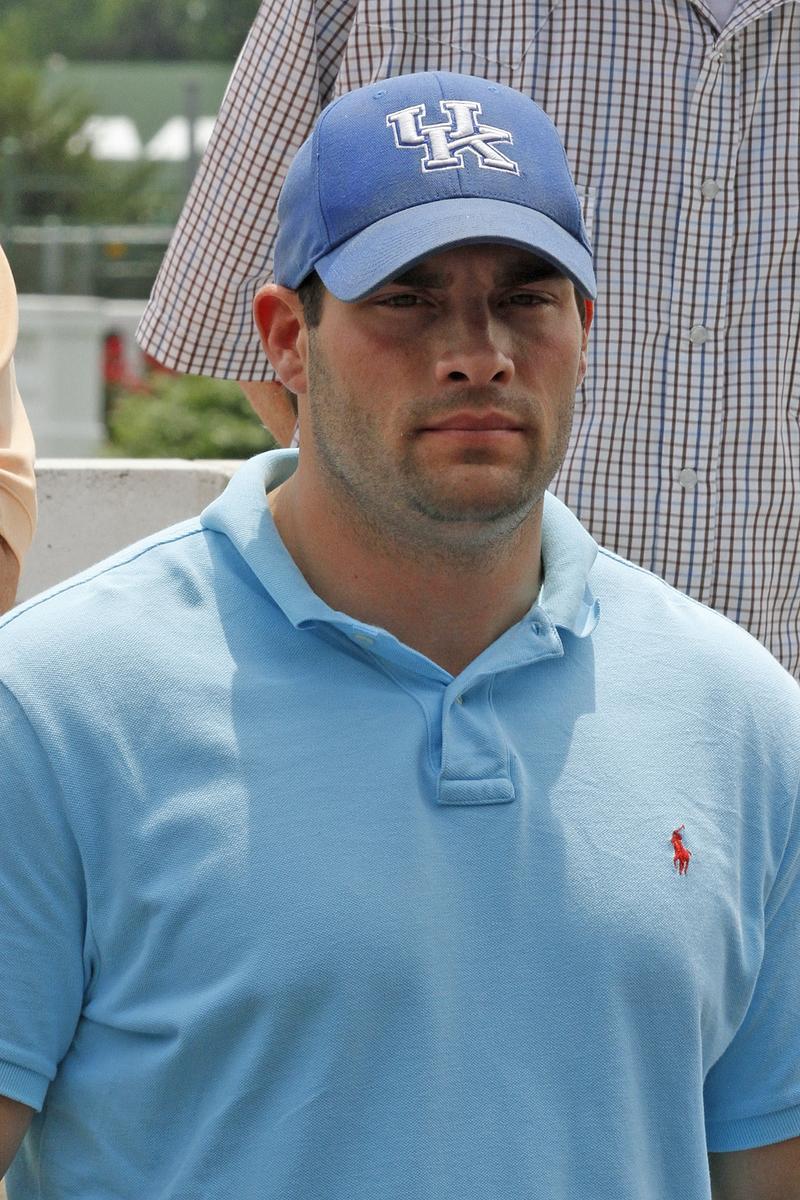 Gallant Stables’ 8-year-old Majestic Harbor, the 13-1 surprise runaway winner of the $400,000 Alysheba (Grade II) on Kentucky Oaks Day, readied for his engagement in the $500,000 Stephen Foster Handicap (GI) with a five-furlong breeze in 1:00.40 on Friday morning at Churchill Downs – the fastest of 20 moves at the distance.

“He worked really good and did it all on his own without much asking,” Lanerie said. “When I asked him to finish, he finished strong and was just cruising.”

He returned to McGee’s care in the early 2015 and signaled his return to top form this winter with a game head victory over Eagle in the $125,000 Mineshaft Handicap (GIII) at Fair Grounds. Two races later, he beat that rival again, this time by 2 ½ lengths, in the Alysheba.

“He’s a classy horse, he’s a millionaire and he showed his class,” McGee said after the Alysheba. “He’s been a very sound horse all along, he really has.”

“I think he’s gotten even better than he’s ever been,” Lanerie said. “He sure seems that way. Right now, he’s a happy, happy horse.”

Weights for the June 18 Stephen Foster Handicap will be released Saturday.

The field for the 1 1/8-mile race is expected to be led by $2,682,950-earner Effinex, the four-time graded stakes winner from the Jimmy Jerkens barn in New York who won last fall’s Clark Handicap Presented by Norton Healthcare (GI) after finishing second to Horse of the Year and Triple Crown-winner American Pharoah in the Breeders’ Cup Classic (GI).

The 1 1/16-mile race for fillies and mares will precede a simulcast of the $1.5 million Belmont Stakes and goes as the final race on an 11-race program that begins at 12:45 p.m. (all times Eastern). The Old Forester has a post time of 5:51 p.m. and the Belmont Stakes simulcast is scheduled for 6:37 p.m.

CHURCHILL DOWNS TO HONOR ALI WITH ICONIC IMAGE ON MASSIVE VIDEO BOARD OVERNIGHT – Churchill Downs will pay tribute to Louisville-born legend Muhammad Ali by displaying an iconic image of the boxing champion and humanitarian on the track’s massive video “Big Board” Thursday night into Friday morning.

The image of Ali on Churchill Downs’ main track was taken by sports photographer Curt Gunther in 1963, and surfaced earlier this week on various news and social media outlets.

Ali will be buried and memorialized in his hometown on Friday.

Friday’s 9 a.m. motorcade through the city to bury Ali at Cave Hill Cemetery is not expected to impact traffic flow into Churchill Downs, which has a 12:45 p.m. first post. A public memorial is scheduled for 2 p.m. at the KFC Yum! Center in downtown Louisville. Churchill Downs will salute “The Greatest of All Time” by observing a moment of silence during its program.

When news broke of Ali’s death last Friday, Churchill Downs lit its signature Twin Spires red and black to honor Ali. The colors were chosen by family friend John Ramsey, who will be a pallbearer at Ali’s funeral, to recognize the Champ’s passion for the academic and athletic programs of the nearby University of Louisville.

DOWN THE STRETCH – Thursday’s 20-cent minimum Single 6 Jackpot Carryover on Races 3-8 has reached $514,871. The Single 6 Jackpot will be paid only if there is a single winning ticket, but 90 percent of each day’s betting pool is returned to bettors when there are multiple tickets. The average 20-cent payout for the low 15-percentage takeout wager is $7,532. … Churchill Downs will offer advance wagering on Saturday’s $1.5 million Belmont Stakes (Grade I) all day Friday. … Friday at the Downs doubles as “Senior Day” where seniors age 60 and up will enjoy a day at the races, including lunch, in Millionaires Row 4 for just $24. The event is sold out. … Mark Casse, attempting to land his first Churchill Downs training title since the 1988 Spring Meet, has a 16-15 lead over five-time Churchill Downs leading trainer Mike Maker through the first 27 days of the 38-day Spring Meet. Maker saddled three winners last week. Kenny McPeek is third with eight trips to the winner’s circle. … Ten-time Churchill Downs champion jockey Corey Lanerie rode eight winners last week to claim a 36-31 lead in the rider standings over nine-time local leader Julien Leparoux, who is seeking his first Churchill Downs riding title since the 2011 Fall Meet. Newcomer Florent Geroux is third with 21 winners followed by Robby Albarado’s 21 and Brian Hernandez Jr.’s 19. … Churchill Downs’ all-time leading owners Ken and Sarah Ramsey are in pursuit of their 26th local title. They have won with 10-of-31 starters to lead the way, four more than John C. Oxley’s six victories. Four owners have won five races: Ernie Semersky and Dory Newell’s Conquest Stables LLC; Sheri McPeek’s Magdalena Racing; Richard and Karen Papiese’s Midwest Thoroughbreds Inc.; and Maggi Moss. … Geroux has 14 stakes engagements at Belmont Park through Saturday: Brandybend in the Belmont Coronation, Harlands Thunder in the Astoria and Rapid Rhythm in the Intercontinental on Thursday; Blip n’ Th Bye in the Jersey Girl, Havana Moon in the New York and Da Big Hoss in the Belmont Gold Cup on Friday; and Cupid in the Easy Goer, Cavorting in the Ogden Phipps, Green Mask in the Jaipur, Counterforce in the Woody Stephens, Tapitry in the Just a Game, Sloane Avenue in the Met Mile, Oathkeeper in the Manhattan and Seeking the Soul in the Belmont on Saturday. … Leparoux rides at Belmont on Friday and Saturday in eight stakes: Theogony in the Rags to Riches, One True Kiss in the Jersey Girl and Now We Can (GB) in the Belmont Gold Cup on Friday; and Carina Mia in the Acorn, Elnaawi in the Brooklyn, Take Cover in the Jaipur, Noble Bird in the Met Mile and World Approval in the Manhattan. … Lanerie will be at Belmont Park on Saturday to ride Star Hill in the Woody Stephens and Cherry Wine in the Belmont. … “Inside Churchill Downs,” co-hosted by Churchill Downs Racetrack’s John Asher and Darren Rogers, airs every Saturday from 10-11 a.m. throughout the Spring Meet on ESPN 680/105.7. This week’s show will preview the Belmont Stakes and Old Forester Mint Julep Handicap. … Belated birthday wishes to Hall of Fame trainer Jack Van Berg, who celebrated his 80th 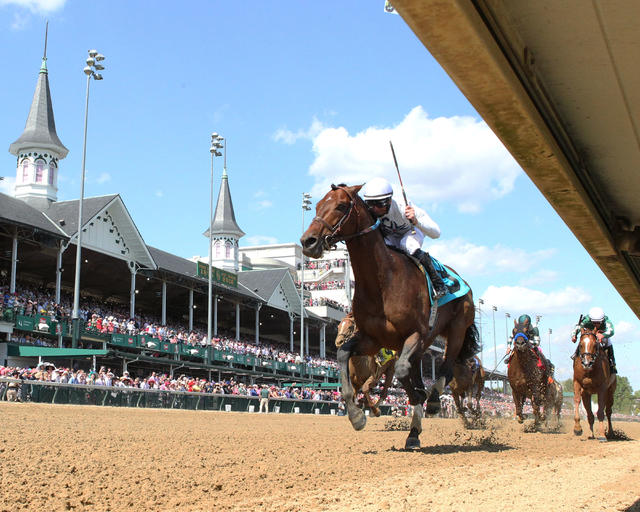