“Winning at Saratoga this summer was pretty special,” Hall of Fame trainer D. Wayne Lukas said. “When you have a horse that is doing so well I want to give them a chance to step into stakes company. I think seven furlongs to one mile will fit him perfectly. When they’re doing good, you step out of the box. If it doesn’t work, we always have a great horse to fall back on.”

“This horse runs hard every time he steps on the racetrack,” Lukas said. “He wins his share and is an absolute joy to train for the racing club.”

The Churchill Downs Racing Club was inaugurated in 2016 with 400 members split into two clubs with the goal to give a behind the scenes look into Thoroughbred ownership. The club has enjoyed exclusive club events for morning training, access to the paddock area for the horse’s races and complimentary admission to Churchill Downs.

“I never thought the club would be this successful,” Lukas said. “Now we have a horse who’s earned nearly $300,000. We have a situation where we have a very valuable horse and the club has really taken a life of its own. One of the nice things that has come out of this experience is the education. I try to share some very important industry insights with the group and bring them up to speed on what goes into training horses. I think it’s very important to give fans this perspective to grow the sport and bring in new owners.”

The Racing Club also has Party Club, a 2-year-old Sky Mesa filly who is scheduled to run in Saturday’s seventh race, a seven-furlong maiden special weight. Two weeks ago, Party Club finished a game second when she was caught late at the wire by Grats Road to lose by a head at odds of 8-1.

At least 15 members of the Racing Club have moved on to join other Thoroughbred ownership groups, according to Churchill Downs Racing Club Manager Gary Palmisano.

The Ack Ack, for 3-year-olds and up over the track’s one-turn mile distance, is one of three stakes events scheduled on the penultimate racing program of the track’s 11-day September Meet. Also on the Saturday schedule are the fifth running of the $200,000 Lukas Classic (GIII), a 1 1/8-mile race for 3-year-olds and up, and the $100,000 Jefferson Cup (Listed), a 1 1/8 mile event for 3-year-olds on the Matt Winn Turf Course. The Ack Ack is Race 10 on Churchill Downs’ 11-race program with a scheduled post time of 5:20 p.m. (all times Eastern). 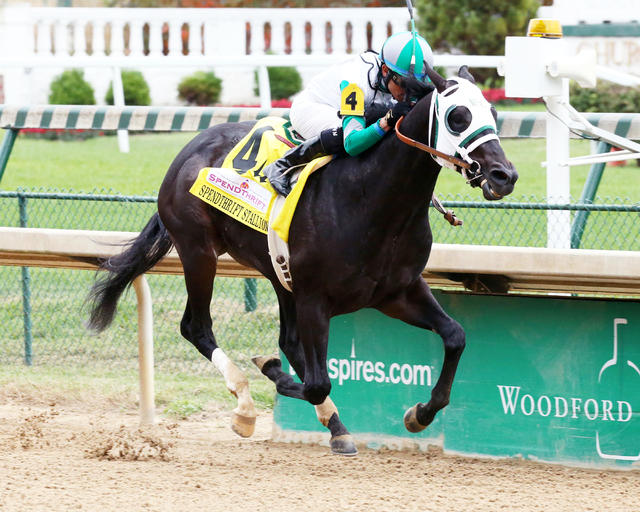