Will Call Hopes to Return to Form in Saturday's Mighty Beau

“As crazy as it may sound with not that much distance to cut back, I think he’ll actually do better going the five-eighths,” said trainer Brad Cox, who will shorten up Will Call after running his previous six starts at 5 ½ furlongs. “He’s the type of horse that needs some pace to run at and we’re hoping that we can find some in this race.”

Will Call was bred in Kentucky by Richard and Bert Klein. The Klein Family has been a part of racing at Churchill Downs since the early 1990s. Bert, who passed away in 2017 following a long illness, was a president of a bank in Louisville. His son, Richard, took over the ownership of their horses upon his passing. Richard’s mother, Elaine, was also heavily involved in horse racing until she passed away in 2013.

Richard Klein is scheduled to join “Inside Churchill Downs” Friday at 6 p.m. on ESPN 680/105.7 to talk about his family’s legacy in horse racing and Will Call in Saturday’s Mighty Beau. Those outside of the Louisville area can listen to the one-hour horse racing program on www.espnlouisville.com.

Will Call’s regular rider, Shaun Bridgmohan, will once again have the riding assignment in the Mighty Beau and break from post position No. 3.

“Last time out (in the Twin Spires Turf Sprint) he was too close early to World of Trouble and I think that probably hurt him,” Bridgmohan said. “He needs a good pace to run at and if we can find that he’ll be back on his game. He’s been training really well every time I’ve worked him.”

Bridgmohan was aboard Will Call for his last breeze on Sunday where he worked a half-mile in :48.80 on the Matt Winn Turf Course. Cox recorded Will Call’s final quarter mile in :22.80.

The Mighty Beau, carded as Race 9 at approximately 10:11 p.m. (all times Eastern), is the first of two stakes events on Churchill Downs’ Downs After Dark Presented by Budweiser 11-race program. The card also features the $125,000 Aristides in Race 10 with a post time of 10:42 p.m. The first race is 6 p.m.

In the Aristides, Hill ‘n’ Dale Equine Holdings and Windsor Boys Racing’s Hot Springs Stakes runner-up Share the Upside was made the 9-5 morning line favorite as he tops a competitive field of seven for the 31st-running of the six-furlong dash.

Trained by Hall of Fame conditioner Steve Asmussen, Share the Upside (9-4-3-1—$242,672) finished 1 ½ lengths behind multiple Grade I winner Whitmore in the March 9 Hot Springs Stakes. The 4-year-old gelding enters the Aristides off a 1 ½-length victory in a conditioned allowance race at Oaklawn on April 20.

“Going into the card I thought I was very live on paper,” said Leparoux, a nine-time leading rider at Churchill Downs. “I was lucky enough they translated that form to the races. Anytime you can win a race at Churchill it’s good but to win five in one day makes it even better.”

Leparoux, 35, began his winning streak Sunday with a victory on Homefortheweekend in Race 2. Following a fifth-place effort in Race 3 aboard Barrier Island, Leparoux won with his last four mounts: Race 5 (Hooray for Harvey), Race 7 (Trick of the Tail), Race 8 (Whiskey Echo) and Race 9 (I Can Do Anything).

Leparoux has three scheduled mounts on Thursday’s eight-race card at Churchill Downs. The native of Oise, France is slated to ride Master Fencer in next Saturday’s Belmont Stakes.

Hall of Fame trainer Steve Asmussen began the four-day racing week with a 12-11 lead over Mike Maker in the trainer standings with Eddie Kenneally in third with nine wins. In the owner standings, Maggi Moss held a 5-4 margin over Ken and Sarah Ramsey.

DOWN THE STRETCH – Multiple graded stakes winner Seeking the Soul continued his preparation for the $600,000 Stephen Foster presented by GE Appliances (GII) on June 15 with a five-furlong breeze in 1:00 Thursday morning at Churchill Downs with Emerson Chavez aboard for trainer Dallas Stewart. Nominations for the 1 1/8-mile Stephen Foster close Saturday. … Racing is set to continue Thursday with Twilight Thursday presented by Blue Moon. The evening will feature eight races with a post time of 5 p.m. along with $1 Blue Moon drafts, $1 domestic draft beer, food trucks, lawn games, one-on-one expert betting advice and live music on the Plaza Stage by Justin Paul Lewis. … Saturday is Downs After Dark presented by Budweiser. The theme is a celebration of Woodstock’s 50th anniversary with “Peace, Love & Horse Racing” and guests are encouraged to wear tie-dye. Entertainment will feature Chicago-based jam band Mr. Blotto with original and classic 60s tunes, local DJ Matt Anthony, a retro fashion contest and more. Churchill Downs admission gates will open Saturday at 5 p.m. (Paddock Gate will open at noon for simulcast wagering). General Admission is $12, reserved seating is $27 and reserved dining packages are $69. Tickets can be purchased in advance online at ChurchillDowns.com/Tickets. … Starting Friday, the VIP Gate, located between the Clubhouse and Paddock Gates, will be open for guests with pre-purchased admission tickets. … Simulcast wagering at Churchill Downs will be offered Wednesdays throughout the month of June, starting on June 5. Admission will be free on Wednesdays. 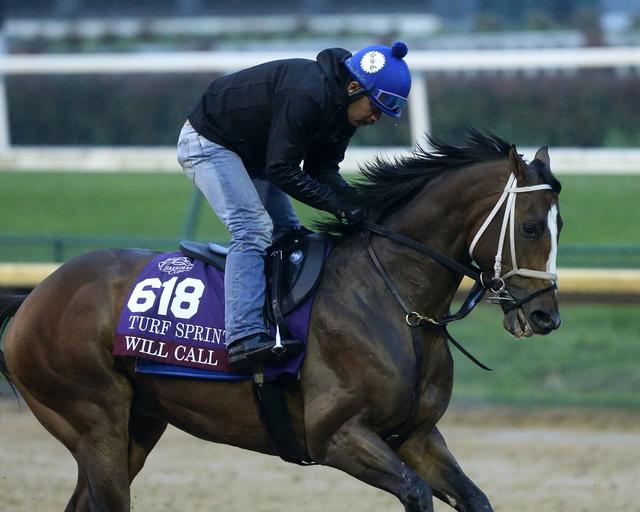