The six-furlong Winning Colors is the co-featured event on Saturday’s card along with the $100,000 Old Forester Mint Julep (GIII) for fillies and mares at 1 1/16 miles on the turf. The Winning Colors will go as Race 7 while the Mint Julep is carded as Race 11. First post for the 11-race program is 1 p.m. (all times Eastern).

The Winning Colors field is led by Grade I winners Mia Mischief and Spiced Perfection. Mia Mischief, owned by Stonestreet Stables and trained by Hall of Famer Steve Asmussen, won last year’s $500,000 Distaff (GI) at Churchill Downs. The 5-year-old mare by Into Mischief began her 2020 campaign with a 2 ¼-length allowance victory and 4 ½-length win in Oaklawn Park’s $125,000 Carousel Stakes. Asmussen’s go-to rider Ricardo Santana Jr. will be in the irons from post No. 8.

Haruya Yoshida’s newly-purchased mare Spiced Perfection will break from post 7 Saturday in her first start with trainer Mark Casse. Spiced Perfection has earned more than $1.2 million in purse earnings, which includes a Grade I score in the $300,000 La Brea for former owners Dare To Dream Stable and trainer Brian Koriner. In 2019, Spiced Perfection was transferred to trainer Peter Miller and scored a hard-fought victory in the $300,000 Madison (GI) for owners Pantofel Stable, Wachtel Stable and Peter Deutsch. Javier Castellano will have the call in Saturday’s Winning Colors.

Break Even is cross-entered as a main track-only competitor in Race 9 on Thursday at Churchill Downs. 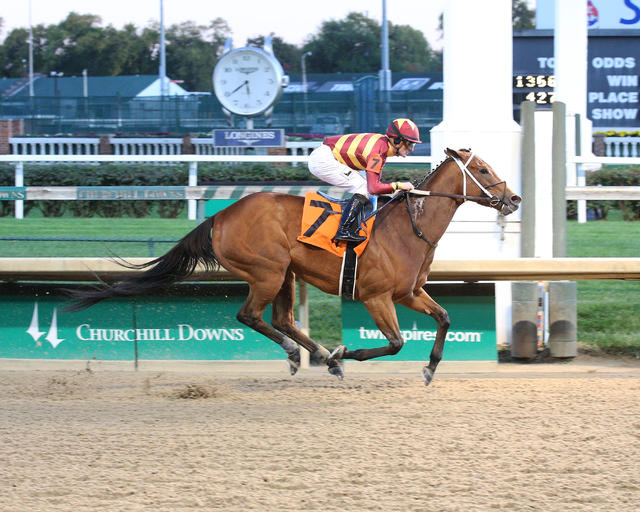