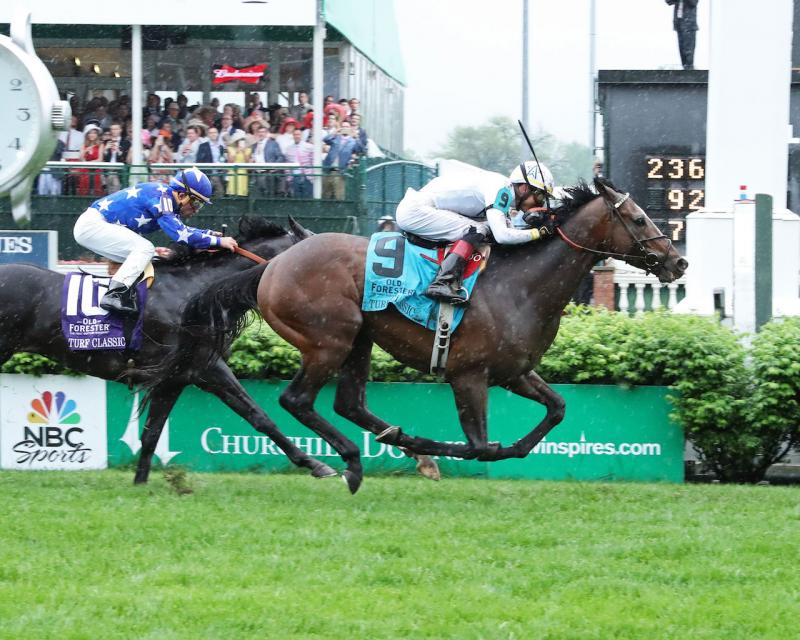 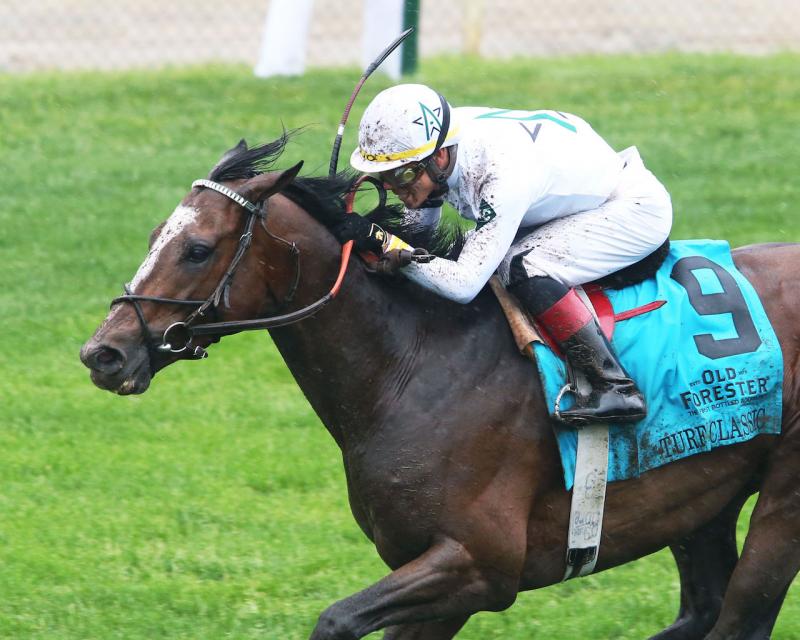 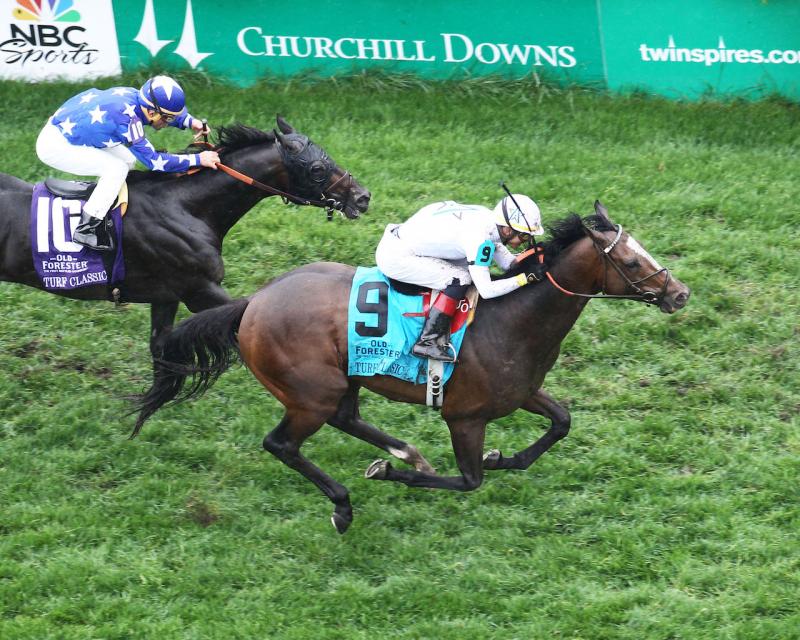 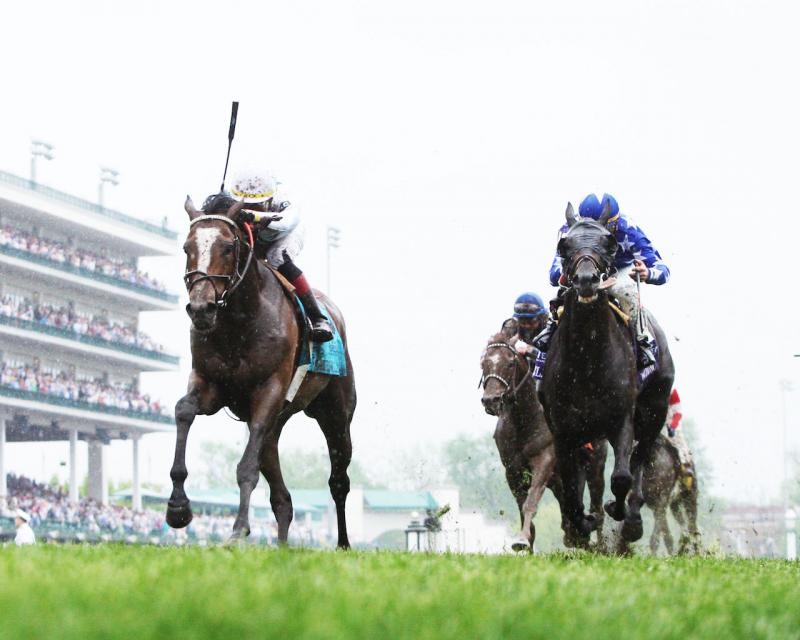 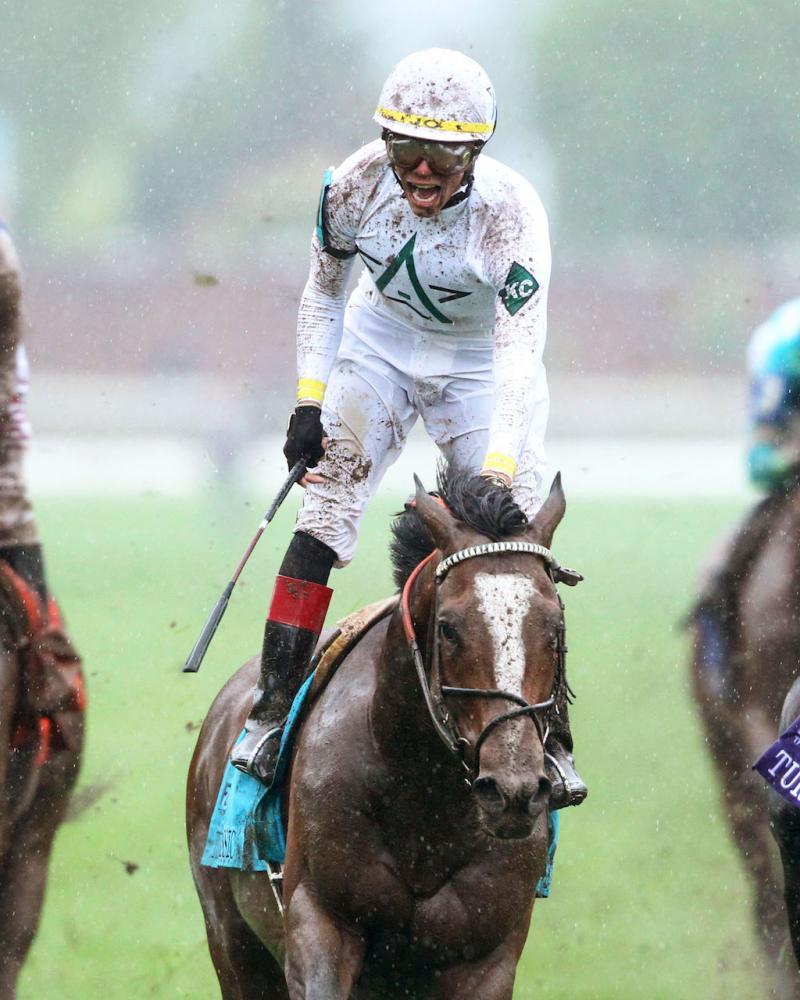 LOUISVILLE, Ky. (Saturday, May 5, 2018) – China Horse Club, WinStar Farm and Head of Plains Partners’ Yoshida (JPN) returned to the races from a seven-month layoff to turn back favored Beach Patrol by three-quarters of a length to win the 32nd running of the $500,000 Old Forester Turf Classic (Grade I) for 4-year-olds and up.

Trained by Bill Mott and ridden by Jose Ortiz, Yoshida covered the 1 1/8 miles on the Matt Winn Turf Course rated as “good” in 1:54.64. It is a record third victory in the race for Mott who won in 1994 with Paradise Creek and in 2004 with Stroll.

On the far turn, Beach Patrol moved to the lead with Yoshida surging to his outside. The two raced as a team through the lane with Yoshida drawing clear in the final yards.

Arklow finished another three-quarters of a length back in fourth and was followed in order by Channel Maker, Editore (BRZ), Camelot Kitten, Kurilov (CHI) and Shining Copper.

Jose Ortiz (rider of Yoshida, winner) – "He won very impressively. I knew he would handle the soft ground. In the first turn, he kind of lost his footing a couple steps, but then got back into the race very nicely. I was right where I wanted to be: right next to Joel (Rosario on Beach Patrol). I knew that I had a good horse under me, so at the three-eighths-pole I went after him and tried to make it a two-horse race and that's what it was. If they go to (Royal Ascot), I'm going."

Elliott Walden, President/CEO and Racing Manager of WinStar: "Royal Ascot is possible. We'll see how he comes back."

Bill Mott (trainer of Yoshida, winner) – “I thought he was ready. You always wonder about the ground; he won on soft ground at Pimlico last year. Doesn’t seem to be a problem for him. He had a great trip. It was about what we thought it would be. We knew Shining Copper would be on the lead. We had a little idea that maybe they would send Beach Patrol after him and that put us in the garden spot right behind them.

“We’ve nominated him to Royal Ascot going a flat mile in the Queen Anne Stakes on opening day. Some of the partners would be very interested in going. If he could run well over there, of course, it would increase his value as a stallion because he could do dual-hemisphere.

Joel Rosario (rider of Beach Patrol, runner-up) – “It was a good trip. At the three-eighths pole we all went. He (Jose Ortiz aboard Yoshida) had too much horse and went by me. My horse came back and fought but that horse ran a big race. My horse handled the turf. He was getting over it good. He was trying. I got beat like a half-length. He was giving me everything he got.”

Joe Bravo (rider of Synchrony, third-place finisher) – “I am very proud of him. He’s an amazing horse that just keeps going. He had battle through the really soft course conditions. He made up a lot of ground and had to go around some horses. I am huge fan of the horse. He’s amazing.” 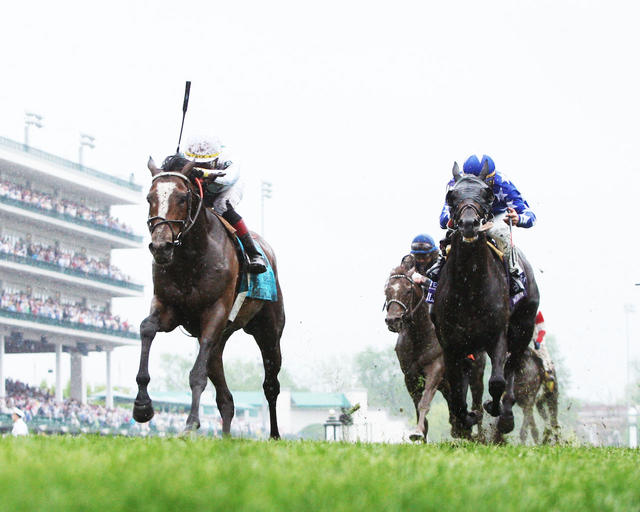