One of the longest-tenured trainers on the backstretch of Churchill Downs is Charles “Scooter” Dickey. At age 78, Dickey continues to train horses and is always searching for the next star to join his stable.

“This truly is the good life,” Dickey said as he sat on a stool in the corner of the backstretch clocker stand with his head perched out the window.

Dickey was born in Anthony, Kan. – a small town about 60 miles southwest of Wichita with a population of 2,100. Before Dickey began training, he spent about 10 years as a jockey until he was forced to retire due to weight limitations.

“You can call it weight problems but I like to refer to it as ‘feed tub problems,’” Dickey joked. “Back when I started riding as an apprentice you rode under contract for certain trainers. I decided to try my hand at being a jockey in Florida at the old Sunshine Park (now Tampa Bay Downs). I originally had a choice: I could start off with the owner and trainer I did ride for or ride for (owner) Fred Hooper. Let’s just say I made the wrong decision at the time.”

Hooper became one of the legendary breeders and owners in horse racing with more than 100 stakes wins including a victory in the 1945 Kentucky Derby with Hoop Jr.

After Dickey’s short-lived career in the saddle, he began to train horses and had his first victory in 1963 at the now defunct Centennial Park in Littleton, Colo. Following some time in the Midwest, Dickey and his wife, Dana, moved their stable to Kentucky in 1992. One of the most accomplished horses that Dickey trained was multiple Grade I-winner Flat Out.

“It was nice to have the big horse in the barn but it’s not all about the big horse anymore,” Dickey said. “If another one finds their way to my care that would be awesome. If not, no big deal.”

Flat Out won the 2011 Jockey Club Gold Cup (GI) in Dickey’s care and went off as the 7-2 favorite in the Breeders’ Cup Classic (GI) where he finished fifth.

Dickey, who earned the nickname Scooter because he scooted as a child instead of crawled, is usually found standing in the paddock area with about five or six other trainers watching the horses get saddled and making notes in his program.

“Rick (Hiles) and these other guys like to copy me in this spot,” Dickey quipped. “I’ve spotted a lot of horses to claim right here and I like to lean against this rail.”

Dickey is stabled in Barn 8 at Churchill Downs and oversees about 10 horses.

Let It Ride Mom was based at Woodbine for the majority of 2018 and had plans to join trainer Mark Casse’s string in Canada. But after training at Churchill Downs, Casse opted to try Let It Ride Mom on the dirt, once again, in her first start in six months.

“She’s trained awesome here on the dirt,” Casse’s locally-based assistant Allen Hardy said. “She just appears to be so classy and every time we’ve worked her on the dirt she’s taken well to it. We thought we’d give her another try to see how she’d handle it in the afternoon.”

A winner of four races on synthetic, Let It Ride Mom’s only two dirt efforts resulted in a ninth-place finish in the 2017 Eight Belles (GII) and a runner-up effort in a second-level allowance race. After her two dirt efforts, Let It Ride Mom joined Casse’s string at Woodbine and later recorded victories in the La Lorgnette Stakes and the 2018 Whimsical Stakes (GIII).

Let It Ride Mom, a 5-year-old daughter by Into Mischief out of the dam Golden Marlin, was bred by locally-based horsemen Tim Thornton, Robert Watt, Doug Glass and Greg Foley. Let It Ride Mom’s eight siblings out of Golden Marlin have a combined record of 35-8-8-1 on dirt.

Jockey Tyler Gaffalione has the call and will break from post No. 7 at odds of 6-1 on the morning line.

The six-furlong Winning Colors, which honors the Hall of Fame filly that prevailed against colts in the 1988 Kentucky Derby, is an annual Memorial Day weekend fixture and one of two stakes events on Saturday’s 11-race program. Churchill Downs’ first race is 12:45 p.m. (all times Eastern). The Winning Colors goes as Race 10 at approximately 5:26 p.m. and the seventh running of the $100,000 Keertana Overnight Stakes, a 1 ½-mile grass marathon for fillies and mares, is the fourth race at approximately 2:13 p.m.

Churchill Downs admission gates will open Saturday at 11:30 a.m. General Admission is $5, reserved seating is $12 and reserved dining packages are $39. Tickets can be purchased in advance online at ChurchillDowns.com/Tickets.

GAINING (GB) MADE HEAVY 4-5 MORNING LINE FAVORITE IN KEERTANA – French-import Gaining (GB), the recent runner-up in the Bewitch (Grade III) at Keeneland, was made the odds-on 4-5 morning line favorite for Saturday’s seventh running of the $100,000 Keertana Overnight Stakes for fillies and mares at 1 ½ miles on Churchill Downs’ Matt Winn Turf Course.

“I’m really excited about (Gaining’s) chances after watching her breeze together with Beau Recall,” Cox’s assistant Jorje Abrego said. “That was a really strong work from both of them.”

Florent Geroux has the call and will break from post No. 2.

Among the competitors to Gaining in the Keertana are Morsches Stable’s Gentle Ruler and Trtiton Stable, G. Chris Coleman and Thomas Keenan’s Lacustre (GB), the 1-2 finishers, respectively, in a first-level allowance race at Keeneland on April 24. Gentle Ruler (13-2-3-5—$158,650) drew post 6 with Chris Landeros while Lacustre (6-1-2-0—$30,350) drew post 4 with Corey Lanerie.

The Keertana, carded as Race 4 at approximately 2:13 p.m. (all times Eastern), is the first of two stakes events on Churchill Downs’ 11-race program Saturday. The 16th running of the $100,000 Winning Colors (GIII) will complete Saturday’s stakes action as Race 10 at approximately 5:26 p.m.

MEET LEADERS – Jockey Miguel Mena vaulted into a tie with Gabriel Saez at 13 wins apiece in the jockey standings with six victories last week. Julien Leparoux was in third with 12 wins. … Hall of Fame trainer Steve Asmussen began the five-day race week at Churchill Downs with the lead in the trainer standings with 10 victories, two wins clear of Mike Maker in second. Tom Amoss, Greg Foley and Eddie Kenneally were tied for third with six wins. … In the owner standings Maggi Moss had a 5-4 win lead over Ken and Sarah Ramsey.

DOWN THE STRETCH – Trainer Wayne Catalano reported Liora underwent successful surgery to repair a right hind leg injury. The Longines Kentucky Oaks runner-up is expected to return to the races as a 4-year-old. … Jockey Declan Carroll was cleared Wednesday to return to the saddle. The 20-year-old apprentice rider injured his back in early March at Fair Grounds. Carroll began galloping horses Wednesday and expects to return to the races in June. … Twilight Thursday presented by Blue Moon kicked off the racing week at Churchill Downs at 5 p.m. with an eight-race card that featured $1 select domestic beer cans, $3 Blue Moon drafts, food trucks, lawn games, one-on-one expert betting advice and live music on the Plaza Stage by band Joslyn and The Sweet Compression. … There was a $288,744 carryover in the 20-cent Single 6 Jackpot Races 3-8 on Thursday. There also was a $3,769 carryover in the $1 Super Hi-5 in the Race 8 finale. … In celebration of Memorial Day on Monday, all active and retired members of the United States armed forces will be admitted free of charge. Also, Churchill Downs’ bugler Steve Buttleman will perform patriotic melodies following the “Call to the Post” for each race. … “Inside Churchill Downs” will air Friday at 6 p.m. on ESPN 680/105.7. The one-hour horse racing radio show is co-hosted by Churchill Downs Racetrack’s Darren Rogers and Kevin Kerstein and delivers a wide-ranging list of interesting guests, from jockeys, trainers, owners to well-informed handicappers and other industry insiders. Those outside the Louisville radio market can listen live online at http://www.espnlouisville.com/ or via podcast on the station’s website or https://soundcloud.com/. 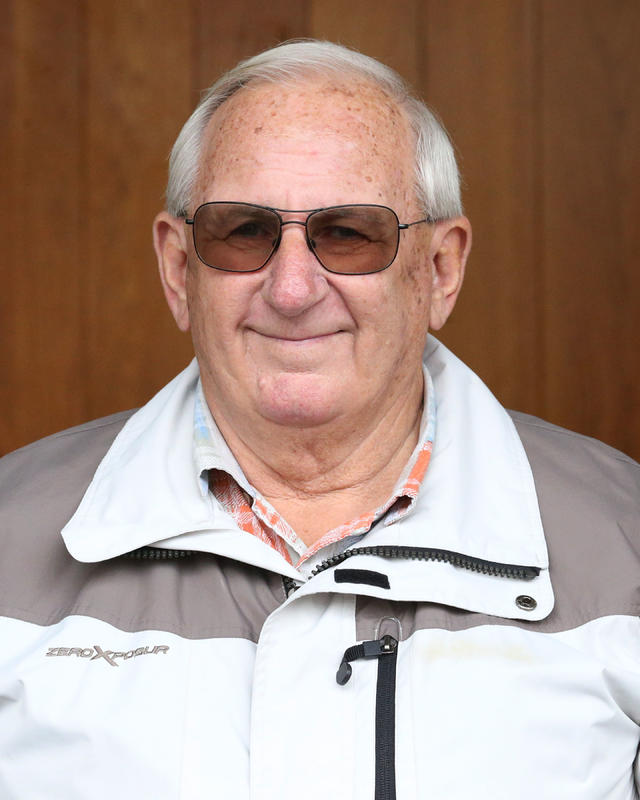