No horse has won four races in a single meet at Churchill Downs since 2005 but Steve Vanovich, Larry Craig and Speshell Racing’s 4-year-old filly Altered Shot is poised to attempt that feat prior to the closing of the 42-day Spring Meet.

Altered Shot began her three-race win streak on Opening Night of the Spring Meet when she defeated four rivals by 2 ½ lengths in a $50,000 claiming event. Since that win, Altered Shot sports victories in a starter allowance event on May 21 and a first-level conditioned allowance on June 12. Altered Shot’s trainer Greg Foley has not made a final decision on which race she’ll run in prior to the closing of the meet July 4 but has a couple of options he’s keeping open.

“She’s been in great form since we got her back going this year,” Foley said. “She ran once at Fair Grounds and may not have been quite as ready as we wanted that day. But, when we got her back here to Churchill we had confidence in her that she’d be ready to go. It’s not very often you can run upper-level horses this many times in a single meet because races sometimes won’t go. She’s rewarded us so far and we’re excited about running her before the meet closes.”

Ironically, the last horse to win four races in a single meet at Churchill Downs was also trained by Foley. In 2005, Ellen’s Foxy Girl broke her maiden on May 5 and proceeded to win three more starts before she was claimed July 1. 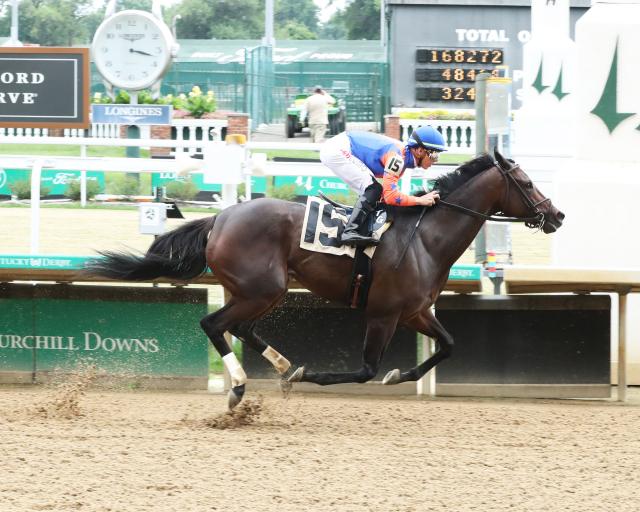