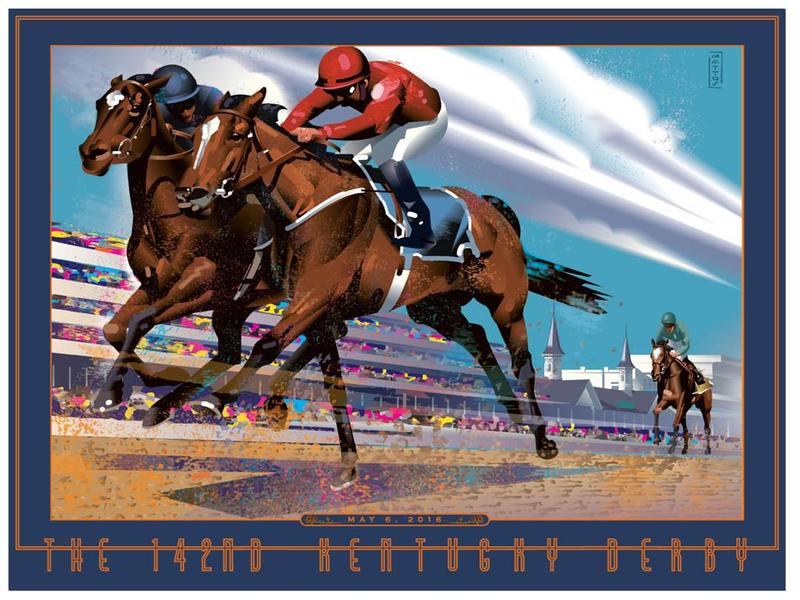 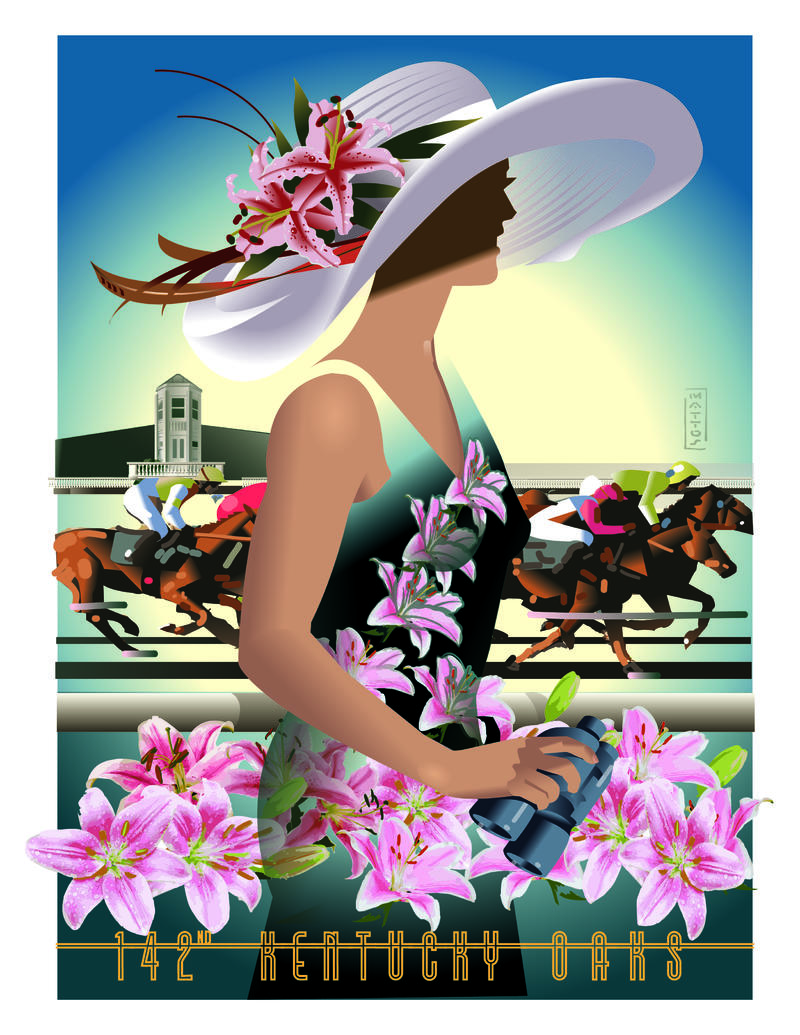 San Francisco-based graphic artist John Mattos created the official artwork for the 2016 Kentucky Oaks, part of the "Art of the Kentucky Derby" series.

Leading American graphic artist John Mattos, whose Art Deco works have created indelible retro-style images for American films, major sports events and celebrations of iconic individuals, architecture, products and celebrations, has turned his focus to one of the nation’s most important sports and social celebrations to create the officially-licensed artwork for Churchill Downs Racetrack’s 2016 “Art of the Kentucky Derby” series.

The images created by Mattos for the 142nd runnings of the $2 million Kentucky Derby Presented by Yum! Brands, America’s greatest Thoroughbred race and one of the world’s foremost entertainment events held annually on the first Saturday in May, and the $1 million Longines Kentucky Oaks, the Derby Eve “Ladies First” celebration surrounding the nation’s top race for 3-year-old fillies, will adorn officially-licensed prints, posters and other merchandise, and also is featured on tickets for seating at both celebrations and souvenir racing programs for those events.

The 2016 Kentucky Derby is scheduled for Saturday, May 7 at Churchill Downs, while the Kentucky Oaks will be run one day earlier on Friday, May 6.

While his “Art of the Kentucky Derby” creations are retro-inspired, Mattos’ artwork for the Kentucky Derby and Kentucky Oaks combine timeless appearance with modern appeal. The Kentucky Derby image features a pair of 3-year-old Thoroughbreds and riders locked in a classic duel as they approach the Churchill Downs finish line against a colorful backdrop of cheering fans and the track’s iconic Twin Spires. The artwork for the Kentucky Oaks focuses on the event’s “Ladies First” theme. It is centered on a woman, binoculars in hand, pictured against a backdrop of horses in the homestretch of the race. Her attire for the special day is arrayed with Stargazer Lilies, the official Oaks flower, and topped by a traditional Kentucky Oaks hat embellished with a collection of the distinctive pink lilies.

“The opportunity to create imagery for the 2016 Kentucky Derby, an American sporting icon, is truly thrilling,” Mattos said. “My hope is that I have captured the riveting moment when one powerful thoroughbred is seconds away from winning America’s greatest horse race at Churchill Downs.”

Based in San Francisco, Calif., Mattos’ work is influenced by several pre-World War II poster artists. One of Mattos’ most notable images reflecting that style is the artwork commissioned by the United States Postal Service (“USPS”) in 2007 for a stamp that commemorated legendary Hall of Fame Thoroughbred Seabiscuit, an American sports hero of the 1930s.

His work in horse racing also includes the official artwork for the 2013 and 2014 renewals of the Breeders’ Cup World Championships at Santa Anita.

Mattos has created distinctive works for high-profile projects in the United States and abroad that include recent USPS “Forever” stamps that feature depictions of two 1932 Ford “Deuce” roadster hot rods. In 2015, Mattos completed a year-long installation in The Beaumont Hotel London, which is located in Mayfair and has become of London’s most popular new hotels. The Beaumont’s Colony Room restaurant prominently features Mattos’ work.

Work by Mattos in film includes the distinctive and familiar images included in promotional materials for the 1991 science fiction film “The Rocketeer.” 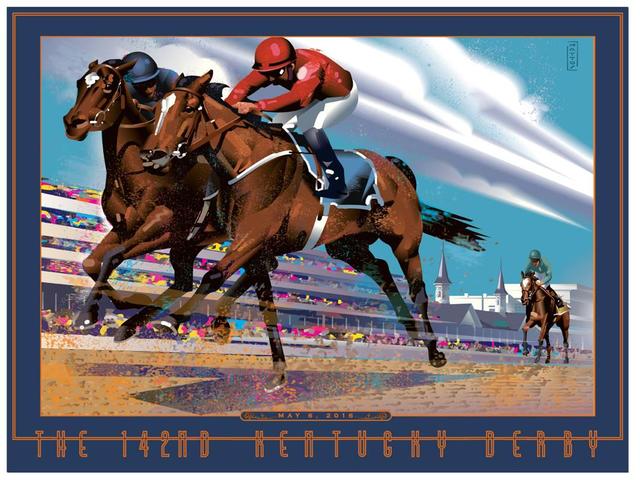