Bullards Alley will attempt to become a repeat winner of Saturday’s Grade III Louisville Handicap at Churchill Downs when he faces 11 rivals in the 1 ½-mile marathon over the Turf Course.

“He’s doing great,” trainer Tim Glyshaw said. “He’s been a bit of a puzzle to start the year. He’s come up short in a couple of races but we know how much he loves the turf course at Churchill.”

One of Bullards Alley’s rivals on Saturday includes his younger full brother Nessy. “It’s a cool situation to run against his brother in this race,” Glyshaw said. “You don’t really get this situation very often. It would be great if they can both be competitive.”

The now 5-year-old Bullards Alley finished sixth in the Grade II Elkorn at Keeneland on April 22, his last start. “The Elkhorn was frustrating,” Glyshaw said. “Marcelino (Pedroza) said he was done going into the first turn. It was weird because he typically likes the soft turf. If it rains on Saturday I still don’t think it will be a problem for him because he’s been proven over the soft going at Churchill."

The second of two stakes on Saturday’s card at Churchill Downs, the Louisville Handicap will go as Race 11 with an approximate post time of 5:51 p.m. 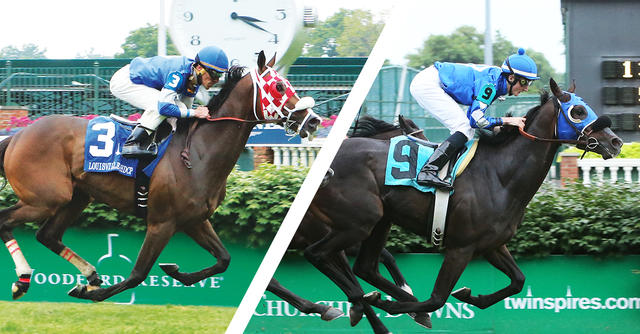