Carroll Eyeing Return to the Saddle

Apprentice rider Declan Carroll has been sidelined since March with a back injury suffered at Fair Grounds but the 19-year-old hopes to be back riding races in two weeks at Churchill Downs.

“I’ve been wanting to get back riding so badly,” Carroll said. “The doctors gave me the clearance to begin riding (Wednesday) and I’ve already breezed quite a few horses. I’m still building up my strength. I don’t want to rush back too quickly and not be at the top fitness. I’ve been getting on the Equicizer and trying to maintain my fitness as much as possible while I was sidelined.”

A winner of 16 races since he began riding professionally last September, Carroll’s roots run deep in horse racing. His father, David, is trainer Mark Casse’s chief assistant based at Keeneland and mother, Kim, is an exercise rider for Casse. Carroll’s sister, Aisling, is a champion event and jump rider.

“I’ve been so proud of Declan not only as a rider but as the man he’s become,” David Carroll said. “It’s truly the highs and lows of emotions when it comes to this game. Declan was breezing (Preakness winner) War of Will the morning before he got hurt. We are so thankful the injury wasn’t worse and Declan will be back to riding soon.”

Carroll is represented by agent Joe Pauley and plans to remain based in Kentucky and Indiana throughout the majority of 2019.

BAZE FINDING STRIDE IN KENTUCKY – Veteran jockey Tyler Baze moved his tack from California to Oaklawn in March and continued to find success in Kentucky with nine wins at the Churchill Downs Spring Meet, including a victory aboard Honey Bunny in Saturday’s $100,000 Winning Colors (Grade III).

“It’s great to be riding here in Kentucky and especially at Churchill Downs,” Baze said. “I moved my tack to Oaklawn and turned some of my business around there and things have continued to go well now based here.”

Baze, 36, is represented by Oaklawn Park’s track announcer Vic Stauffer. Though Stauffer plans to remain in Kentucky with Baze throughout the summer and fall, he plans to resume his announcer duties at Oaklawn when the 2020 meet begins.

A native of Seattle, Wash., Baze won the Eclipse Award as an outstanding apprentice rider in 2000. Baze has many connections to horse racing as his parents, uncle and several close relatives were jockeys. Throughout his 20-year riding career, Baze has won 101 graded stakes races and began Monday’s card with 2,625 wins with his mounts boasting earnings of $117,479,902.

DOWN THE STRETCH – We send our condolences to the family and friends of jockey Euclyn “Pede” Prentice, who died early Monday morning in Ohio. … Training Monday at Churchill Downs was limited to 43 published workouts due to dense fog that set over Louisville around 6 a.m. (all times Eastern). Most notably on the work tab was trainer Ian Wilkes’ debut winner With Dignity. The half to multiple stakes winner McCraken worked five furlongs in 1:00.20 with a strong six-furlong gallop out in 1:12.80 and seven furlongs in 1:25.60, according to Churchill Downs clocker John Nichols. … In celebration of Memorial Day on Monday, all active and retired members of the United States armed forces will be admitted free of charge. Also, Churchill Downs’ bugler Steve Buttleman will perform patriotic melodies following the “Call to the Post” for each race. … Racing is set to continue Thursday with Twilight Thursday presented by Blue Moon. The evening with feature eight races with a post time of 5 p.m. along with $1 canned domestic beer, $3 Blue Moon drafts, food trucks, lawn games and live music on the Plaza Stage by Justin Paul Lewis. … Saturday is Downs After Dark presented by Budweiser. Join us as we celebrate Woodstock’s 50th anniversary with peace, love and horse racing. Tickets start at $12 and include a program. For more information, visit www.churchilldowns.com. 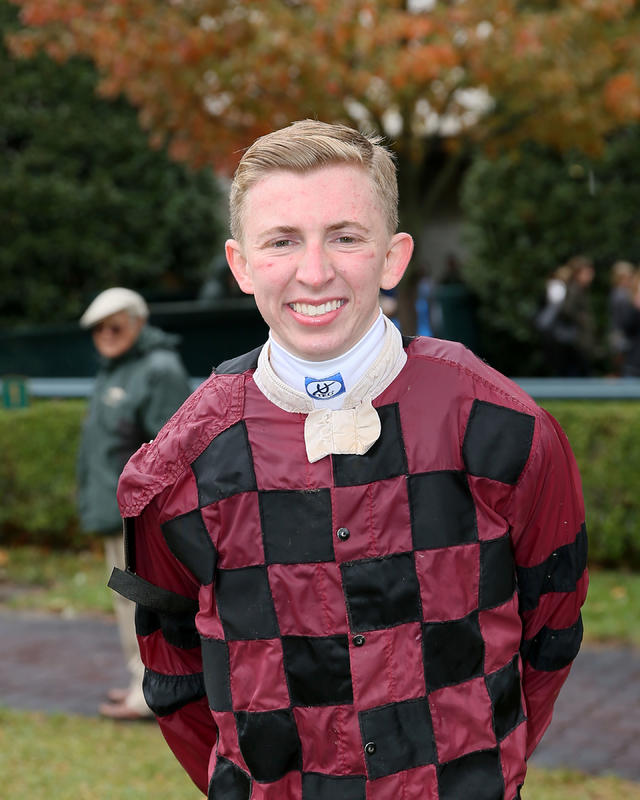