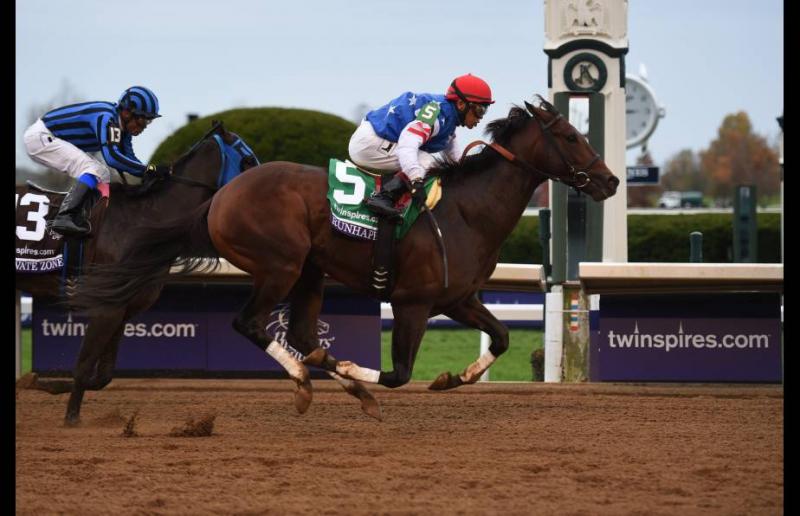 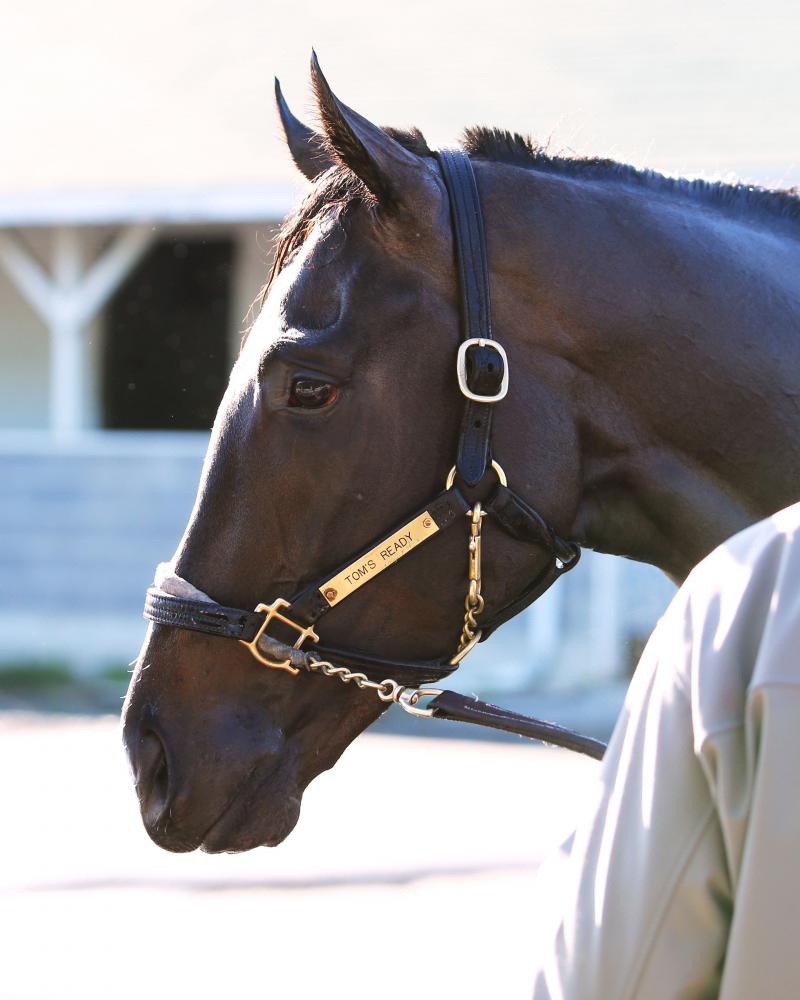 The 3-year-old Tom's Ready, winner of the Woody Stephens (GII) at Saratoga, is one of four rivals who will take on champion Runhappy in Saturday's Ack Ack Handicap (GIII). (Coady Photography, Churchill Downs) 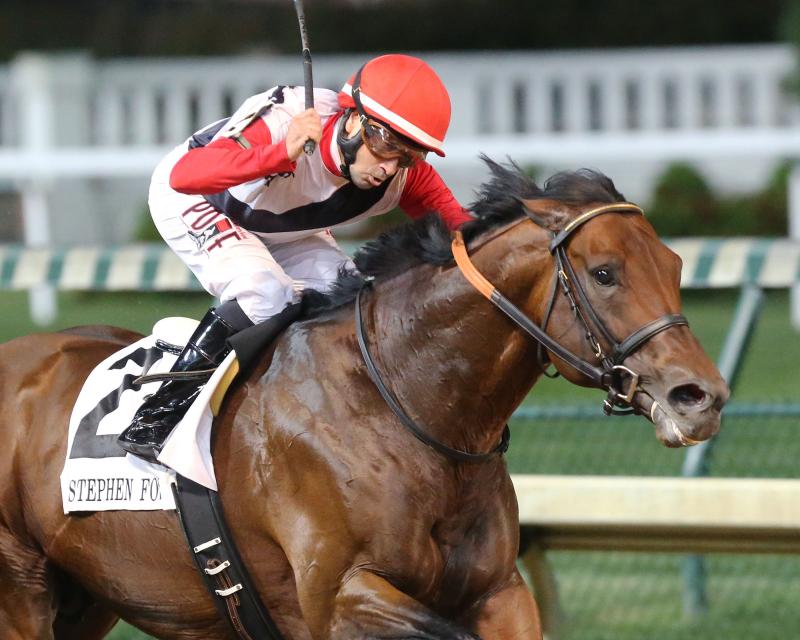 Bradester, winner of the 2016 Stephen Foster Handicap (GI) for trainer Eddie Kenneally, will bid to get his season back on track in Saturday's $175,000 Lukas Classic. (Coady Photography, Churchill Downs) 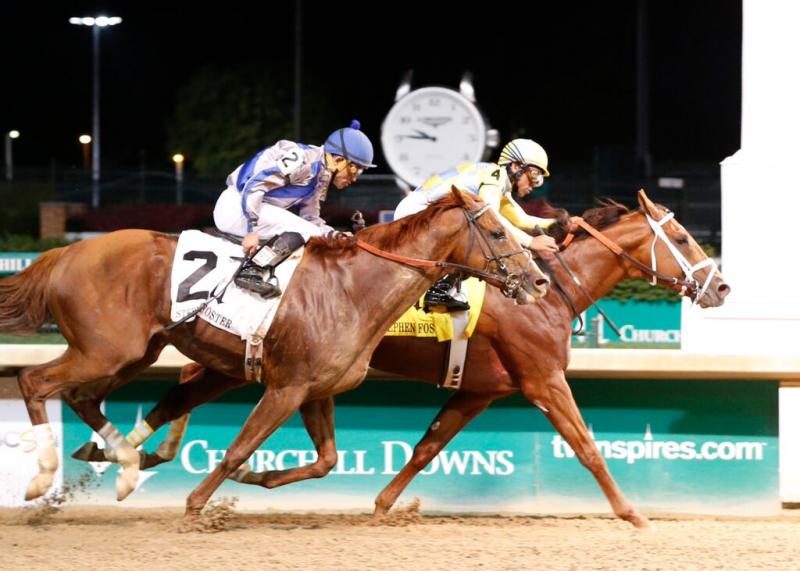 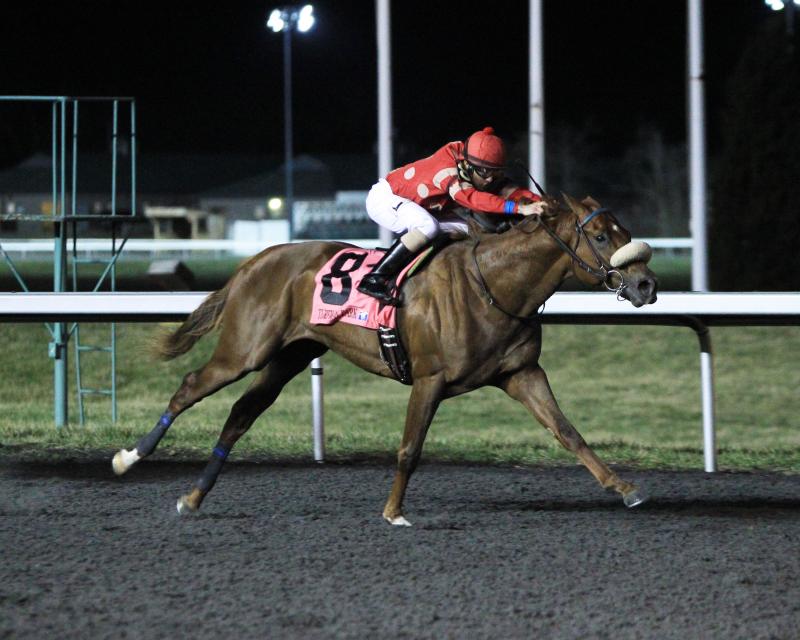 The Ack Ack, for 3-year-olds and up, is the centerpiece of a stakes tripleheader at Churchill Downs that also includes the $175,000 Lukas Classic, which lured the last two winners of the Grade I Stephen Foster Handicap, and 3-year-olds on turf in the $100,000 Jefferson Cup.

The appropriately-named Runhappy will only have five challengers in the Ack Ack, but it’s a contentious cast.

Runhappy, a son of 2010 Kentucky Derby winner Super Saver, has amassed $1,481,300 from seven wins in eight career starts that included a championship-worthy sprint campaign a year ago. The second half of his season showcased swift triumphs in Saratoga’s $500,000 King’s Bishop (GI), Keeneland’s $250,000 Phoenix (GIII), the $1.5 million TwinSpires Breeders’ Cup Sprint (GI) at Keeneland and Santa Anita’s $300,000 Malibu (GI) on Dec. 26 – his last start.

Rather than target sprints as he’s done in all but one of his starts, owner Jim McIngvale and trainer Laura Wohlers are eager to test Runhappy over longer distances with immediate goals including the $1 million Las Vegas Breeders’ Cup Dirt Mile (GI) at Santa Anita on Nov. 4 and possibly the inaugural $12 million Pegasus World Cup Invitational (GI) at Gulfstream Park on Jan. 28.

Runhappy, who was sidelined by a front right cannon bone bruise earlier this year, has prepped for his return to action with a series of five published workouts, including a six-furlong move at Churchill Downs on Sept. 15 in 1:14.40 under regular rider Edgar Prado.

“The main thing was to get him to finish strong,” Prado said of the Sept. 15 workout. “He’s going a mile for the first time and we know that he’s fast and we want to use what’s there. We were trying to get him to relax and slowly pick them up. The gallop out was real good.”

Runhappy’s final breeze for the race – a half-mile in :46 – came Sunday at Keeneland.

“We let him grow up a little bit, and he’s bigger and stronger this year,” Wohlers said.

Immediately following the Ack Ack is the fourth running of the $175,000 Lukas Classic, a listed 1 1/8-mile race for 3-year-olds and up that lured Bradester and Noble Bird, the last two winners of the $500,000 Stephen Foster Handicap Presented by GE Appliances (GI) at Churchill Downs.

Bradester’s lone defeat on the year came in his last start on Sept. 3 at Saratoga when he faded to eighth after setting the pace in the $600,000 Woodward (GI) over 1 1/8 miles, which was won by Shaman Ghost.

The Lukas Classic, renamed one year ago, honors the iconic 81-year-old Hall of Fame trainer D. Wayne Lukas. The four-time winner of the Kentucky Derby and Kentucky Oaks and conditioner of 26 Eclipse Award-winning champions has been based at Churchill Downs’ Barn 44 since 1989. He’ll attempt to present the winning trophy to himself with Calumet Farm’s Natchez (16-4-0-2—$152,931), who returns to dirt after finishing last of nine in the $250,000 Bernard Baruch Handicap (GII) over 1 1/16 miles on turf at Saratoga on Labor Day.

General admission to Churchill Downs is $3 and reserved seat packages start at $10, which are available for purchase online at www.ChurchillDowns.com.

Saturday’s National Weather Service forecast for Louisville calls for mostly cloudy skies with a high near 70 and a 50-percent chance of showers, mainly before 3 p.m.