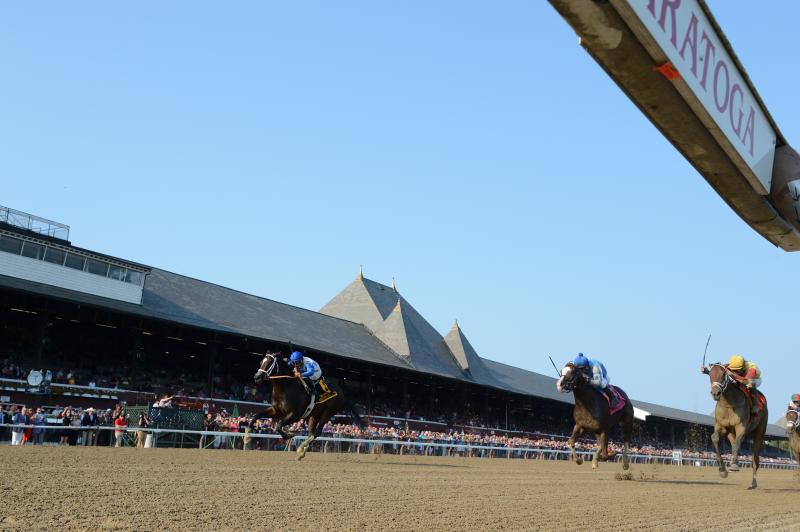 Valene Farms’ Givemeaminit (right) finished third in a blanket finish behind victorious Sporting Chance (left) and Free Drop Billy in the Hopeful (GI) when the former ducked out near the finish of Saratoga's premier race for 2-year-olds. (Chelsea Durand, NYRA, 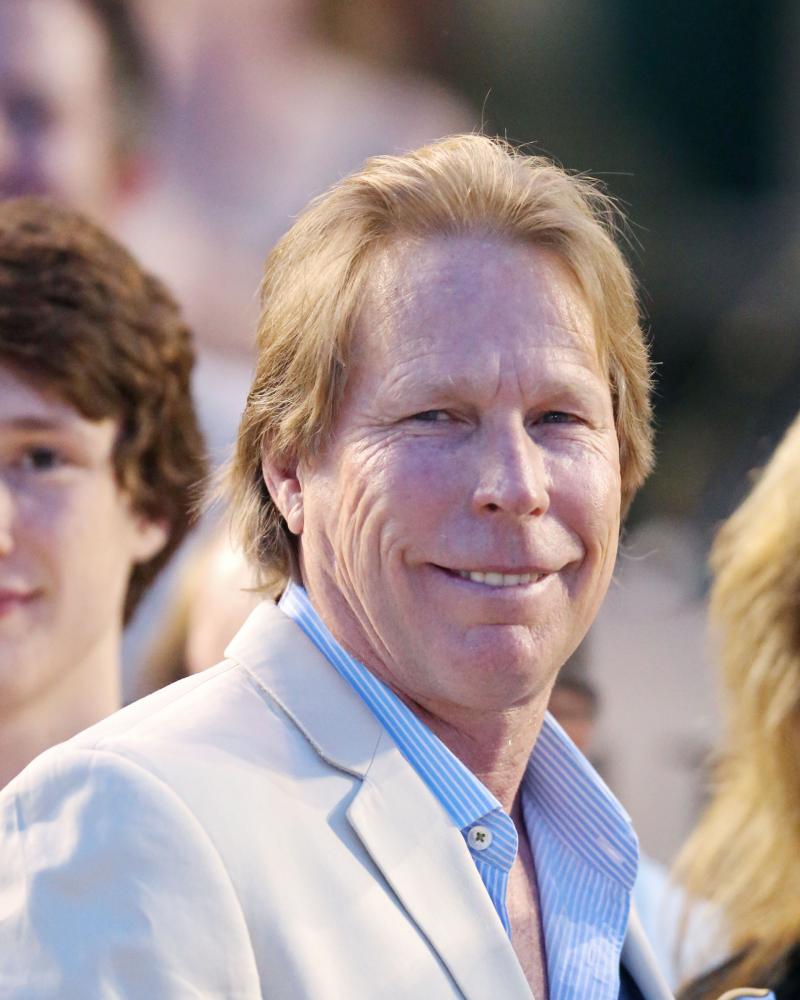 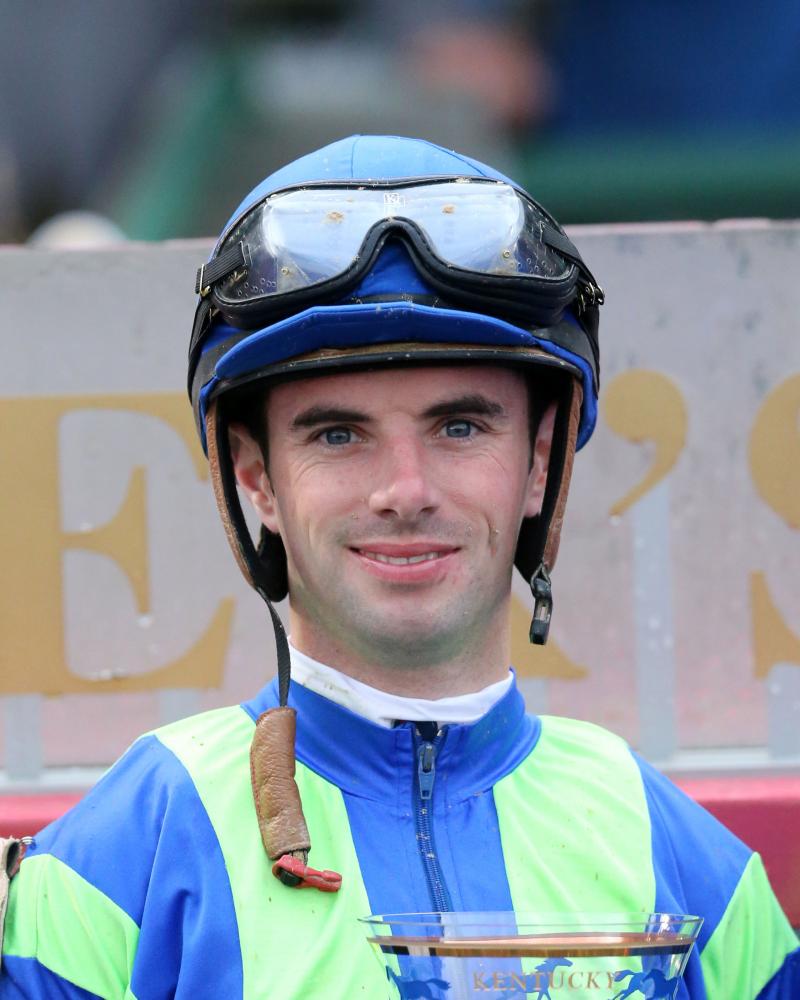 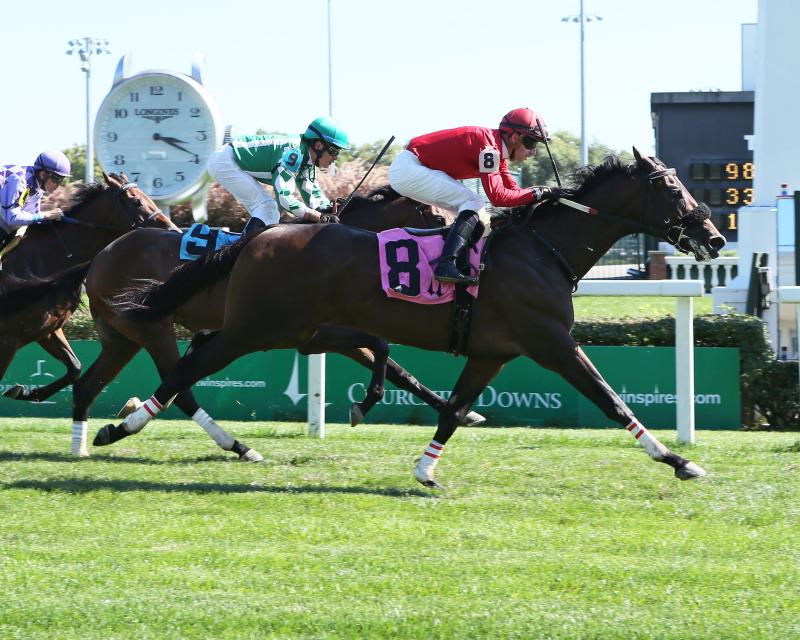 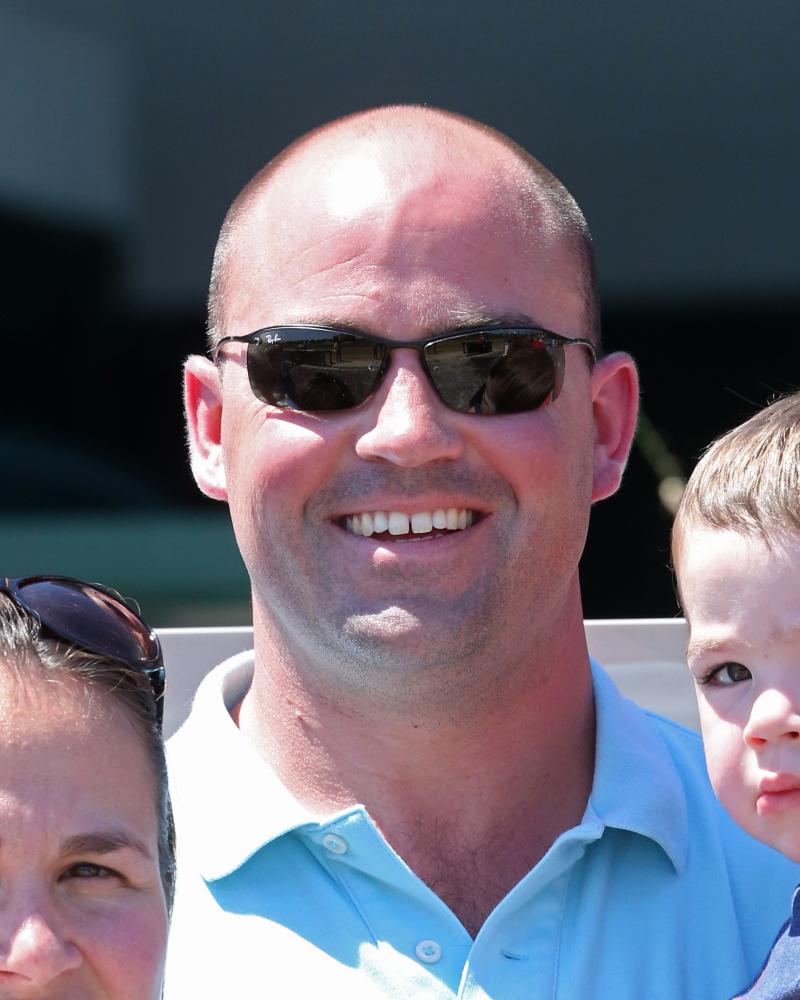 Valene Farms’ Givemeaminit has earned $166,600 in just four races to begin his career but the 2-year-old colt is searching for his elusive first win in Saturday’s $200,000 Kentucky Jockey Club (Grade II) at Churchill Downs.

“He fits right in with the rest of the field,” trainer Dallas Stewart said. “I’m not scared at all to run a maiden with horses in this type of field if I feel like they belong here. This horse has run some solid races to start his career and did it against some tough competition. For a $200,000 purse, why not give it a shot?”

Givemeaminit began his career in a maiden special weight race on July 22 at Saratoga and finished second, defeated 2 ¼ lengths by the D. Wayne Lukas-trained Sporting Chance. Stewart gambled and ran Givemeaminit in the Sept. 4 Hopeful (GI) and was narrowly defeated, once again, by Sporting Chance.

The 2-year-old Louisiana-bred colt’s subsequent start was at Keeneland in the Oct. 7 Breeders’ Futurity (GI) where he finished fifth behind Free Drop Billy. Givemeaminit most recently competed in the Breeders’ Cup Juvenile (GI) on Nov. 4 where he finished fourth, defeated by Good Magic.

“In the Breeders’ Cup, Good Magic was a maiden and look what he did,” Stewart said. “It would be great to break our maiden in the Jockey Club. He’s been training well so all systems are a go.”

Saturday’s National Weather Service forecast for Louisville calls for partly skies and a high near 56.

GEROUX CONFIDENT IN MONOMOY GIRL LEADING INTO GOLDEN ROD – Monomoy Girl, the heavy 8-5 morning line favorite in Saturday’s $200,000 Golden Rod (Grade II), was a decisive winner around one turn in the Oct. 29 Rags to Riches Overnight Stakes but jockey Florent Geroux feels confident in the filly as she stretches out around two turns.

“She was so relaxed on the lead (in the Rags to Riches),” Geroux said. “If she stays as relaxed as she did, she’ll do fine going longer in distance.”

IMPROVING JUVENILE MR. RECIO ATTEMPTS DIRT FOR FIRST TIME IN SATURDAY ALLOWANCE – Rigney Racing’s Mr. Recio caught the eyes of many when he rallied from more than 10 lengths off the early pace to break his maiden by a half-length on Churchill Downs’ Matt Winn Turf Course on Sept. 24. But the 2-year-old colt will attempt dirt for the first time in a first-level allowance race Saturday.

“This horse trains great on the dirt,” trainer Phil Bauer said. “I told Mr. Rigney the other day that this could be a perfect spot to at least try him on the dirt. If he runs as well on the dirt as he trains he should do well in this spot.”

Mr. Recio is a 2-year-old colt by Scat Daddy out of the Mineshaft mare Kiss Mine, who was trained by locally-based Dave Vance. Kiss Mine recorded 10 victories through 36 starts in her career, which included multiple stakes wins on the turf and synthetic surfaces.

“I was talking with Dave Vance’s assistant the other day and he was telling me Kiss Mine trained really well on the dirt at Churchill,” Bauer said. “This is definitely a test for (Mr. Recio) but it’s a good time to try something like this.”

‘ALL OTHERS’ EARLY 3-1 FAVORITE IN KENTUCKY DERBY FUTURE WAGER POOL 1 – The first of Churchill Downs’ four 2018 Kentucky Derby Future Wager pools kicked off its four-day run on Thanksgiving Day with the popular #24 “All Others” as the 3-1 favorite.

This week’s Derby Futures pool, which coincides with the lone Kentucky Derby Sire Future Wager, is the first of four that will be conducted in the months leading up to the 2018 running of the famed “Run for the Roses.” Through one day of wagering, offspring sired by Medaglia d’Oro, including Bolt d’Oro, are the 5-1 early favorite.

Winning mutuel payouts on the $2 minimum bet will be determined by the odds that are in place at the conclusion wagering on Sunday at 6 p.m. (EST).

HERNANDEZ JR. BECOMES 14TH JOCKEY TO WIN 500 RACES AT CHURCHILL DOWNS – Brian Hernandez Jr. became the 14th jockey in Churchill Downs history to ride 500 winners at the home of the Kentucky Derby when the 32-year-old won the seventh race on Thanksgiving Day aboard Rock Shandy for trainer Jordan Blair.

“It’s great to have my family here with me for this,” Hernandez Jr. said. “I’m thankful for all of the trainers and owners who have supported me throughout my career so far.”

Hernandez Jr., who began riding professionally in 2003, won his first race at Churchill Downs aboard Machine to Tower on May 27, 2004. Overall, the native of Lafayette, La. has won 1,729 races and his mounts have amassed more than $63.8 million from 12,629 starts during a 15-year riding career.

MEET LEADERS – Perennial leading rider Corey Lanerie begins racing Friday with a near-insurmountable win lead over Julien Leparoux in the jockey standings, 30-15. Ricardo Santana Jr. is in third with 14 victories. … In the trainer standings, Louisville-native Brad Cox held a three-win lead over Hall of Fame conditioner Steve Asmussen, 11-8. Eddie Kenneally was third with seven victories. … With a victory by Shining Copper in Thursday’s $100,000 River City Handicap (Grade III), Ken and Sarah Ramsey moved into a tie with Stoneway Farm in the owner’s standings, each with three victories. 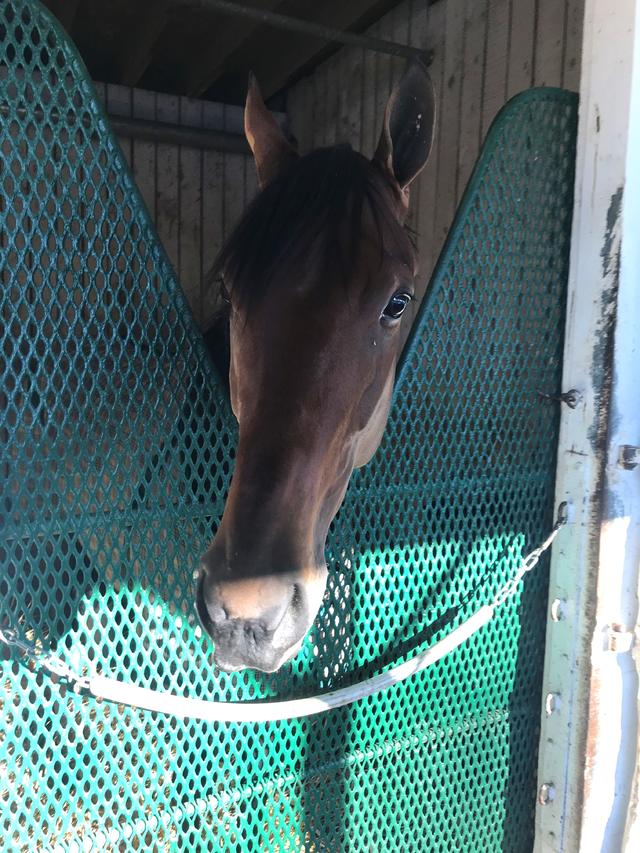