Churchill Downs Update: Berry's 47th Year on the Racetrack is 'As Good As It Gets'

His laugh is unmistakable and his attention to detail is unmatched. In his 47th year at the racetrack, Churchill Downs veteran gap attendant Bill Berry does not miss any of the action outside of his clocker stand located at the six-furlong gap.

“I worked in the factory for Capital Records back in the late 1960s into the early 1970s,” Berry said. “Obviously, life was a little bit different for everyone back in the 70s, if you know what I mean. One day, I just got tired of going to the factory for work and thought it was time to find something different. I had an okay job and got some good deals on records. I had quite the collection back in the day. The best part about that job is we’d get to listen to the master copies of records. To this day, the harmonies of The Beatles remains unmatched. After I got tired of factory life, I saw some people at the racetrack who looked like me. I thought it would be cool to go check it out and see if I can find work there.”

Berry made his way to Hollywood Park and the next day began working for Irish-born trainer Tommy Doyle.

“I walked the backside at Hollywood Park and saw these gorgeous animals,” Berry continued. “That’s what got me hooked. Here were these 1,000-pound horses, with perfectly shiny coats and these bright, white, wraps on their legs. They’re gorgeous.”

Berry’s racing stories are endless. He spent the majority of his career, and life, in Southern California and was around some of the most famous horses at the time, including Hall of Famer Cougar II.

“Cougar II, he was an absolute runner,” Berry said. “I got to see them all during my time in California. Between all of the superstar horses and jockeys, it was some of the best racing in the world at the time. I was always a (Laffit) Pincay guy as far as jockeys go. It was so much fun to watch these guys go at it on the racetrack. You can tell they’d be riding their hearts out but the strength and wit Pincay had was unmatched.”

After several years on the backstretch at Hollywood Park and Santa Anita, Berry took a break from the racetrack in the early 1980s and took all of the money he had and spent some time off in Hawaii.

“I just needed a little time off so I packed up my stuff, cashed out my checks and went to Hawaii,” Berry said. “I spent three solid months watching the ocean up on the beach, playing my guitar and surfing a lot of good waves. Eventually, all good things must come to an end. As my money started to run dry, I made my way back to work.”

Berry’s first time in Kentucky was in 1982 for the 108th running of the Kentucky Derby. After his time in Hawaii, Berry wanted to see what a Kentucky Derby was like in person.

“I’ve heard everyone talk about the Kentucky Derby but I needed to see it in person,” Berry said. “I came to Kentucky for the first time in 1982 for that year’s Derby. Just past my gap, I can still picture where I saw Gato del Sol grazing in the grass. He ran second in that year’s Blue Grass and I remember I was looking for which horse I wanted to bet in that year’s Derby. I got a little info from the people around the barn and that was that.”

Berry has spent the last eight years working at the “Baffert Gap.” During his tenure, he has seen some of Baffert’s top horses come on to the track, including Triple Crown winners American Pharoah and Justify.

“This is such a special place to be,” said Berry, who celebrated his 71st birthday in February. “How can you beat this job? Every day I get to talk to people and share stories. Yeah, my golf game is okay but nothing beats this spot at the racetrack. This is as good as it gets.” 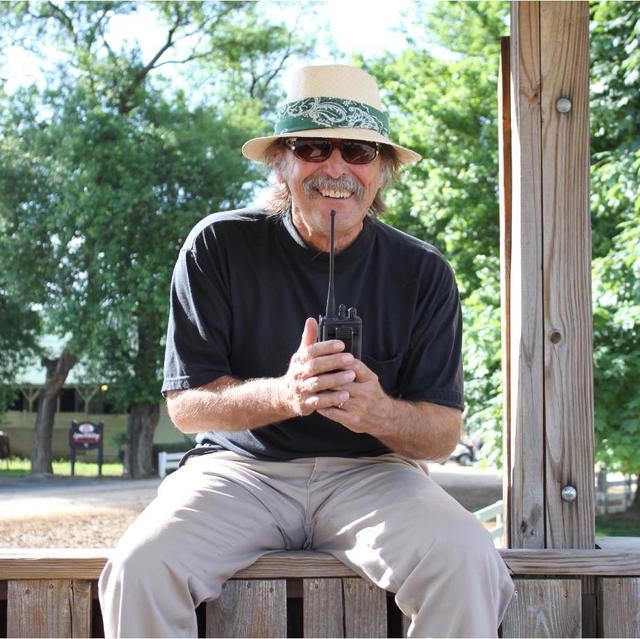