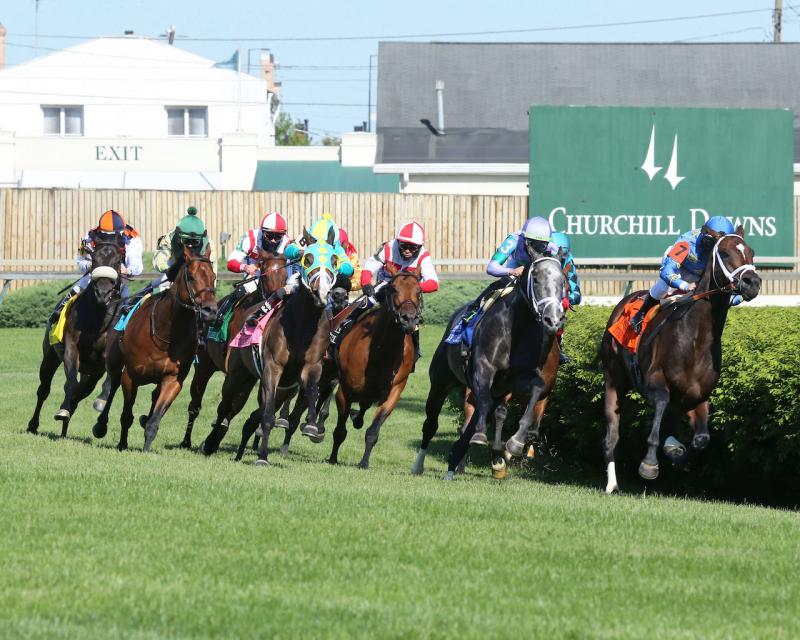 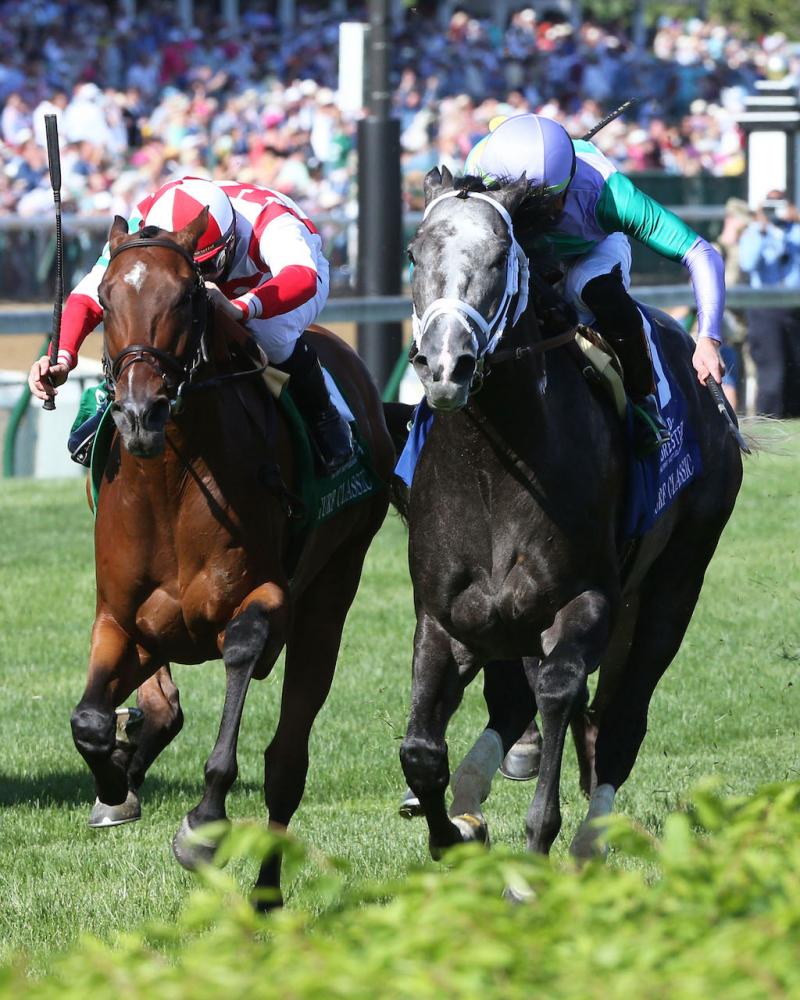 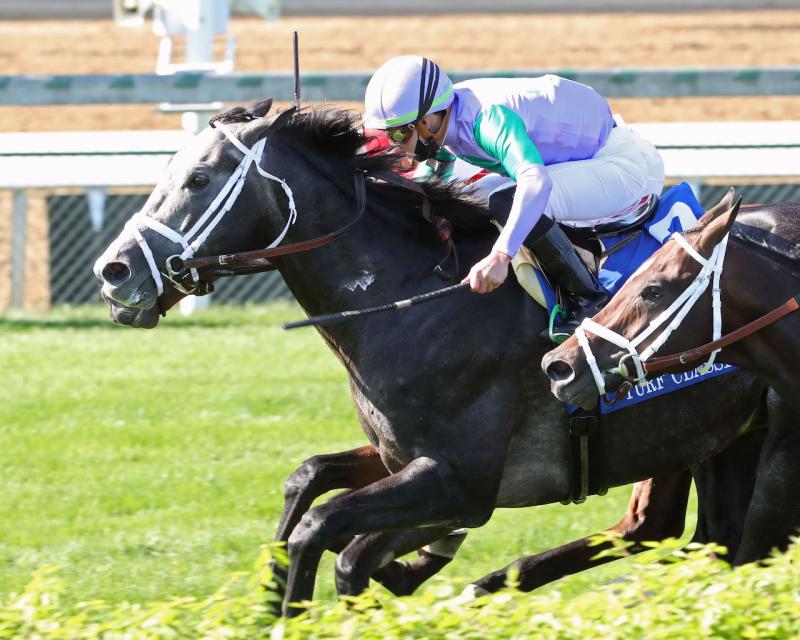 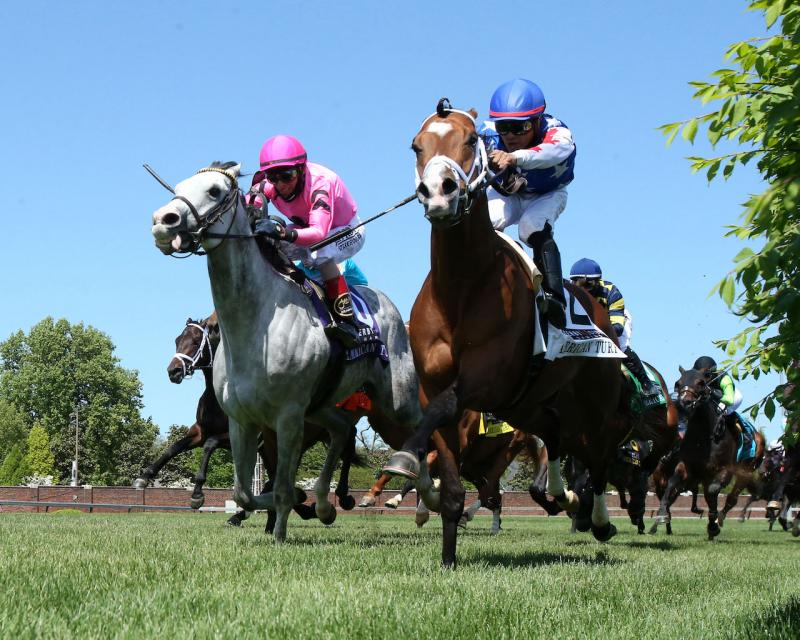 Robert and Lawana Low’s favored Colonel Liam and Klaravich Stables’ Domestic Spending (GB) hit the finish line together to dead heat for the victory with Smooth Like Strait another neck back in the 35th running of the $1 million Old Forester Bourbon Turf Classic (GI) for 4-year-olds and up.

Smooth Like Strait led the field of nine through fractions of :24.40 and :49.17 as Colonel Liam tracked in third under Irad Ortiz Jr. and Domestic Spending with Flavien Prat aboard raced near the back of the pack. Colonel Liam cut the corner turning for home, moved to the outside of Smooth Like Strait and eventually forged to the lead at the eighth pole.

Chad Brown trains Domestic Spending and Todd Pletcher conditions Colonel Liam. It is the third consecutive victory in the race for Klaravich and Brown having won with Horse of the Year Bricks and Mortar in 2018 and Digital Age (IRE) last year. Pletcher won the race in 2006 with English Channel.

It was another 1 ½ lengths back to Count Again who was followed in order by defending champion Digital Age (IRE), Ivar (BRZ), Cross Border, Masteroffoxhounds and Ride a Comet.

Flavien Prat (Jockey, Domestic Spending, dead-heat winner) – “I sat behind some horses, taking my time and saving some ground, then when I had the chance, we got in the right path. He had a tremendous turn of foot today. To be honest, I didn’t know the results. I came up on him so fast, I wasn’t sure. Right past the wire, I knew I was ahead of him, but at the wire, I wasn’t so sure.”

Chad Brown (Trainer, Domestic Spending, dead-heat winner) – “It was a nail biter there. (Jockey) Irad (Ortiz Jr.) had a tough choice (between the two horses). He stayed with Colonel Liam because he’s been running this year and I was so fortunate to get Flavien (Prat) to ride the horse. I had a lot of confidence in him. It was a real tough decision for Irad, so I totally understand those things. We’ve had a lot of success together. You can see why it was very tough decision. It was very close between the horses. I thought Flavien did a great job. He rode to instructions. We nearly got there to get the whole prize in one more jump, but I’ll take it. Especially when I see the slow-mo, I’ll take the dead heat because of the head bob.”

Irad Ortiz Jr. (Jockey, Colonel Liam, dead-heat winner) – “He was doing everything right, it was a great race. It was so close, so close. On the big TV, the slow-mo, I say, ‘Man, I’ve got a good chance to win. Then here it is, a dead heat.”

Todd Pletcher (Trainer, Colonel Liam, dead-heat winner) – “I was very proud of his effort. It looked like he edged clear inside the eighth pole and I was proud of the Irad urged on to the finish.” 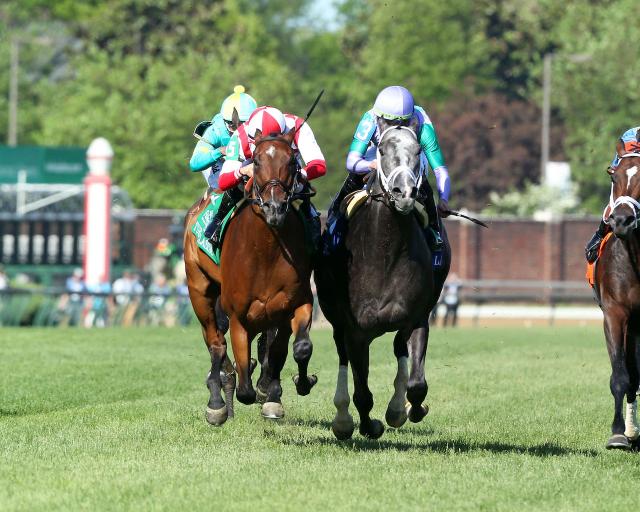