The six-furlong Debutante is part of a trio of stakes events on Churchill Downs’ 12-race closing day card. The Debutante will go as Race 10 at 5:26 p.m. Also on the card is the $125,000 Bashford Manor (GIII) for 2-year-olds and the $120,000-added Kelly’s Landing Overnight Stakes for older sprinters.

Magic Dance (1-1-0-0—$54,848), a 2-year-old daughter of More Than Ready, dazzled in her debut, a five-furlong maiden special weight contest on June 7. The precocious filly will attempt to give her trainer Steve Asmussen a fifth win in the Debutante and first since Rated Feisty won the 2007 edition in a stakes record performance of 1:09.27. Jockey Ricardo Santana Jr. has the call on Magic Dance and will break from post position No. 7.

Chief among Magic Dance’s competitors in the Debutante is Chuck and Maribeth Sandford’s homebred Indy Takes Charge, who won at first asking by 3 ¼ lengths for trainer Pat Byrne. Indy Takes Charge (1-1-0-0—$30,128) holds a special place with the Sandford team as she is by their multiple stakes-winning sire Take Charge Indy.

“It’s always special to have (Take Charge Indy) progeny in the barn,” Byrne said. “He was a very special horse to Maribeth and her late husband Chuck. (Indy Takes Charge) has that precociousness as her sire did.”

Indy Takes Charge will be ridden by Chris Landeros from post 2.

The group that purchased the financially troubled Louisville Jockey Club from founder Col. M. Lewis Clark in 1894 created the Debutante along with the Louisville Handicap in 1895. 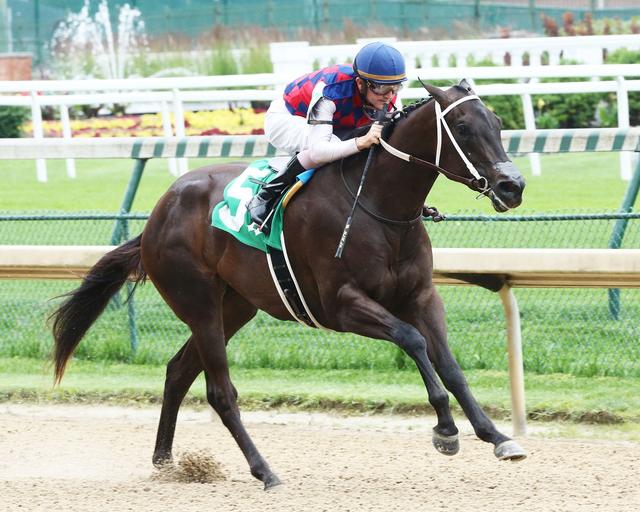