Father's Day Has Special Significance for the Simms Family 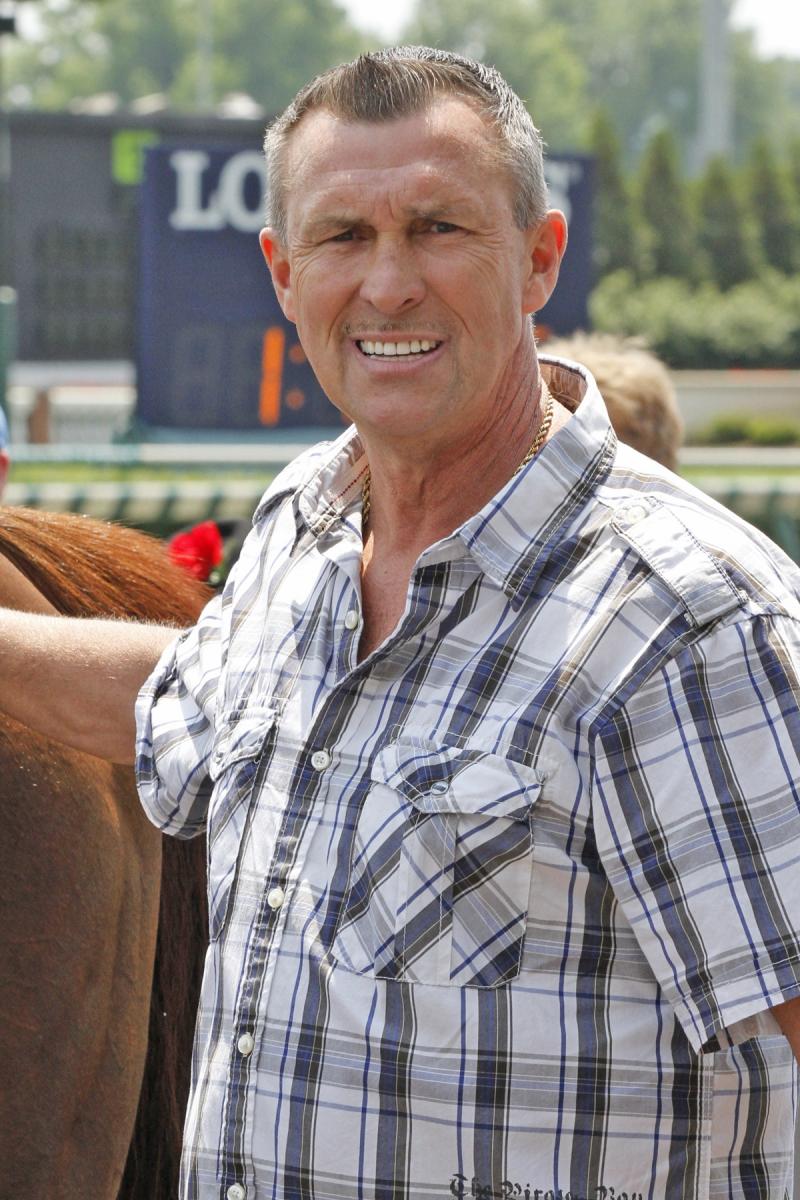 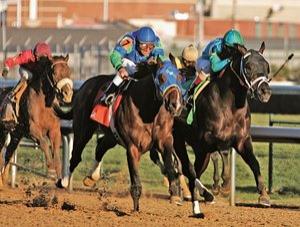 Magna Graduate (right), who was purchased as a yearling and initially trained by Garry Simms,edged Suave and Grade I winner Perfect Drift under jockey John Velazquez to win the 2005 running of Churchill Downs' Clark Handicap (then a Grade II) for trainer Todd Pletcher. (Churchill Downs)

Trainer Tom Amoss was a guest on Saturday's broadcast of "Inside Churchill Downs" on Louisville's ESPN680 radio. Amoss' interview and the entire program can be heard via podcast at http://www.espnlouisville.com/. (Churchill Downs)

For trainers Garry and Zack Simms, Father’s Day holds a special meaning for the father-son team after Garry was diagnosed with cancer nearly eight years ago.

Simms, based at Trackside Louisville, Churchill Downs’ satellite training facility located five miles from the main track, left his stable in the hands of his 25-year-old son, Zack, more than four years ago.

“Dad is so tough,” Zack said. “We really thought we were going to lose him on multiple occasions. He’s had more hospital visits than you could ever imagine and yet he’s still fighting every single day.”

The tandem has been working together full-time since 2012 and, together, they’ve experienced the highest of highs and the lowest of lows.

“When we had Blueeyesintherein win the Debutante in 2012, that was such a great day,” Zack said. “We won the race with Flashy Lassie in 2011 but I remember how excited Dad was that day.”

Garry’s health problems first began in 2009 when he was diagnosed with multiple myeloma, a condition that he was given an initial diagnosis as terminal, but was still able work regularly through 2012.

“He’s been through it all,” Zack continued. “He’s had more than 200 chemo treatments, 50 radiation treatments and back-to-back bone marrow transplants. You want to talk about tough, Dad is the definition of tough.

“There’s a 90 day recovery time in the hospital for bone marrow transplants. Dad completed the first one and it didn’t work. So, on Day 91, they did another one. We’re just so blessed the second one worked.”

Simms, a Louisville native, has 238 victories in a training career that has spanned 27 years. He first entered the sport while working in the bar he owned in Louisville when a friend came in and asked him to be partners on a Thoroughbred. Simms said the horse ran twice and got beat the length of the stretch both times.

Later, he decided that he wanted to be more involved in horse racing and bought a farm in Shelbyville, Ky. and then went to work for Diane Carpenter in 1984.

He received his license to train horses in 1991 and recorded his first win on March 22, 1992 at Turfway Park. Two years later, Simms recorded his first stakes victory when Nasty But Worth It rolled to a 6 ½-length win at odds of 10-1 in the 1994 Cincinnati Trophy at Turfway Park. His other stakes winners include 2010 Cradle hero Tanzana, 2012 Bashford Manor (GIII) champ Circle Unbroken and 2014 Kentucky Downs Juvenile winner Croninthebarbarian.

Garry Simms doesn’t train as many horses as he used to but continues to pass along his knowledge to Zack.

“One of the biggest things Dad has taught me is how to buy horses,” Zack said. “He would go and pick these horses out at the sale and had the perfect eye to finding the right ones.”

One of his noteworthy purchases was Magna Graduate as a yearling in 2003. He trained the colt for his first three starts, which included a runner-up effort to Greater Good in the 2004 Kentucky Cup Juvenile (GIII). Magna Graduate was subsequently sold privately by owner Burr Travis to Elisabeth Alexander, and the son of Honor Grades went on to earn more than $2.5 million and win multiple graded stakes races, including the 2005 Clark Handicap (GII).

Even though Garry hasn’t been to the barn in a long period of time, he is still a vital part of the training program.

“We still go over each of the horses every day,” Zack said. “I’ll make the set list but Dad will still make the breeze schedule and pick the spots to enter the horses.”

Garry, 65, remains at home recovering but has recently turned the corner for the better.

“He’s essentially been laid up for seven years,” Zack said. “The cancer took such a big toll on his body that it made him lose nearly 75 pounds at one point.

“This week he was finally starting to feel better. The other day he was outside mowing the lawn. It’s truly amazing. Of course, I offered to help but he told me ‘No, I want to do this; I can do this now.’ He’s started to call me early in the morning to check on things around the barn. It hasn’t been this way in a very long time. Who knows, maybe he’ll show up at the barn one morning.”

SPECIAL FATHER’S DAY COMBO – Churchill Downs is offering a special $15 Father’s Day Combo for Sunday, which includes a reserved box seat, official program and a voucher for a domestic draft beer or souvenir soda and a hot dog. Tickets can be purchased online at www.ChurchillDowns.com/Tickets.

DOWN THE STRETCH – The podcast of “Inside Churchill Downs” that includes interviews with trainers Tom Amoss and Dallas Stewart is available at http://www.espnlouisville.com/. The show, hosted by Churchill Downs Racetrack’s John Asher, Darren Rogers and Kevin Kerstein, airs every Saturday from 10-11 a.m. on ESPN 680/105.7. … Churchill Downs has a special Stakes & Eggs brunch in the Stakes Room on Sunday for $45 ($22 for children 12 and under). Tickets can be purchased in advance online at www.ChurchillDowns.com/Tickets. … The “Who’s the Champ? Handicapping Contest” returns Sunday. Interested participants can enter for $35 ($30 for TSC Elite members) for a chance to win the $1,000 cash voucher first prize by placing mythical $2 win and place bets on Races 3-8. Second place receives a $500 voucher and third place is worth a $200 voucher. Registration takes place between 11:30 a.m. and 1:30 p.m. on the Clubhouse second floor at the top of the Gate 17 escalators. 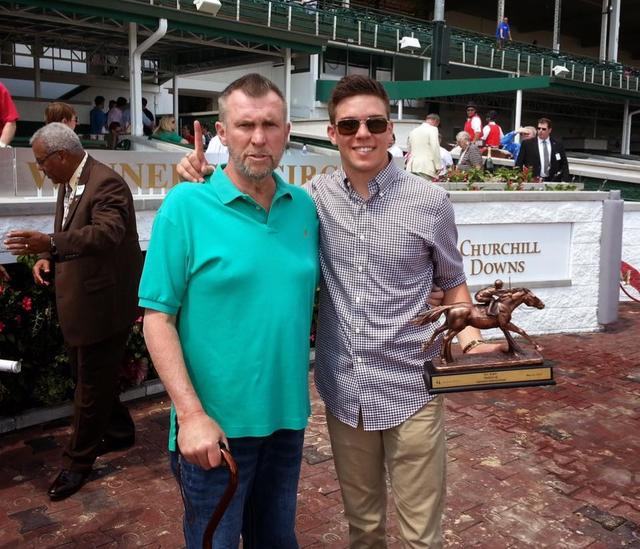