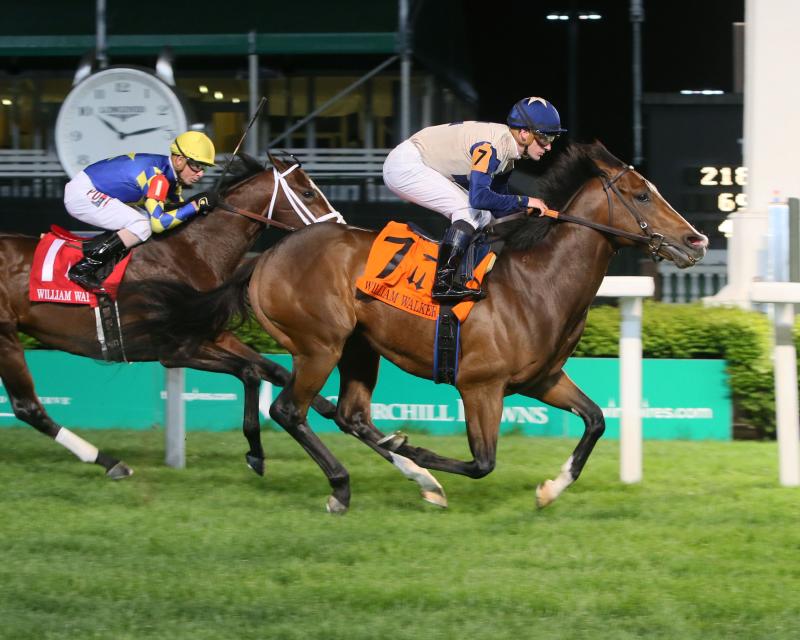 Newtown Anner Stud’s Beckford (GB) rallied from far back in the stretch under jockey Julien Leparoux to run down pace-setter Salmanazar to win the fourth running of the $100,000 William Walker Presented by GE Appliances, the featured event on the "Opening Night" of the Churchill Downs Spring Meet. (Coady Photography/Churchill Downs) 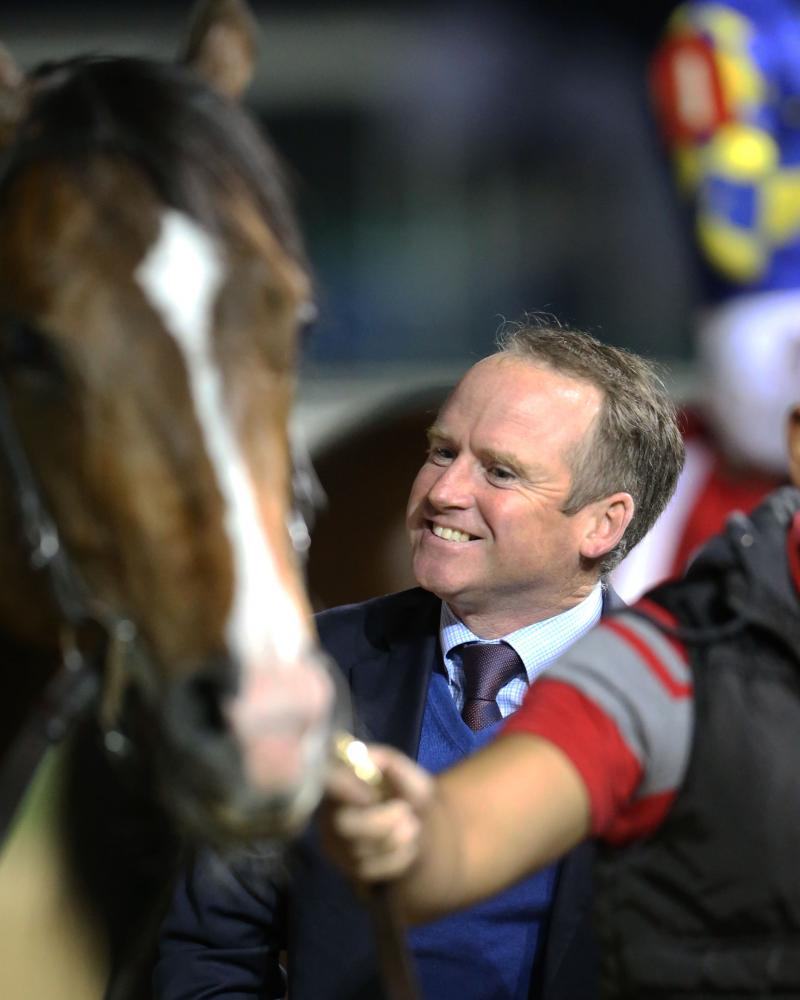 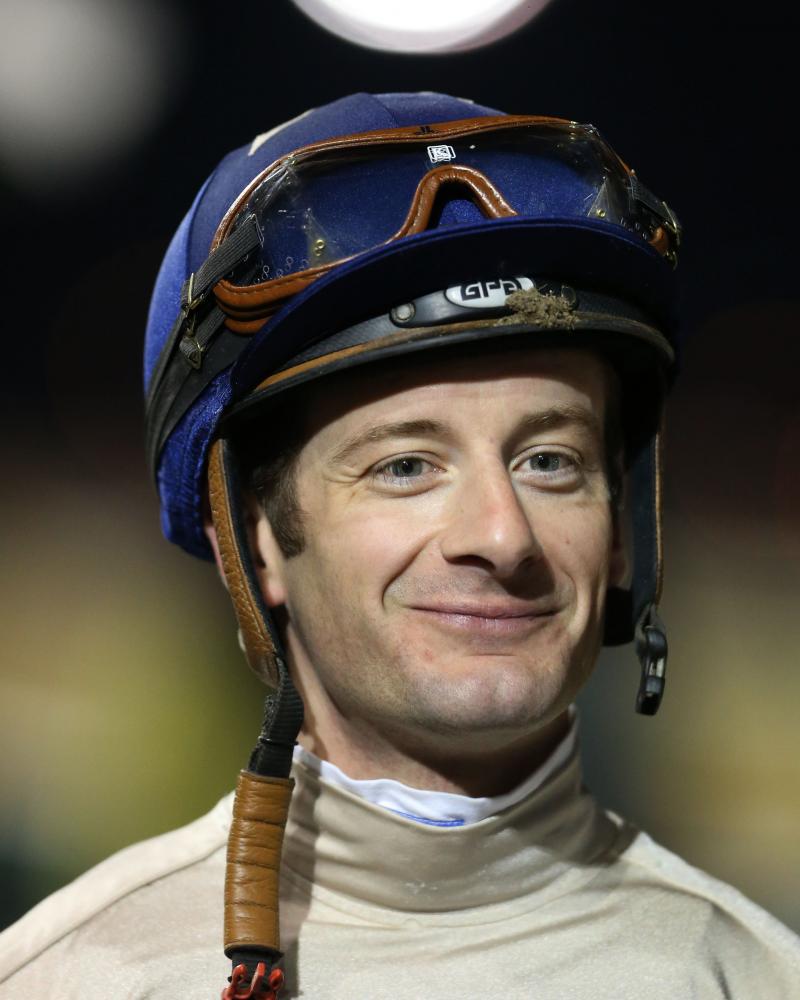 Newtown Anner Stud’s Beckford (GB) rallied from far back in the stretch to run down pace-setter Salmanazar by three-quarters of a length to win the fourth running of the $100,000 William Walker Presented by GE Appliances for 3-year-olds in front of a crowd of 22,023 on Opening Night presented by Budweiser to kick off the 38-day Spring Meet.

Trained by Brendan Walsh and ridden by Julien Leparoux, Beckford covered the five furlongs on a firm Matt Winn Turf Course in :57.28.

A Group II winner in Ireland last year, Beckford was making his first start since finishing fifth in the Breeders’ Cup Juvenile Turf (GI) behind Mendelssohn. Beckford is a son of Bated Breath (GB) out of the Danehill Dancer (IRE) mare Whirly Dancer (GB).

Sent off as the favorite in the field of eight, Beckford returned $5, $3.40 and $2.60. Salmanazar, ridden by Corey Lanerie, returned $4 and $2.60 with Masked finishing another 2 ½ lengths back in third under Shaun Bridgmohan and paying $2.60 to show.

It was another 2 ½ lengths back to I’m Corfu with Vitsal, Elusive Mischief, Pure Shot and Drena’s Star following in order.

Racing resumes Tuesday with a nine-race program that begins at 12:45 p.m. (all times Eastern).

Julien Leparoux (Jockey, Beckford, winner) – “He’s a very fast horse. I knew he needed a target in front of him so we sat off the pace in a good spot around the turn and he flew home. I think he is going to have a very bright future ahead of him. Brendan and his team did a very nice job with him.”

Brendan Walsh (Trainer, Beckford, winner) – “We thought he was a special horse when we first got him. Just by simply looking at his past performances he ran some very nice races as a 2-year-old. He does his best running with a target in front of him. We’ll probably regroup and see how he comes out of this race to determine a plan for him the rest of the year.” 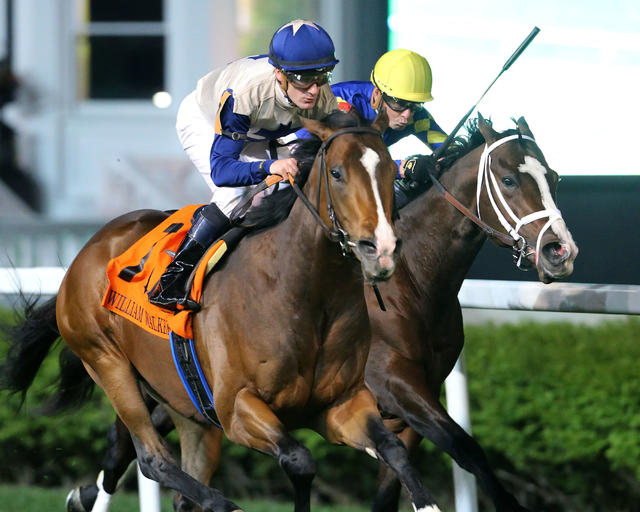