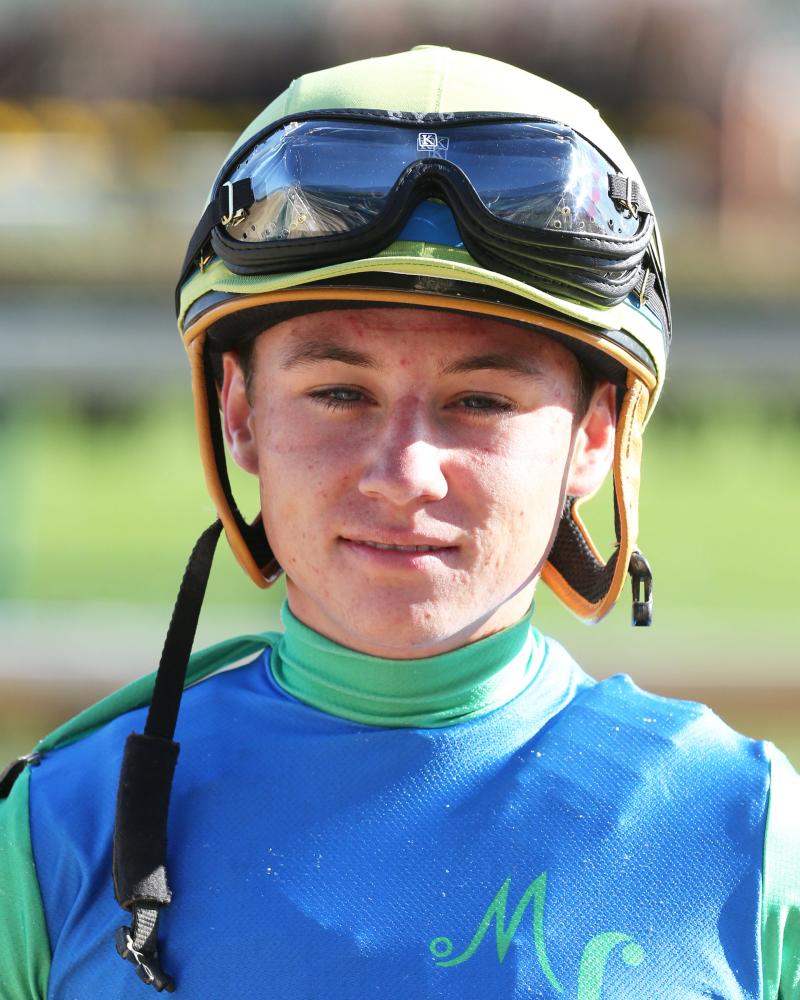 Brereton C. Jones and Timothy C. Thornton’s Include Betty, winner of the Grade I Mother Goose to highlight her 3-year-old season, and Mike Tarp’s Go Maggie Go, winner of Pimlico’s Black-Eyed Susan (GII) and fourth to Cathryn Sophia in the Longines Kentucky Oaks (GI), loom as major contenders in a competitive group of 11 fillies and mares ages 3-and-up entered in the 101st running $200,000 Falls City Handicap (GII), the centerpiece of a 12-race Thanksgiving holiday racing program on Thursday, Nov. 24 at Churchill Downs Racetrack.

The Falls City dates back to the first racing meet in 1875 at the track then known as the Louisville Jockey Club, but unlike the Kentucky Derby Presented by Yum! Brands (GI), the Kentucky Oaks and Friday’s Clark Handicap Presented by Norton Healthcare (GI) – all of which made their debuts in that first local racing meet and have been run annually since – there have been some gaps in its renewals through the years. Through its history the 1 1/8-mile Falls City has provided a stage for both rising stars and fillies and mares who are preparing to end their racing days and embark on a new career in the breeding shed.

Thanksgiving Day’s renewal of the Falls City is scheduled as the 10th event on a 12-race program that begins with a special first race post time of 11:30 a.m. (all times EST). The Falls City shares the holiday racing spotlight with the 39th running of the $100,000 River City Handicap (GIII) for 3-year-olds and up at 1 1/8 miles on the Matt Winn Turf Course. The Falls City has a scheduled post time of 3:53 p.m., while the River City is set for 4:22 p.m.

The Tom Proctor-trained Include Betty finished eighth behind Lovely Maria in the 2015 Kentucky Oaks, but rebounded to win the $300,000 Mother Goose at Belmont Park in the high point of her 3-year-old season that also featured triumphs in the Fantasy (GIII) at Oaklawn Park, the Suncoast at Tampa Bay Downs and the Remington Park Oaks. The 4-year-old daughter of Include has made only three well-spaced starts this year, but finished a close second in her most recent outing in an allowance race over a muddy track at Parx. That was Include Betty’s first outing since a fifth-place run behind Cavorting in the Ruffian (GII) at Belmont Park on May 14.

Include Betty will be the starting Falls City high weight at 120 pounds and will be ridden from post six by 19-year-old rising star Drayden Van Dyke. She brings a career record of 5-4-3 in 17 races and earnings of $777,780 into the Thanksgiving Day fixture.

The 3-year-old Go Maggie Go burst onto the racing scene early this year with impressive triumphs in her first two career starts at Gulfstream Park that included a 2 ¼-length victory in the Gulfstream Park Oaks (GII). The Dale Romans-trained filly competed in the Kentucky Oaks off that light preparation and overcame a troubled journey to finish fourth, beaten only three lengths. She followed her Oaks run with a fifth-place run behind Carina Mia in the one-mile Acorn (GI) at Belmont Park and a disappointing finish behind then-unbeaten Songbird in Saratoga’s Alabama (GI) in her most recent outing.

The daughter of Ghostzapper has been working steadily at Churchill Downs in preparation for her return to competition in the Falls City. She will carry 118 pounds and will break from post eight under jockey Robby Albarado, who will ride Go Maggie Go for the first time. Along with her record of 3-0-0 in six races, Romans’ filly brings career earnings of $423,400 into the Falls City.

Another contender in the Falls City could be The Elkstone Group LLC’s consistent Lady Fog Horn, who scratched from the $100,000 Cardinal Handicap (GII) on the turf on Saturday in favor of a Falls City bid. The Tony Granitz-trained 4-year-old Zavata filly has won four of six races in 2016 to improve her career record to 12-3-2 in 21 starts. The reigning Indiana Horse of the Year won the $150,000 Frances Slocum at Indiana Grand for the second consecutive year – one of her six stakes victories over that track during the past two seasons – and her career earnings of $647,993 make her the record-holder for the richest Indiana-bred female.

Other contenders in the Falls City include JSM Equine’s Alotta Skirt, a 3-year-old daughter of Candy Ride coming off a 1 1/16-mile allowance at Churchill Downs for trainer Eddie Kenneally in her most recent race; G. Watts Humphrey Jr.’s Romantic Vision, a Rusty Arnold-trained 4-year-old daughter of Lemon Drop Kid who won a 1 1/16-mile allowance race at Keeneland last time out; Nancy Vanier and Cartwright Thoroughbred V LLC’s Streamline, runner-up to Forever Unbridled in the Apple Blossom (GI) for trainer Brian Williamson in April at Oaklawn Park; and Lothenbach Stable’s No Fault of Mine, the Chris Block-trained runner-up in the 2014 Golden Rod (GII) at Churchill Downs and the 2016 Arlington Matron (GIII) on synthetic Polytrack at Arlington Park.

Walkabout, a 3-year-old daughter of Stroll has won three of her last six races – including two victories at Churchill Downs, and suffered a narrow defeat to Falls City rival Alotta Skirt in her most recent race. Sweetgrass, a daughter of 2007 Kentucky Derby winner Street Sense, finished third to Kiss to Remember over a muddy track in Churchill Downs’ Grade II Chilukki in September.