Brian Hernandez Jr. became only the 13th jockey in Churchill Downs history to ride 600 winners at the home of the Kentucky Derby when the 33-year-old won Friday’s featured 10th race aboard Twelfth Labour for trainer Dallas Stewart.

“It certainly means a lot to get this accomplishment,” Hernandez said. “I started riding at Churchill the day after I graduated high school and to get 600 wins here means a lot. It’s because of trainers like Dallas that have supported me my entire career that I was able to reach this milestone today. This is just a start and we’ll keep on going up from here.”

Hernandez Jr., who began riding professionally in 2003, won his first race at Churchill Downs aboard Machine to Tower on May 27, 2004. Overall, the native of Lafayette, La. has won 1,938 races and his mounts have amassed more than $76.8 million from 14,182 starts during a 16-year riding career. 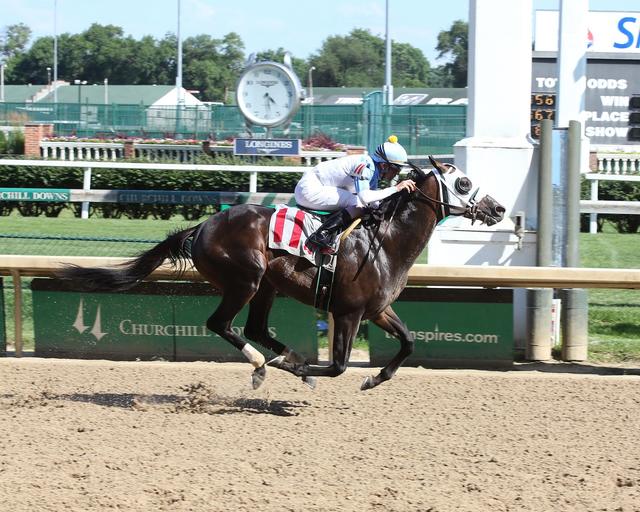