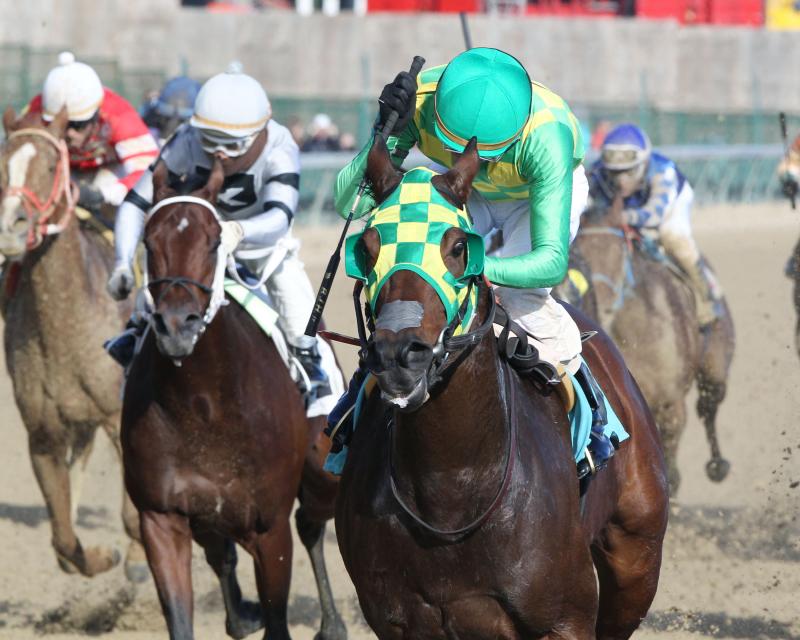 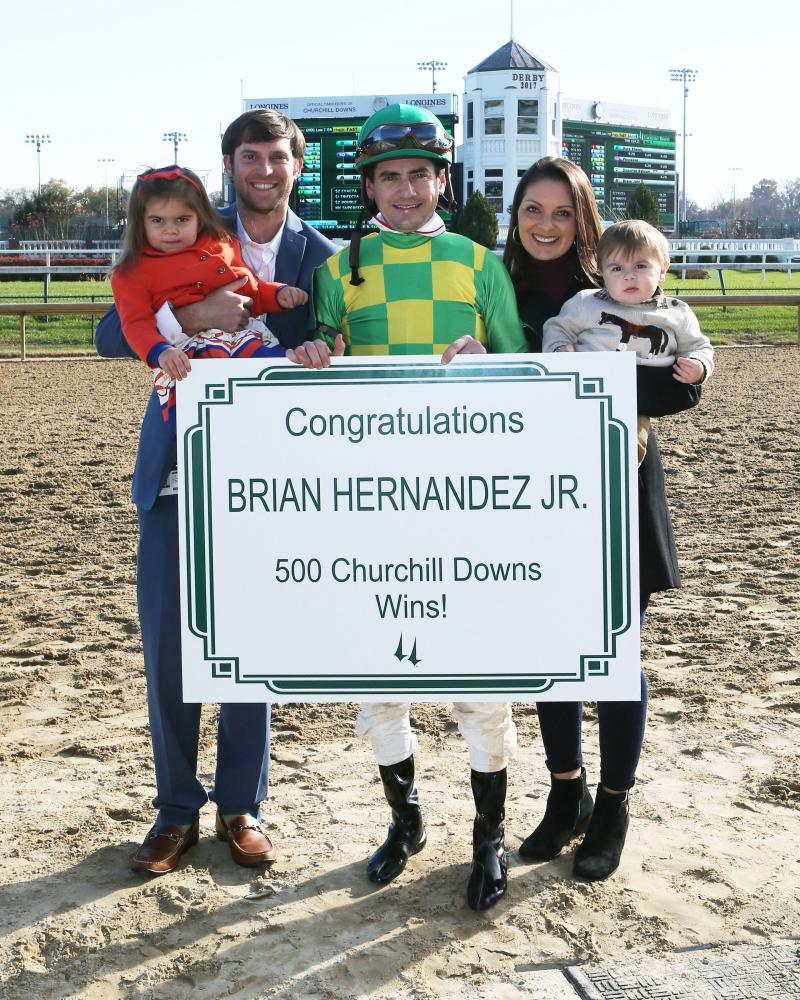 Jockey Brian Hernandez Jr., his wife Jamie and their children were joined by longtime friend Gary Palmisano to celebrate as the 32-year-old rider became jsut the 14th jockey in the 143-year history of Churchill Downs to pilot 500 winners at the track. (Coady Photography, Churchill Downs)

Brian Hernandez Jr. became the 14th jockey in Churchill Downs history to ride 500 winners at the home of the Kentucky Derby when the 32-year-old won the seventh race on Thanksgiving Day aboard Rock Shandy for trainer Jordan Blair.

“It’s great to have my family here with me for this,” Hernandez Jr. said. “I’m thankful for all of the trainers and owners who have supported me throughout my career so far.”

Hernandez Jr., who began riding professionally in 2003, won his first race at Churchill Downs aboard Machine to Tower on May 27, 2004. Overall, the native of Lafayette, La. has won 1,729 races and his mounts have amassed more than $63.8 million from 12,629 starts during a 15-year riding career. 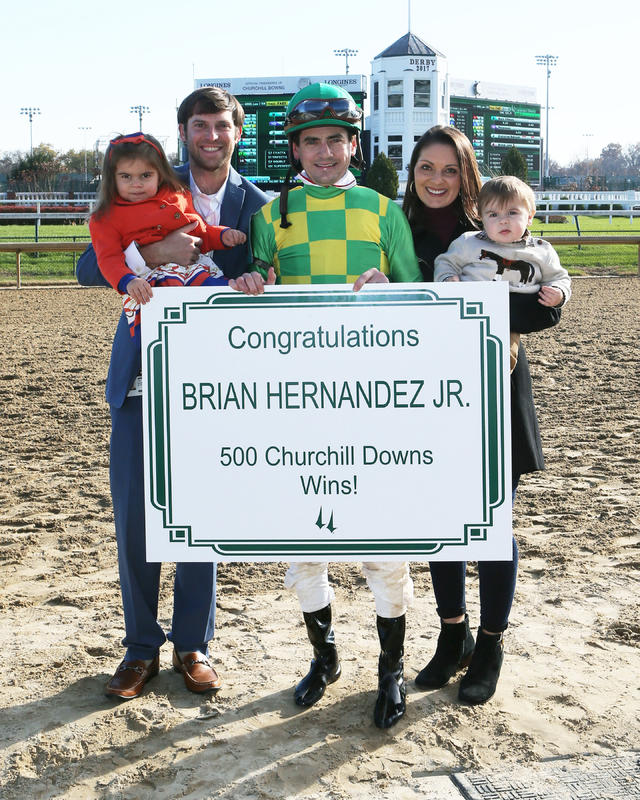