The Turf Publicists of America (TPA) announced today that the 2018 Big Sport of Turfdom award, which recognizes a person or group of people who enhance coverage of Thoroughbred racing through cooperation with media and racing publicists, will be presented posthumously to John Asher, the late vice president of Racing Communications at Churchill Downs and former president of the TPA (2000).

“The TPA’s tagline is ‘telling great stories since 1951,’ and no one told horse racing’s stories better than John Asher,” said TPA President Rhonda Norby. “The Big Sport of Turfdom award is about honoring a person who promotes the sport in cooperation with the media, and there is no one more deserving for this award than John.”

Asher, a lifelong racing fan, landed his dream job at Churchill Downs in 1997 and had served as vice president of Racing Communications since 1999. He was the face of the Kentucky Derby and Churchill Downs for nearly every journalist who covered the iconic race as well as other major events such as the Breeders’ Cup, which was held four times under the Twin Spires during his tenure.

“The continued outpouring of love and respect for John has truly helped his family, friends and colleagues during this incredibly difficult period,” said Kevin Flanery, president of Churchill Downs. “The Big Sport of Turfdom is a tremendous honor, and there is no individual who would have been more proud to be associated with such an esteemed group of previous honorees, many of whom John knew, worked with and greatly admired.”

The Big Sport of Turfdom will be presented to John’s wife, Dee, at the University of Arizona Race Track Industry Program’s annual awards luncheon on Tuesday, December 4, emceed by Santa Anita Park track announcer Michael Wrona. The luncheon is part of the 2018 Symposium on Racing & Gaming at Loews Ventana Canyon Resort in Tucson, Ariz.


The luncheon is included in registration fees for the symposium. Additional information about the luncheon may be obtained by contacting TPA Secretary/Treasurer Dave Zenner.

Asher, the irreplaceable ambassador for Churchill Downs and his beloved city of Louisville, passed away August 27 at the age of 62.

“The way the racing community has embraced us since John’s passing has been truly humbling, and for him to be honored for doing what he loved so much means a lot,” Dee Asher said. “John would be thrilled with this recognition, especially coming from friends and colleagues in the industry.”

Prior to joining Churchill Downs, Asher was an award-winning radio journalist at WHAS-AM and WAVE-AM in Louisville, where he earned five Eclipse Awards for “Outstanding National Radio Coverage of Thoroughbred Racing” and countless other honors, including being named seven times by the Associated Press as Kentucky large market radio’s “Best Reporter.”

The Big Sport of Turfdom has been presented annually since 1966. Last year’s winner was Penny Chenery, the owner of the legendary Secretariat and a two-time winner of the award. Other previous winners include Art Sherman, the trainer of 2014 and 2016 Horse of the Year California Chrome; jockeys Mike Smith, Pat Day, Chris McCarron, Bill Shoemaker, Angel Cordero Jr., Eddie Arcaro and Gary Stevens; trainers D. Wayne Lukas and Jack Van Berg; as well as other individuals who have made significant contributions to the sport, such as announcer Tom Durkin, author Laura Hillenbrand, broadcaster Jim McKay, turf writer Joe Hirsch, and actors Tim Conway and Jack Klugman.

A complete list of past Big Sport of Turfdom winners can be found online at http://www.turfpublicists.com/awards.html 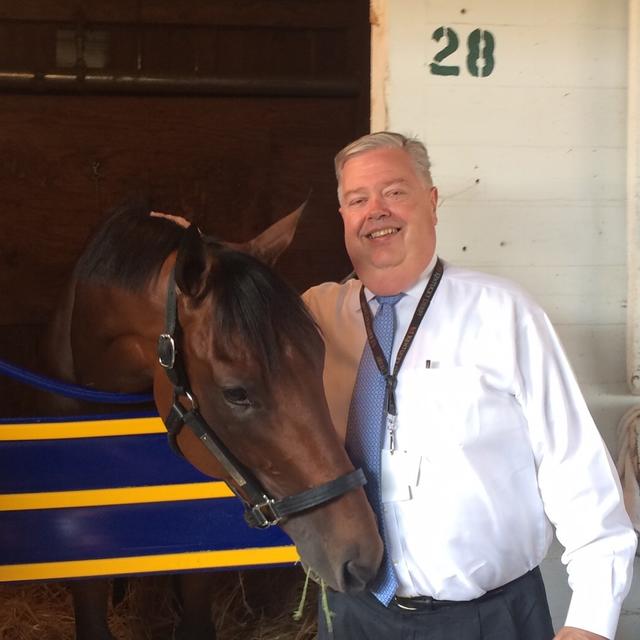