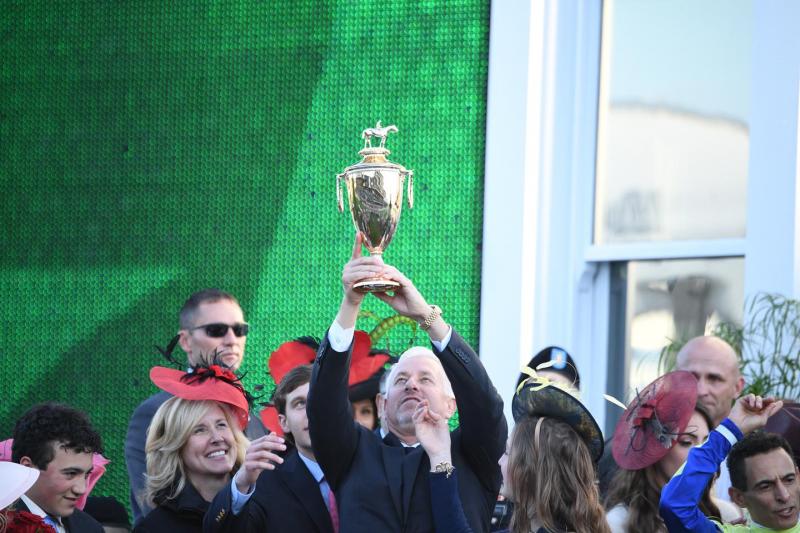 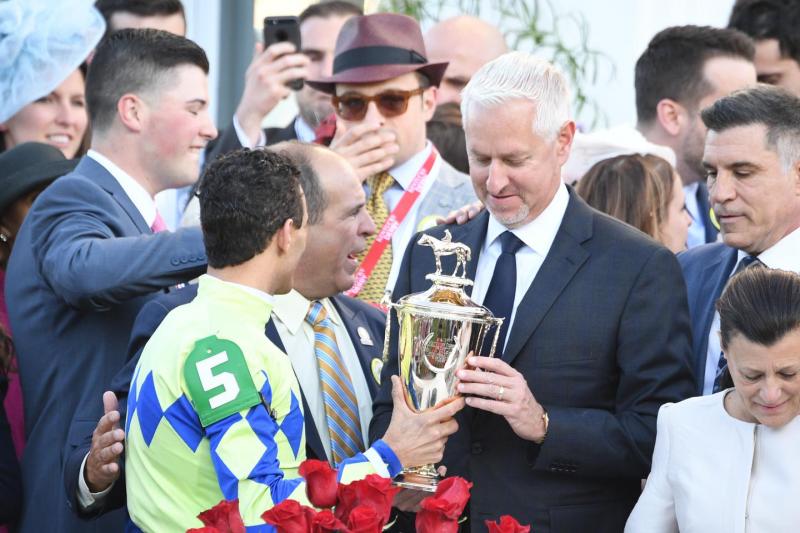 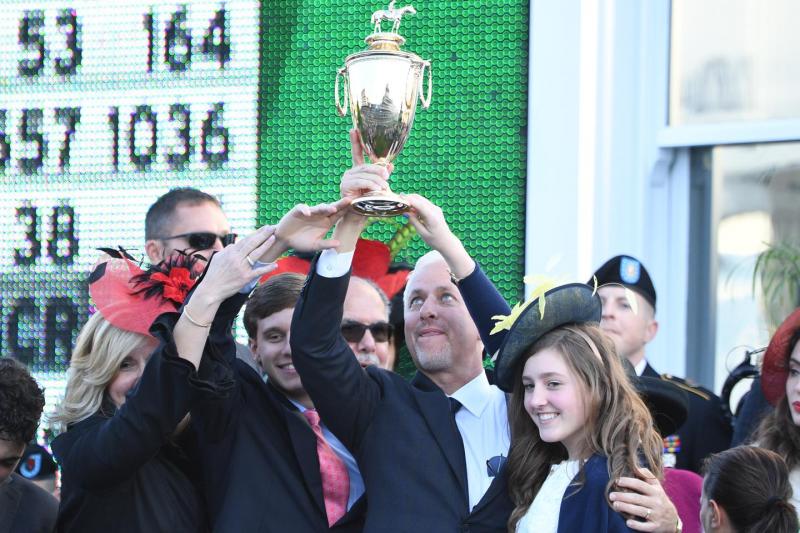 TRAINER QUOTES FROM THE 143RD RUNNING OF THE KENTUCKY DERBY

Todd Pletcher, trainer of Always Dreaming (1st)/Tapwrit (sixth)/Patch (14th) – (A very emotional Todd Pletcher shedding tears of joy): “I knew we had a big shot with this horse and I was hoping it would happen. The trip unfolded not exactly the way we had planned. We knew for sure we didn’t want to be behind a wall of horses and that turned out OK. Johnny (Velazquez) of course rode him great. This is so special to win this race with Johnny. We’ve been together for all these years and this is sweet. I’m sorry I don’t have a clue about my other two horses. I was so intense following Always Dreaming up front that I never did get a chance to pick them up.”

Steve Asmussen, trainer of Lookin At Lee (2nd)/Hence (11th)/Untrapped (12th) –"I'm definitely proud of 'Lee.' He just keeps coming. Drawing the one was tough. He's the first horse in 20 years to run in the top three from the one hole. A lot of credit goes to Corey (Lanerie) for navigating a very good course from there. To me, the Kentucky Derby, everything about it is a thrill. I'm just proud of the effort of Lookin at Lee and the whole team. Hats off to the winner. He ran an incredible race. With Untrapped, Ricardo (Santana Jr.) found a really good spot with him. It just ran away from him in the middle. Hence didn't run into the mud hitting him."

Jerry Hollendorfer, trainer of Battle of Midway (3rd) – “I thought our horse gave a nice effort. We had a good position coming into the lane but Todd’s horse was too good.”

Mark Casse, trainer of Classic Empire (4th)/State of Honor (19th) – “We got wiped out at the start. That’s the problem with the auxiliary gate. McCraken came and nearly knocked us. Classic Empire really got clobbered. The track is impossible. Our horse ran extremely well, considering. State of Honor didn’t like the track. I should have told Jose (Lezcano) to go right to the rail because the track has been so speed favoring, especially on the rail.”

Chad Brown, trainer of Practical Joke (5th) -- “We got a beautiful trip from the 19 hole. I thought Joel (Rosario) did as well as he could. My horse really got a dream trip, I thought. He even got to the inside where it appeared the track had been better the last two days. He cut the corner and he just couldn’t sustain his run. I thought he handled the conditions well and so did Joel. Can’t blame the track. I think today he showed he just has a limit to how far he can run. He’s a fine racehorse, he’s a Grade 1 racehorse. He just can’t go this classic distance. I’ll talk to the owners, we’ll give him a little bit of a breather, and we’ll focus on races a little bit shorter than this.”

Antonio Sano, trainer of Gunnevera, (7th) – "He came back very well. We have no excuse."

Ian Wilkes, trainer of McCraken (8th) – “I got a great ride. He got knocked around a bit leaving there but that’s the Derby. I thought he got him in a good rhythm, got him in a good position. He made his move and I got a little excited but he didn’t finish it off. The winner was too good.”

John Shirreffs, trainer of Gormley (9th) – “Gormley came back fine. I’d really prefer not to comment on his race until I have a chance to watch the replay.”

Graham Motion, trainer of Irish War Cry (10th) – “Rajiv (Maragh) said he was cruising at the top of the stretch. He said he kind of went from having a lot of horse to not having a lot of horse in three strides. Could it be the mile and a quarter? Maybe, but I think it’s too early to say. He just didn’t finish up. Rajiv thought he was really traveling at the top of the stretch.”

Joe Sharp, trainer of Girvin (13th) – “Mike (Smith) came back and said he belongs with this bunch. He hated the track, but still tried to make a run and then we got wiped out on the turn.” Mike said I should run him back in the Preakness or the Belmont.”

Dale Romans, trainer of J Boys Echo (15th) -- "He just had an awfully rough trip. I came back to the barn to check on him and he seems to be walking fine."

Doug O’Neill, trainer of Irap (18th) – “Disappointing. Mario (Gutierrez) said he didn’t handle the track at all. We’ll have to talk to Mr. (Paul) Reddam, but I don’t think it is likely we will go on to Maryland.”