Designated Hitters Racing’s $125,000 Kentucky Juvenile hero Rookie Salsa tops a field of 10 2-year-olds that were entered in Saturday’s 118th running of the $125,000 Bashford Manor (Grade III) – part of a trio of stakes races on closing day of the 38-day Spring Meet at Churchill Downs.

The six-furlong Bashford Manor, carded as Race 11 at 5:59 p.m. (all times Eastern), is the featured event on the 12-race extravaganza to close the Spring Meet at Churchill Downs. Also on the program is the Bashford Manor’s female counterpart, the $125,000 Debutante (Listed) for 2-year-old fillies, and the $120,000-added Kelly’s Landing Overnight Stakes for older sprinters. A total of 137 horses were entered for Saturday’s card, which has a first post of 12:45 p.m.

Rookie Salsa (3-2-0-1—$112,975), trained by Maryland-based conditioner Jeremiah O’Dwyer, rallied from four-lengths off the pace to defeat seven rivals by 1 ½ lengths under jockey Angel Suarez at odds of 27-1 in the five-furlong Kentucky Juvenile on May 1. The Florida-bred son of Two Step Salsa recently finished third in the $150,000 Tremont Stakes on June 7 at Belmont Park. Suarez has the return call on Rookie Salsa, who will break from post position No. 4.

Among the rivals to Rookie Salsa in the Bashford Manor is Bada Beng Racing, Tom Beckerle, Terry Lovingier and Amanda Navarro’s Phantom Boss (2-1-1-0—$55,900), who enters the race after an easy 2 ½-length score in a California-bred maiden special weight contest at Santa Anita. Trained by West Coast conditioner Jorge Periban, regular rider Rafael Bejarano is scheduled to have the mount on Phantom Boss, who drew post 1.

Because Saturday is closing day, there will be mandatory payout in the Single 6 Jackpot with all monies distributed to ticket holders with the most winners in the six-race series. Saturday’s Single 6 Jackpot, which only costs 20 cents per combination, will cover Races 7-12 starting at approximately 3:50 p.m. The daily six-race sequence, which has a low 15% takeout, has challenged bettors to select the winners of six consecutive races but the Jackpot pool is only paid if there is a single winning ticket. When multiple tickets contain six winners 90% of that day’s pool is paid out and 10% is added to the Jackpot carryover. 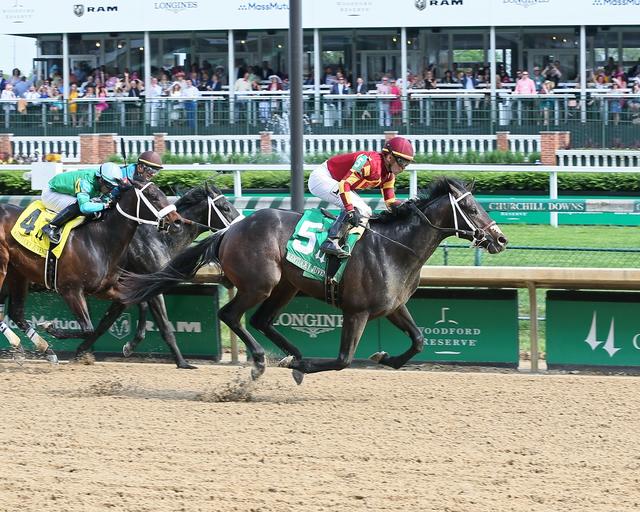