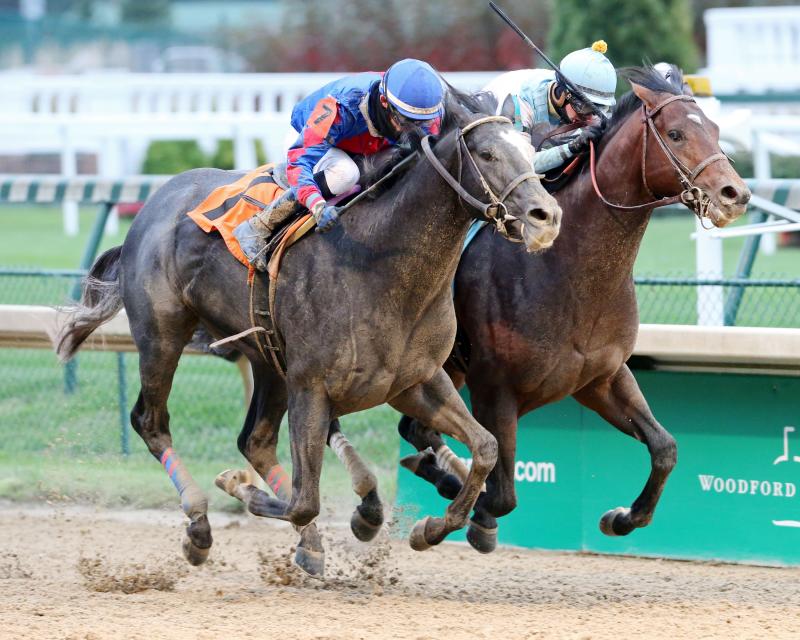 Jockey Chris Landeros, who has ridden more than 450 races for his father-in-law, trainer Ian Wilkes, hopes Lothenbach Stables’ Gotta Go catapults him onto the “Road to the Kentucky Derby” trail in next Saturday’s $200,000 Kentucky Jockey Club (Grade II) at Churchill Downs.

“This is the time in my career where I need to take some chances,” said Landeros, who began riding full-time on the Kentucky circuit in 2014. “These are the type of mounts I strive to get. This is a horse who keeps improving every time I’ve been on him.

“I’ve been lucky to ride a lot of nice horses for Ian and he has a really nice string of 2-year-olds. One of my goals was to be able to go to Florida in the winter. I’m taking a shot this year for the first time and riding at Gulfstream Park. It was a really tough decision because we’ve been so consistent at Oaklawn the last few winters but with horses like Gotta Go it makes the decision a little easier. I want to make this my yearly routine to ride in Kentucky in the spring and fall, then go to Florida in the winter. There are a lot of other barns I’m starting to ride for that go to Florida so hopefully this helps keep my year-round business stay strong.”

Landeros, who is married to Wilkes’ daughter Shelby, has ridden Gotta Go in his last two starts with a most-recent victory in the one-mile, $80,000-added Street Sense Overnight Stakes.

“He really dug in and showed me how badly he wanted to win,” Landeros said. “There were a lot of experienced horses in that race and he was only making his third start after breaking his maiden. He has some maturing to do still but to be able to run like that on talent alone without completely being mentally ready, that is what impressed me. The Kentucky Derby is a long way away but hopefully this horse leads me there.”

The 2-year-old gray son of Shanghai Bobby hopes to give Wilkes a second-consecutive victory in the Kentucky Jockey Club after he won the 2016 edition with eventual Kentucky Derby contender McCraken.

“He’s still coming along with his training,” Wilkes said. “He’s got some learning to do still but he ran well against a solid field of horses (in the Street Sense).”