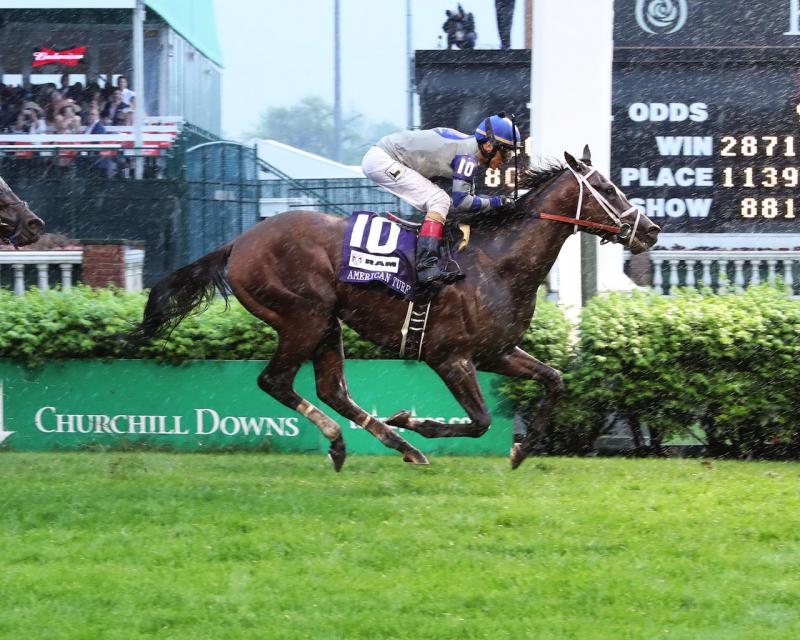 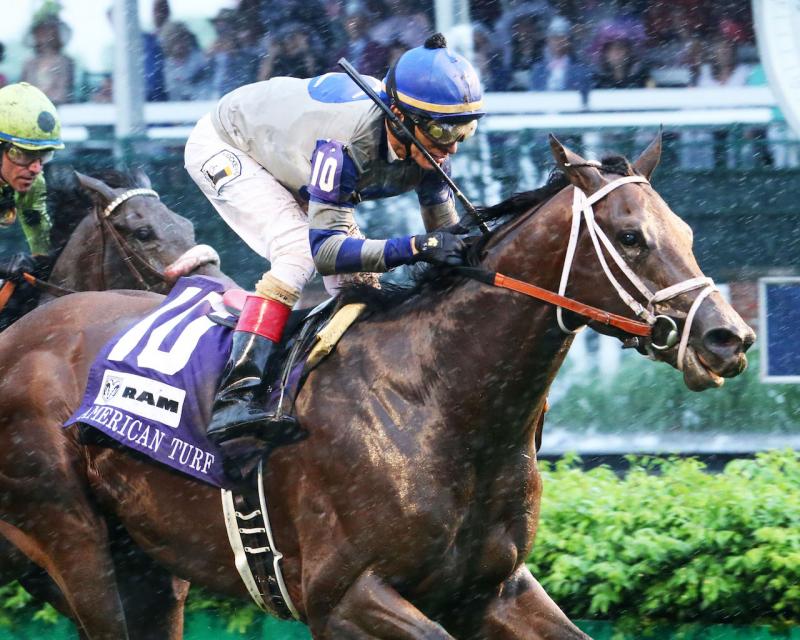 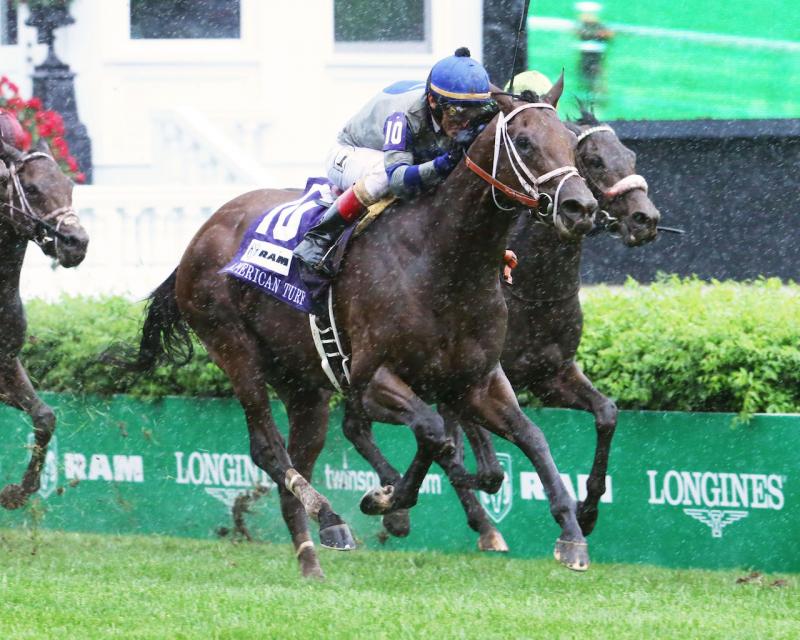 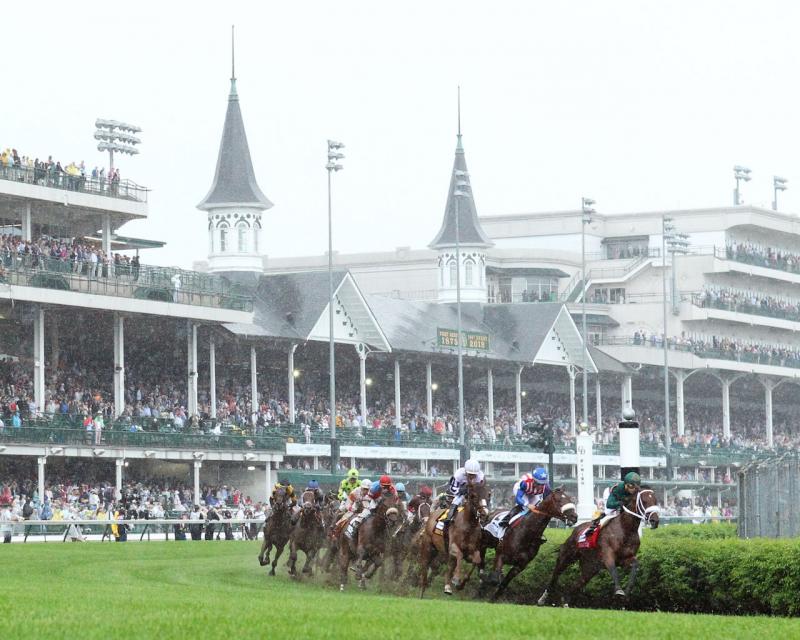 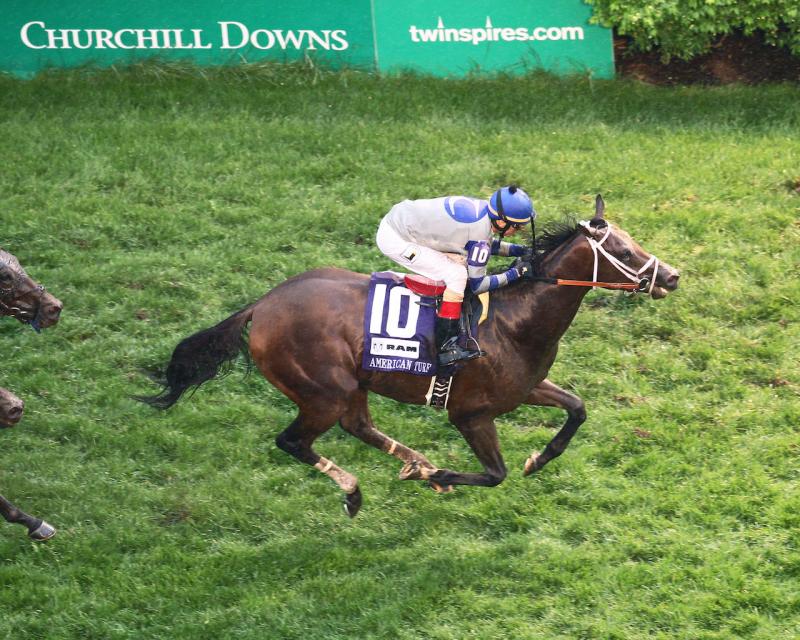 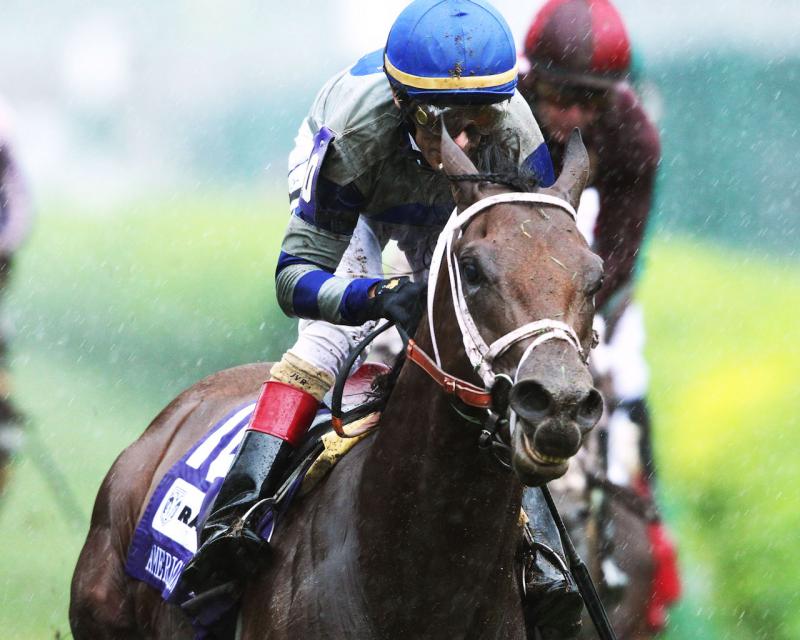 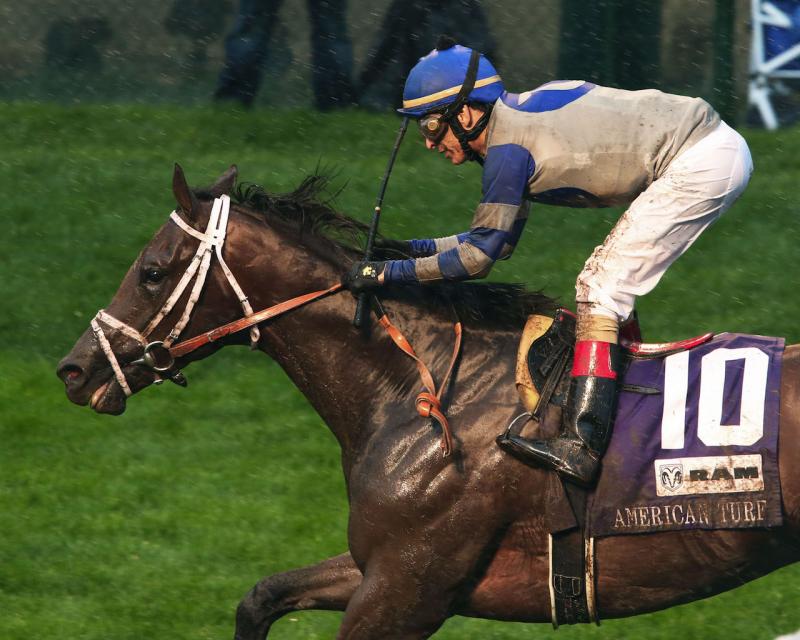 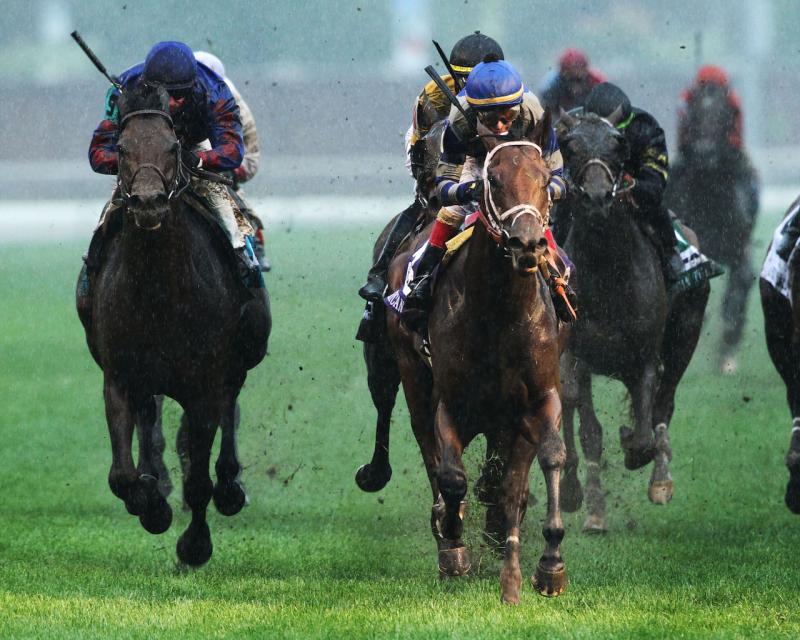 Trained by Todd Pletcher and ridden by John Velazquez, Maraud covered the 1 1/16 miles over the Matt Winn Turf Course rated as “good” in 1:47.52. It is the second win in the race for Pletcher (Doubles Partner in 2010) and Velazquez (Strategic Partner (2001).

Speed Franco shot to the lead from his inside post and led the field of 14 through fractions of :23.79, :48.39 and 1:13.96. At the head of the stretch, Speed Franco opened a daylight margin but the closers were coming.

Maraud struck the front inside the eighth pole and built enough of a lead to hold off the fast finishing Untamed Domain and Captivating Moon who dead-heated for second.

The victory was worth $169,260 and elevated Maraud’s bankroll to $337,770 with a record of 7-4-0-2. It was the second graded-stakes victory for the Kentucky-bred son Blame out of the Empire Maker mare Unbridled Empire.

John Velazquez (rider of Maraud, winner) – “I didn’t think my horse liked the soft turf. I took chance, took him back and tried to make one run with him. He showed me something and came through for me. The turf is very very soft now after all the rain.”

Todd Pletcher (trainer of Maraud, winner) – “A few hours ago it looked like it was holding up pretty well but it just kept raining and raining. At that point, we were already committed to running and this would be the softest ground he’s been on. I thought Johnny (Velazquez) gave him a clever ride. He kind of kept him off the rail on the middle of the turf course which seems to be a little bit better and he put in a big run. At Keeneland he just didn’t seem to handle the course, wasn’t quite himself that day. We were concerned about the weather today and I’m glad we decided to take a shot. We’ll probably take him back to New York and see what we have there. I’d love to make a race like the Belmont Derby.”

Florent Geroux (rider of Captivating Moon, dead heat runner-up) – “I put my head down and I was screaming for him to keep going to try to get second. He ran a great race. It feels very soft right now out there. Before it was a little bit wet, but now it's soft. I think he'll love Arlington for his next race.”

Chris Block (trainer of Captivating Moon, dead heat runner-up) – “He ran a huge race. He pushed hard to get second on a course that was a bog. We are really proud of him for running in those conditions. He's really improved and is going to get better. I think he'll love the (stakes races) at Arlington this summer. 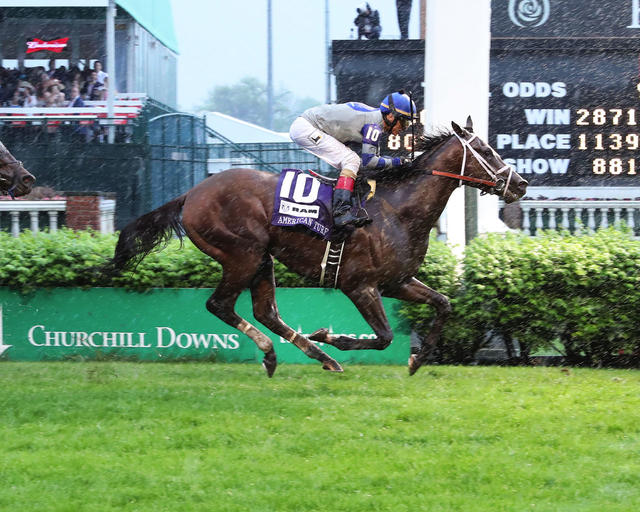