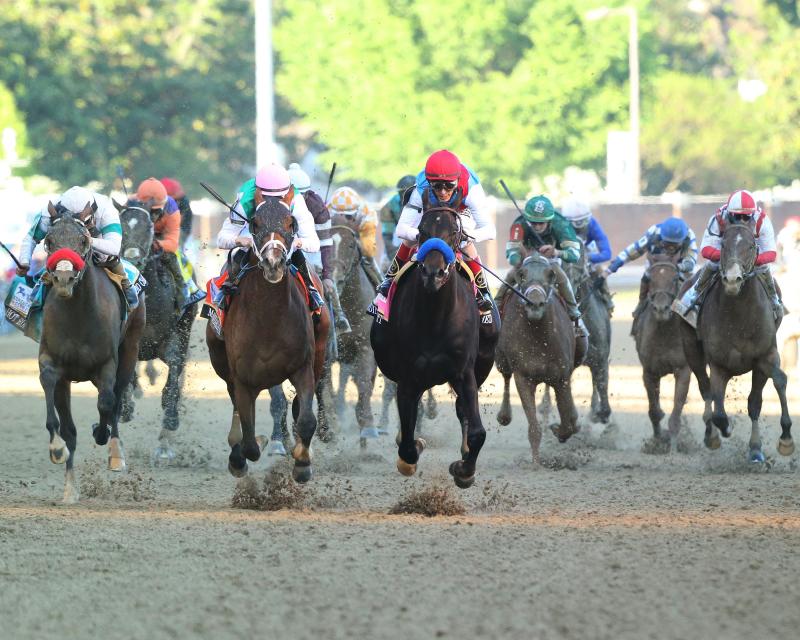 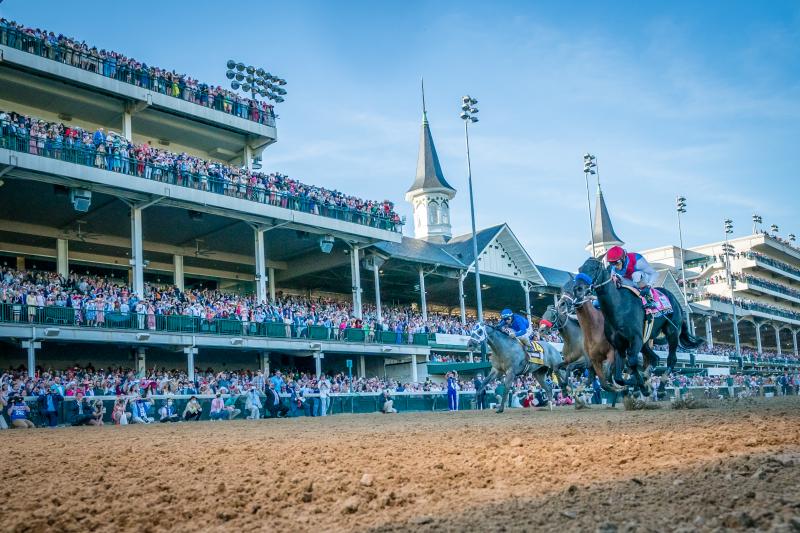 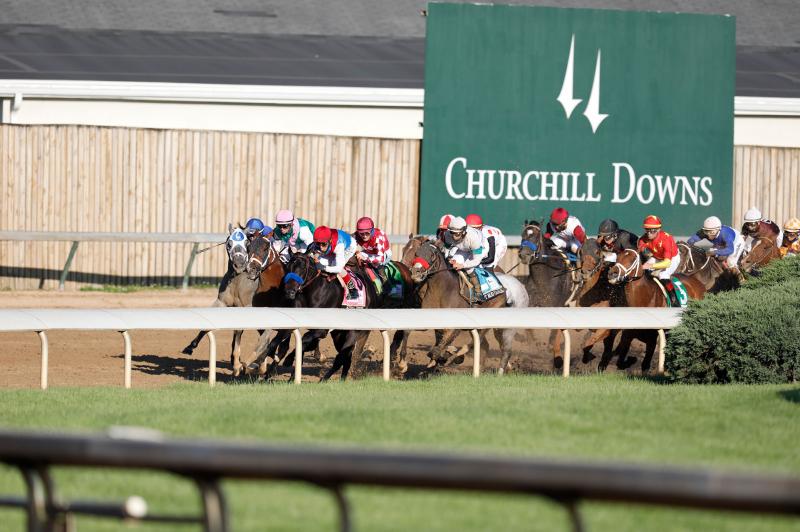 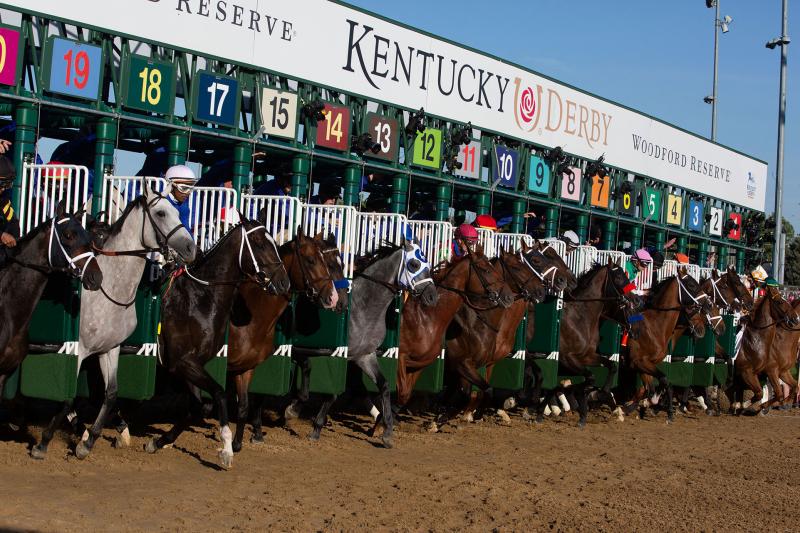 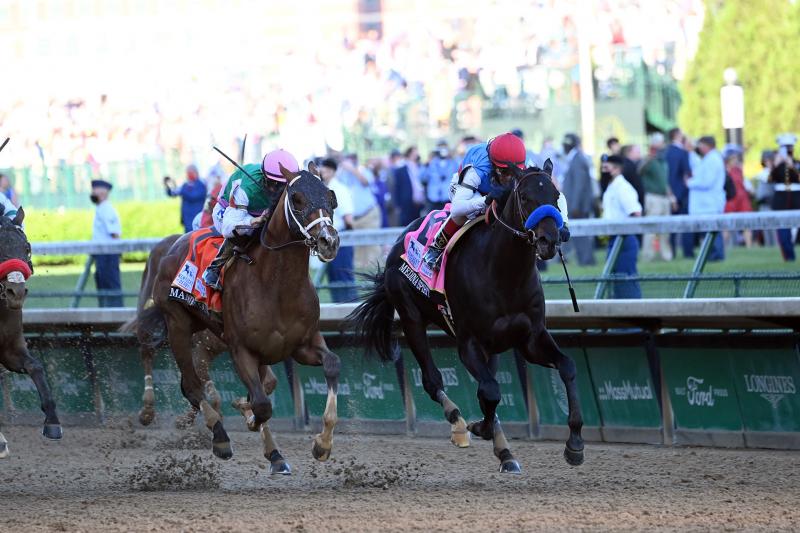 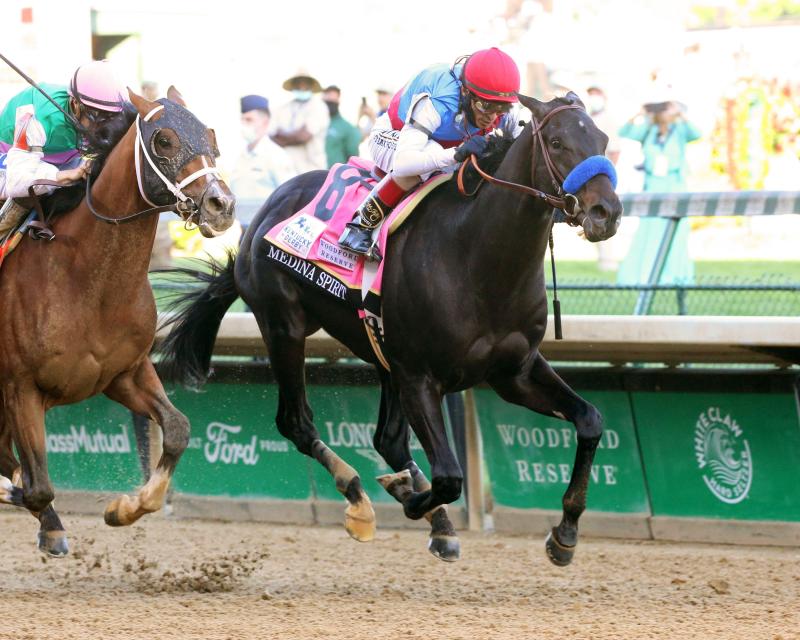 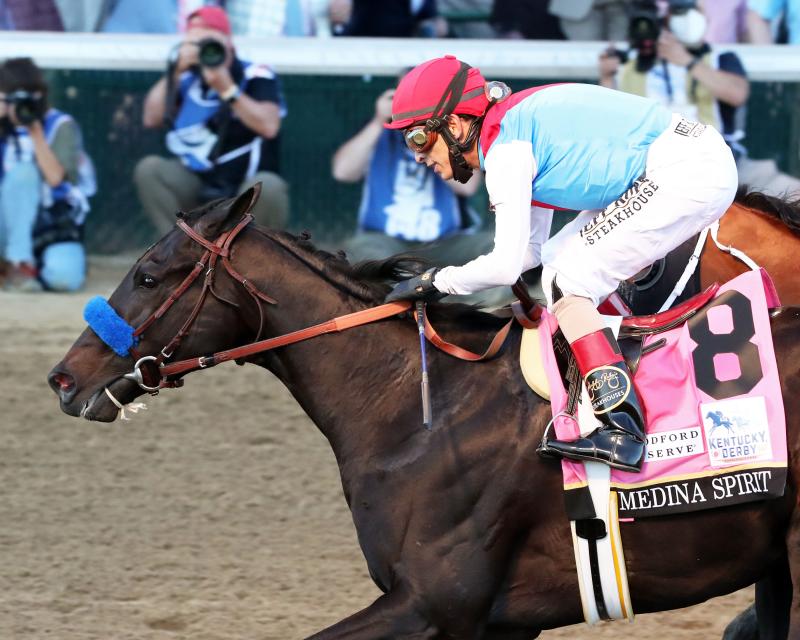 LOUISVILLE, KY (Saturday, May 1, 2021) – Zedan Racing Stables’ Medina Spirit fought back after relinquishing the lead to Mandaloun at midstretch to post a half-length to win the 147th running of the $3 million Kentucky Derby presented by Woodford Reserve (GI) before a crowd of 51,838.

Velazquez, who won last year on Authentic had previous wins on Always Dreaming (2017) and Animal Kingdom (2011). Velazquez became the eighth rider to win the Kentucky Oaks and Derby in the same year having piloted Malathaat to victory Friday. The most recent rider to do that was Calvin Borel in 2009.

Medina Spirit broke sharply from the gate but favored Essential Quality and second choice Rock Your World bumped shortly after the start eliminating some pace pressure from Velazquez.

Medina Spirit led the field through fractions of :23.09, :46.70 and 1:11.21 while under mild pressure from Soup and Sandwich with Mandaloun tracking in third. Approaching the far turn, Hot Rod Charlie began an advance along the rail while Essential Quality mounted a bid four wide.

At the head of the stretch, Medina Spirit clung to a tenuous lead over Mandaloun with Hot Rod Charlie three wide and Essential Quality four wide. Mandaloun briefly stuck his head in front at midstretch only to have Medina Spirit regain a lead he never yielded.

Medina Spirit covered the classic mile and a quarter distance in 2:01.02.

Medina Spirit is a Florida-bred son of Protonico out of the Brilliant Speed mare Mongolian Changa. He was purchased by Bloodstock Agent Gary Young for a mere $35,000 at the 2020 OBS Sale.

Essential Quality was another head back in fourth and followed in order by O Besos, Midnight Bourbon, Keepmeinmind, Helium, Known Agenda, Highly Motivated, Sainthood, Like the King, Bourbonic, Hidden Stash, Brooklyn Strong, Super Stock, Rock Your World, Dynamic One and Soup and Sandwich. 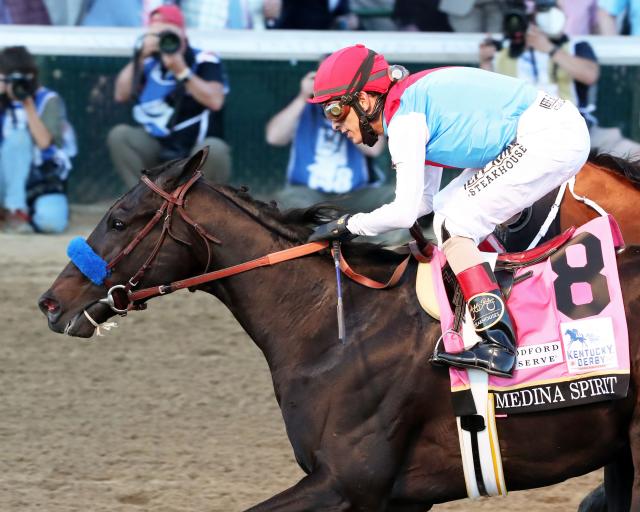