George and Lori Hall's Money'soncharlotte, a winner of four of five starts in 2017, bids for another victory for trainer Kelly Breen in Saturday's $200,000 Chilukki (GII) at Churchill Downs. (Bill Denver, Monmouth Park) 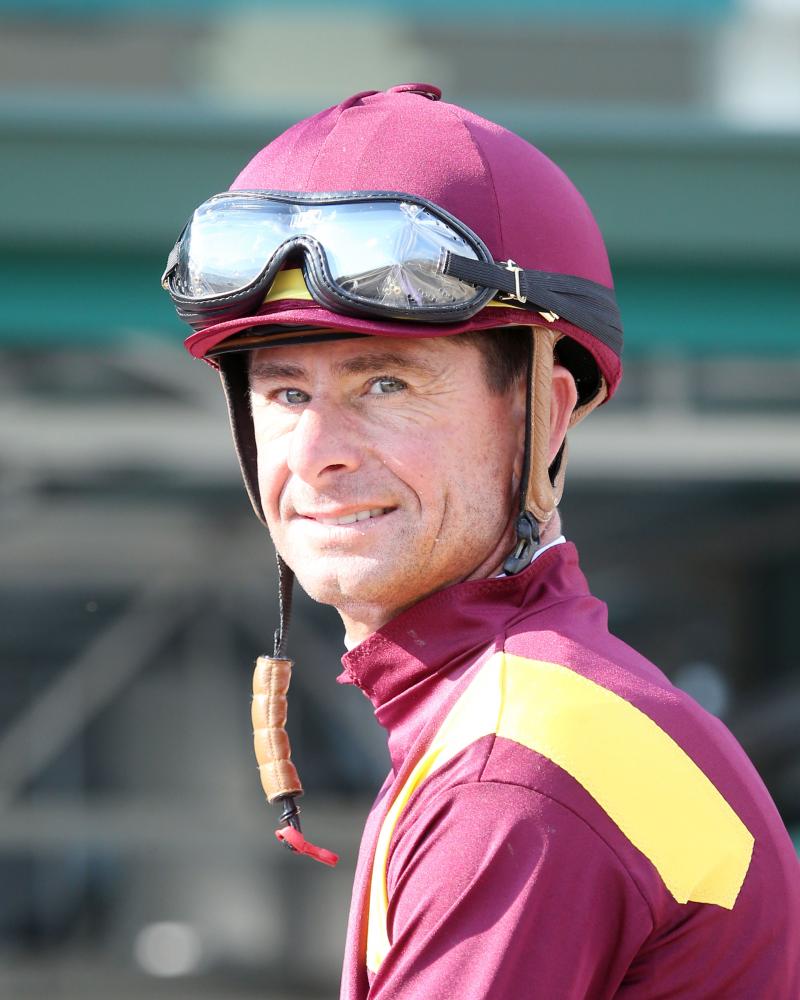 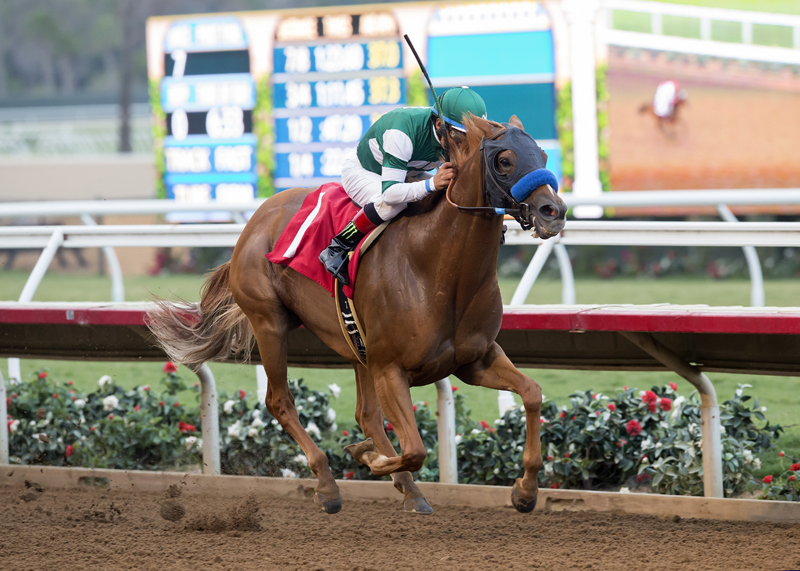 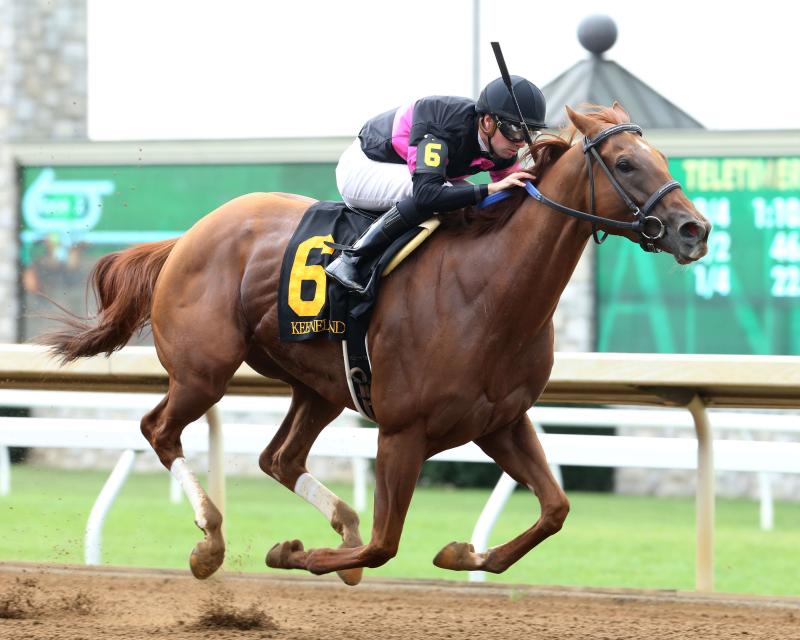 Five D Thoroughbreds’ Kathballu, shown in an Oct. 7 allowance victory at Keeneland, makes another bid for the $200,,000 Chilukki (GII) following a fourth-place finish by the Kenny McPeek trainee in the one-mile race in 2015. (Coady Photography, Keeneland)

Money’soncharlotte, the runner-up in the Grade I, $400,000 Beldame Invitational, heads an over-subscribed field of 15 fillies and mares entered in Saturday’s 32nd running of the $200,000 Chilukki Stakes (GII) at Churchill Downs.

The one-mile Chilukki is the featured ninth race on Saturday’s program of 10 live races at Churchill Downs, which will also offer simulcast wagering on the races of the Breeders’ Cup World Championships from Del Mar. Post times for Saturday’s racing at Churchill Downs have been adjusted to accommodate the Pacific Time Zone schedule for the Breeders’ Cup and the first live race at the Louisville track is scheduled for 2:15 p.m. (EDT).

Owned by George and Lori Hall and trained by Kelly Breen, Money’soncharlotte has run one time at Churchill Downs, finishing 13th in the 2015 Longines Kentucky Oaks (GI). The 5-year-old daughter of Mizzen Mast’s 2017 campaign began swiftly with a 5 ½-length victory at Parx in an allowance race. Successive victories at Monmouth Park in the $75,000 Lady Secret Stakes and $100,000 Molly Pitcher Stakes (GIII) led Money’soncharlotte to a run at Thistledown in the $200,000 Lady Jacqueline Stakes, which resulted in a 1 ¼-length victory. The only blemish on bay mare’s resume this year is a runner-up effort behind Breeders’ Cup Distaff-(GI) contender Elate in Belmont Park’s Beldame.

Five D Thoroughbreds’ Kathballu (29-8-4-4 —$478,685) enters the Chilukki off a 1 ¼-length allowance victory at Keeneland on Oct. 7 for trainer Kenny McPeek. The 5-year-old Blue Grass Cat mare looks to avenge her fourth-place effort to Kiss to Remember in last year’s Chilukki. Kathballu will be ridden by Ricardo Santana Jr. and break from post 14.

Owner/trainer Wes Hawley’s $145,000 Oklahoma Distaff runner-up Steel Cut (34-13-6-2 —$476,528) enters the Chilukki in an attempt to garner her first graded stakes victory. The 6-year-old mare by Cactus Ridge was a stout 3 ½-length allowance victor in July at Prairie Meadows before attempting the Oklahoma Distaff.

Jon Court has the call on Steel Cut and the duo will break from post 13.

Moiety (Alonso Quinonez) and Sweet Legacy (Francisco Torres) are on the also eligible-list and may run if any late scratches occur. 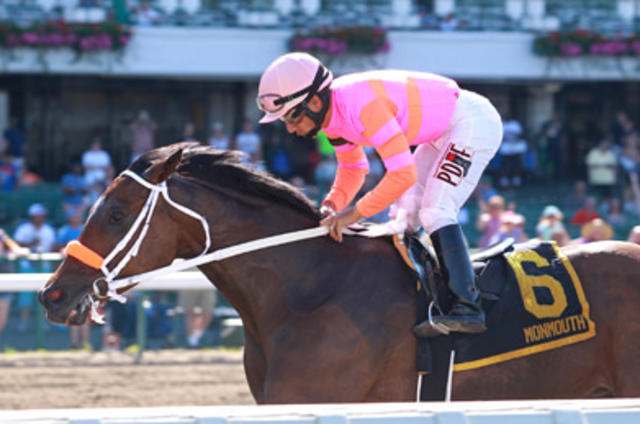