Trained by Kenny McPeek, Crazy Beautiful has recorded three victories from six stars in her 3-year-old campaign with wins in the $300,000 Delaware Oaks (Grade III), $200,000 Summertime Oaks (GII) and $200,000 Gulfstream Park Oaks (GII). The well-traveled filly by Liam’s Map has competed at seven different racetracks since she began her career July 5, 2020 at Ellis Park but she has yet to record a win at Churchill Downs. Brian Hernandez Jr. has the mount from post No. 6.

Next week will close out the 12-day September Meet at Churchill Downs. Thursday is the final Twilight Thursday presented by Blue Moon of the calendar year. The eight-race program has a first post of 5 p.m. and features $1 Blue Moon and select domestic beer, local food trucks and live music from Roadie on the Plaza Stage. Friday-Sunday’s racing has a first post of 12:45 p.m.

For more information and to purchase tickets, visit www.churchilldowns.com/tickets.

Entries will be drawn Wednesday.

DOWN THE STRETCH – There was a $54,741 carryover in the 20-cent Derby City 6 on Sunday that spanned Races 5-10. First post was 12:45 p.m. … Jockey Kent Desormeaux is scheduled to return to California on Saturday, according to agent Jake Romans. … Best wishes are extended to Churchill Downs outrider Lee Lockwood, who competed Sunday in the Ironman competition in Augusta, Ga. … Fans who are unable to make it to Churchill Downs for the races can download and watch all the action on the Churchill Downs LIVE app. The Churchill Downs LIVE app is available free of charge on Amazon, Apple TV and Roku and features full access to the HD live stream of the Churchill Downs simulcast signal and three additional angles including the Saddling Paddock. 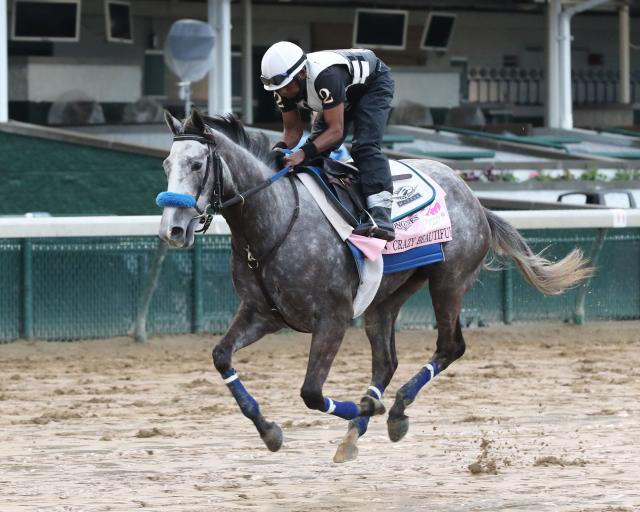