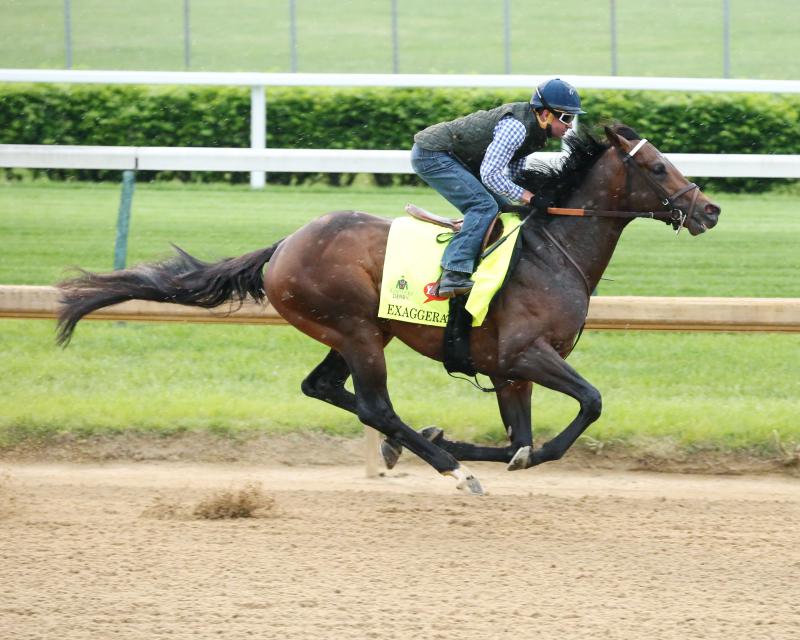 Preakness (GI) winner and Kentucky Derby runner-up Exaggerator, shown in a work at Churchill Downs prior to the Run for the Roses, breezed a sharp five furlongs at the Louisville track on Saturday in preparation for a planned run in the Grade II Pennsylvania Derby at Parx on Sept. 24. (Coady Photography, Churchill Downs) 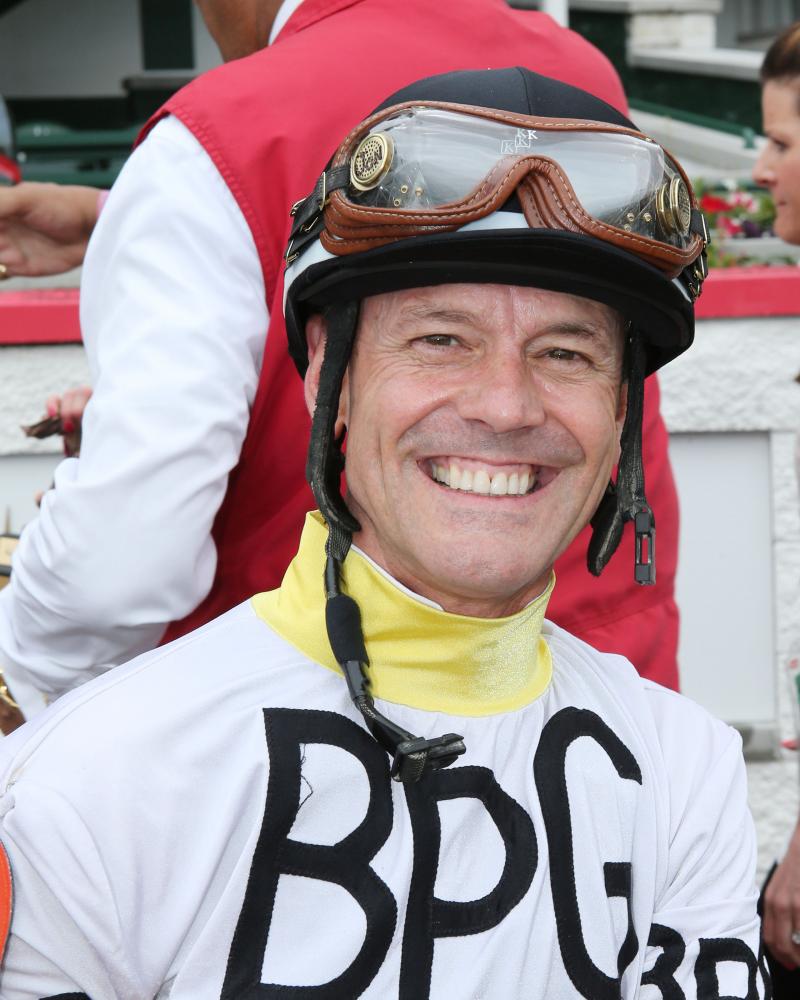 Jockey Jon Court will be out of action indefinitely after suffering three broken vertebrae and two broken ribs in a riding mishap on Friday. (Coady Photography, Churchill Downs) 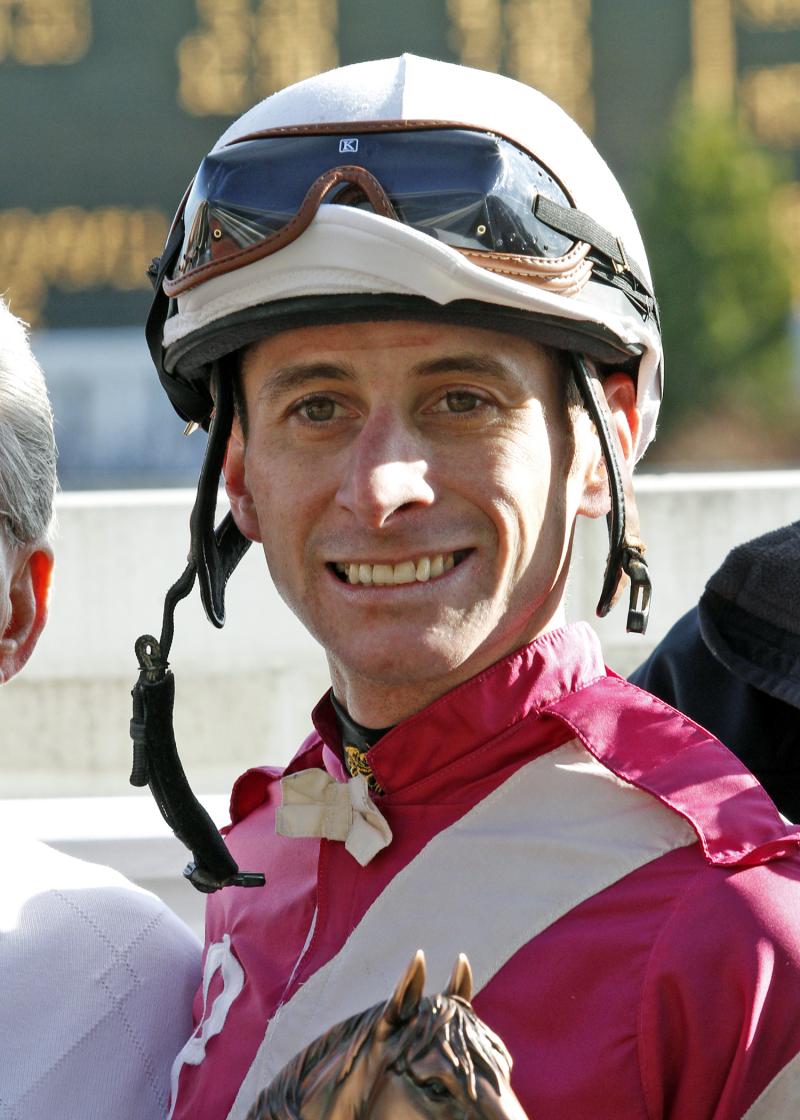 Jockey Joe Rocco Jr. is expected to be out four-to-six weeks after suffering a fractured left wrist when he was unseated in Friday's 8th race. (Churchill Downs) 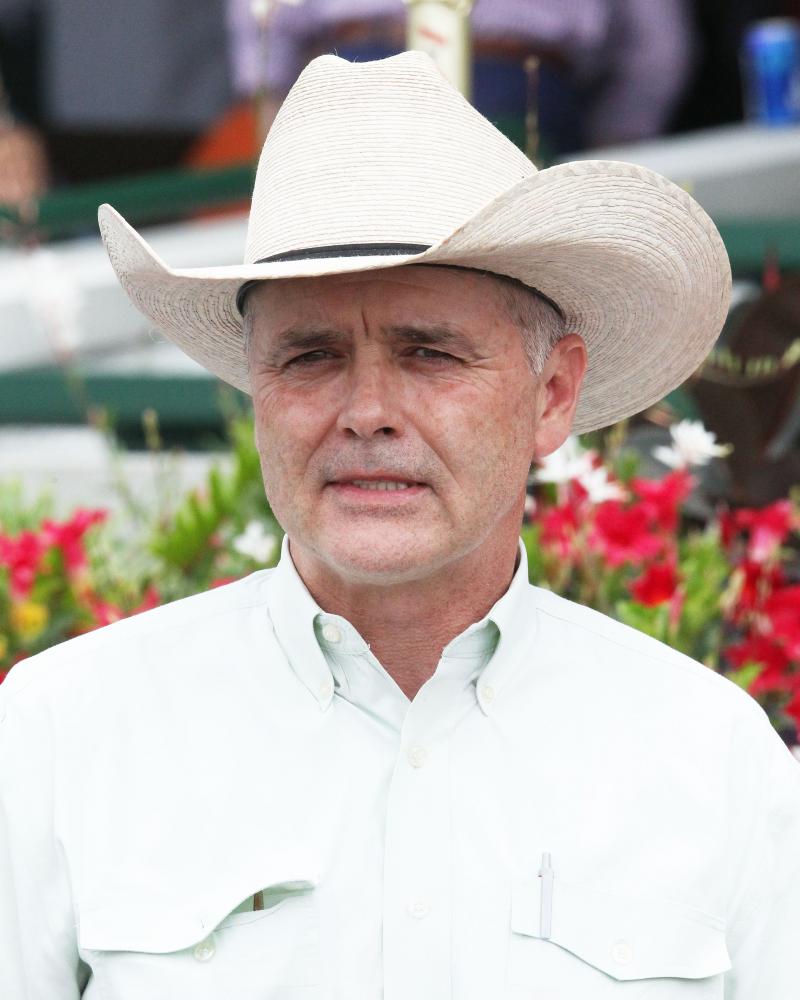 Churchill Downs clockers caught the son of Curlin in fractions of :12, :24, and :36 before galloping out in six furlongs in 1:13.60 and seven-eighths of a mile in 1:27. Brian Hernandez Jr. was aboard for the move, which was the fastest of 37 works at the distance.

“He went well,” said Hernandez, who breezed Exaggerator twice before as a 2-year-old. “He came back good and everything. He just cruised around to the five-eighths (pole) and he just went around on his own like the pro that he is and I let him cruise along.”

Trainer Keith Desormeaux was on hand for the work and confirmed that the horse would ship to Parx Racing on Wednesday.

“Everything went beautifully,” Desormeaux said. “The time was right, he finished strong and he galloped out strong. He’s not winded and that’s a beautiful thing but that’s what good horses get you. It’s hard to screw up a good horse.”

Exaggerator, who finished second to Nyquist in the Kentucky Derby Presented by Yum! Brands (GI), will likely face Derby winner again in the Pennsylvania Derby along with the Derby’s third-place finisher Gun Runner. This will be the third showdown between the Derby’s Top 3 finishers who last faced one another in a muddy renewal of the Haskell Invitational (GI) at Monmouth Park on July 31when Exaggerator splashed to a victory.

Court, who is six wins away from a 4,000th career victory, suffered three broken vertebrae and two broken ribs after being unseated from his mount Red Blue and True on the backstretch in Friday’s finale. Agent Steve Krajcir was unsure as to how long he would be out.

“He sent me a text at 5:35 this morning and said, ‘Just FYI, we’ll have to wait a while for win 4,000,’” Krajcir said. “The movement is good, he’s coherent and everything but he’ll definitely be out for a while.”

Earlier on the card, jockey Rocco suffered a fractured left wrist during the eighth race after his mount Raagheb clipped heels with another horse at the top of the stretch and unseated his rider.

QUEEN BERNARDINA SCORES MAIDEN UPSET FOR VON HEMEL – Larry Hirsch and Wayne Sanders’ Queen Bernardina lit up the tote board when breaking her maiden in Friday’s sixth race at odds of 20-1 for trainer Donnie Von Hemel.

“I think the filly will certainly have a future so we’ll have some fun down the road,” Von Hemel said. “We’ll take a look and see if there’s a non-for-two allowance or a stake. Sometimes they can’t get the non-winners of two to go so we may have to go in a stake.”

The homebred daughter of Bernardini won on her third attempt and was facing Untapped, a full sister to 2014 Champion Three-Year-Old Filly Untapable who made her career debut.

“We thought she’d run good,” Von Hemel said. “When you run against Untapable’s full sister and a Curlin homebred of Stonestreet (Valadorna) and then (trainer Bill) Mott ended up having the favorite in there (Thirtydaysinjune) so there were a lot of horses to choose from in the race and not that we had to win, but I thought that we had a big chance going in.”

Von Hemel went on to discuss future plans for Suddenbreakingnews, who finished fifth in the Kentucky Derby Presented by Yum! Brands (GI).

“He’s turned out over in Lexington, was gelded about three weeks ago and we’re giving him some time off,” Von Hemel said. “It looks like we’re just going to point him for Oaklawn. He’ll be back here probably in the middle of October and train but he won’t race for the rest of the year.”

FAMILY ADVENTURE DAY IS SUNDAY – Presented by Kroger and in partnership with Kosair Children’s Hospital, Family Adventure Day at Churchill Downs will be held Sunday (Sept. 18) – first Sunday of the September Meet.

Families are encouraged to bring the kids to Churchill Downs for a day of racing and family activities including pony rides, inflatables, petting zoo, stick horse races in the Paddock, face painting and more. New activities for this event include Sportsdrome Speedway race cars and drivers; the Air 60 police helicopter and the Belle of Louisville float. Kosair Children’s Hospital activities will feature the Caring for Your Child’s Mind, Body and Spirit: Mighty Titans obstacle course; kids’ yoga; and a “just for kids” craft activity.

Tickets for adults and children age 3 and up are just $8 when purchased online in advance at ChurchillDowns.com, and include unlimited access to all kid-friendly activities through 5 p.m. Churchill Downs is also offering a Family Four Pack that includes four Family Adventure Day tickets, four family meals in the Family Adventure Day area and two racing programs for only $44.

‘INSIDE CHURCHILL DOWNS’ TO AIR SUNDAYS AT 9 A.M. ON 93.9 THE VILLE – “Inside Churchill Downs,” co-hosted by Churchill Downs Racetrack’s John Asher, Kevin Kerstein and Darren Rogers, is moving to Sundays from 9-10 a.m. (all times Eastern) and will air on 93.9 The Ville.

The one-hour program, which typically features multiple guests, will air every Sunday through the conclusion of the Fall Meet on Nov. 27. The move from Saturday to Sunday was necessitated to avoid college football programing conflicts on both 93.9 The Ville and its sister station ESPN 680.

Those outside the Louisville radio market can listen live online at http://www.espnlouisville.com/. Podcasts of the shows also will be available on the website.

TWILIGHT THURSDAYS FEATURING $1 BEER ON SEPT. 22 AND SEPT. 29 – Fans can enjoy Thoroughbred racing and $1 beers after work in the Paddock Plaza on Thursdays, Sept. 22 and Sept. 29, during the September Meet. Gates open at 4 p.m. (all times Eastern) and the first race is 5 p.m. on “Twilight Thursdays,” which feature $1 beer, live music (Josh Kauffman on Sept. 22 and BoogieJuice on Sept. 29), food trucks (Red Top Gourmet Hot Dogs, Holy Mole, Mark’s Feed Store, 502 Café and Pollo), and Betting 101 tips from resident handicappers in Churchill Downs’ Plaza from 5-8 p.m.

DOWNS AFTER DARK SET FOR SATURDAY, SEPT. 24; BEN SOLLEE, LINKIN’ BRIDGE TO PERFORM – Bourbon, Bets and Bow Ties is the theme for Downs After Dark Presented by Stella Artois and Woodford Reserve on Saturday, Sept. 24 – the only nighttime racing event scheduled during the 11-day September Meet.

An outstanding doubleheader of musical entertainment on the Plaza stage will be provided by Kentucky-born cellist and composer Ben Sollee (7:15-9 p.m.) and the incredibly-popular Louisville group Linkin’ Bridge (9:30-10:45 p.m.).

On the racetrack, 3-year-old fillies will sprint seven furlongs in the 41st running of the $100,000 Dogwood Presented by GE Appliances (Grade III) and Arabian 3-year-olds and up will race 1 ¼ miles in the $100,000 President of the UAE Cup Sponsored by the Abu Dhabi Sports Council (GI)

Admission gates open at 5 p.m. and the first of 11 races is 6 p.m. General admission is $10 and reserved seat packages start at $25. The final race of the evening is scheduled for 11:10 p.m. but the party continues until midnight. Party For A Purpose will be held in the Grandstand Area to benefit the Forecastle Foundation. Attendees will be able to enjoy the sounds of local DJ Matt Anthony and internationally acclaimed Red Bull Thre3style World Champion DJ Hedspin, craft cocktails and a dance floor that overlooks the track. VIP Cabanna Access includes a full premium bar at $59 and General Party Access is $15. 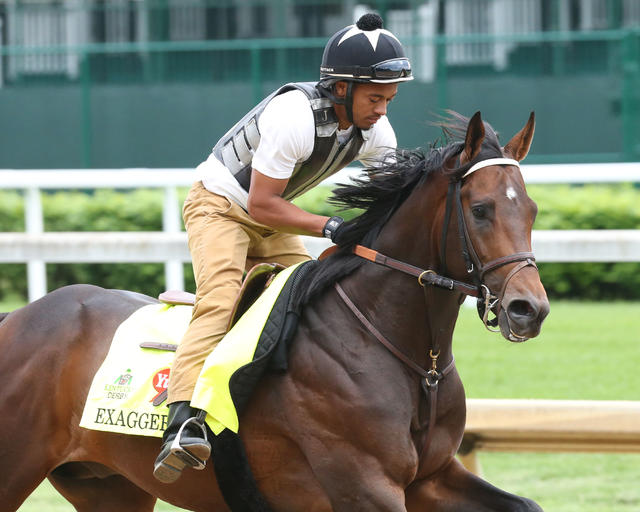