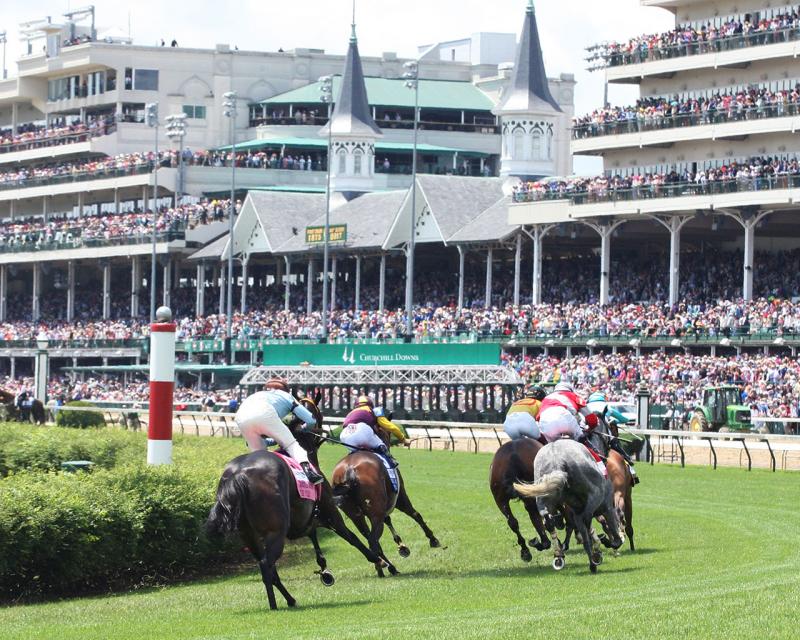 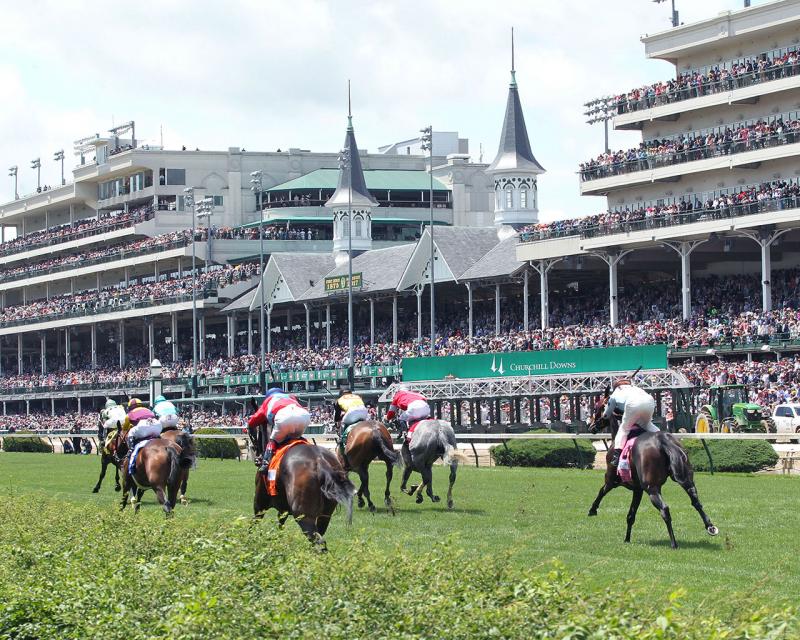 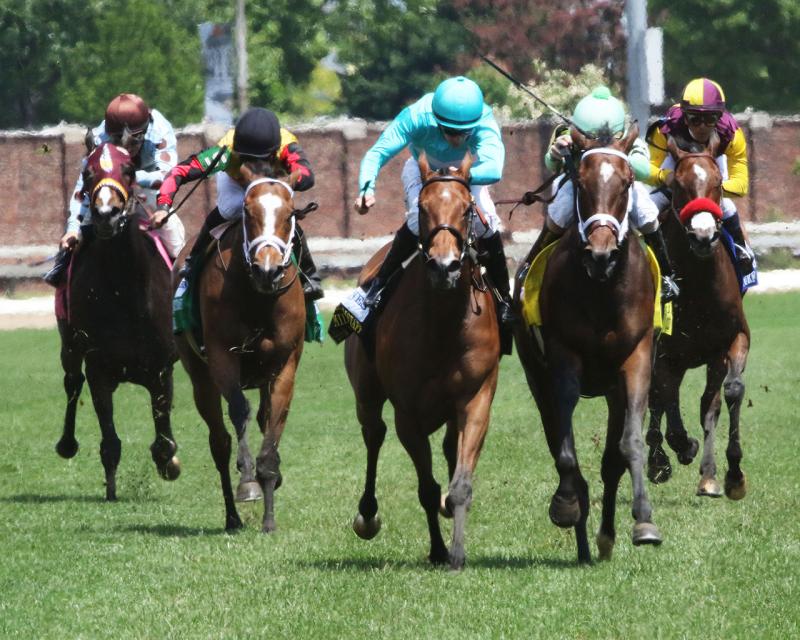 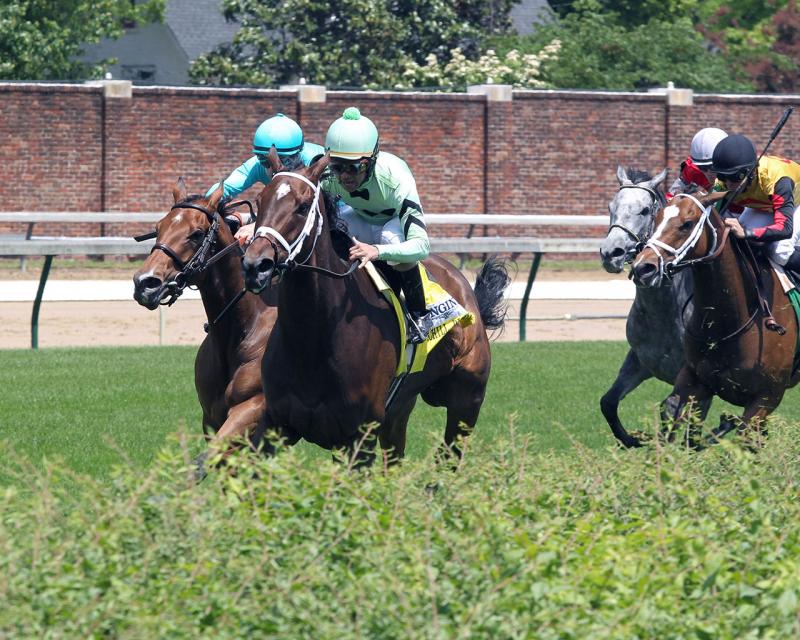 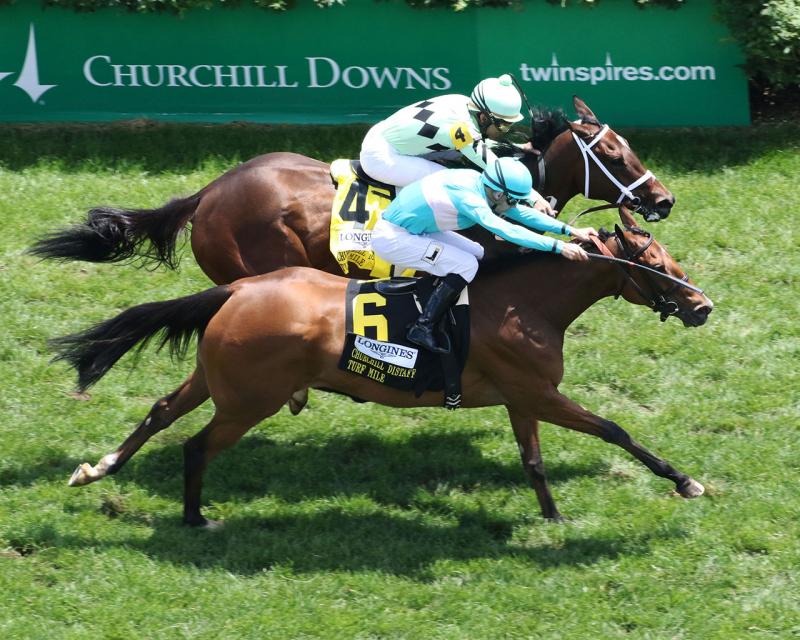 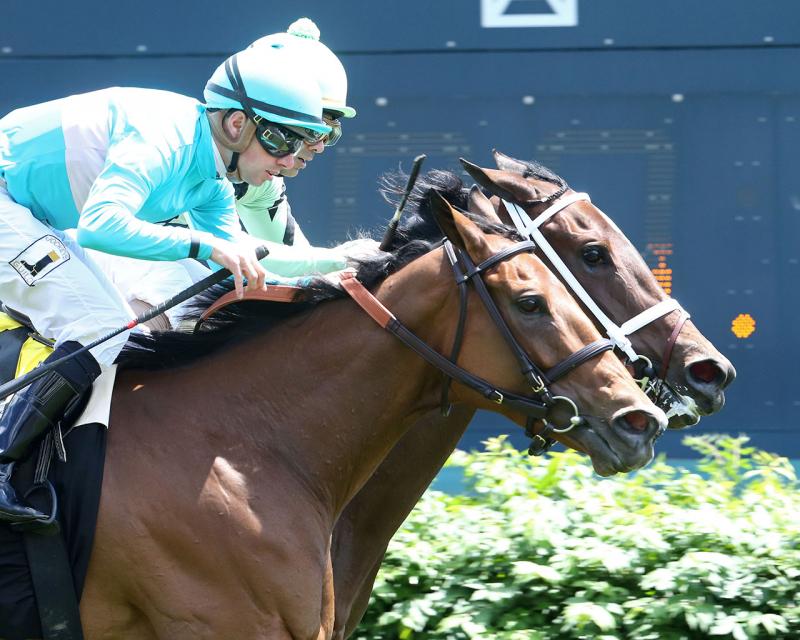 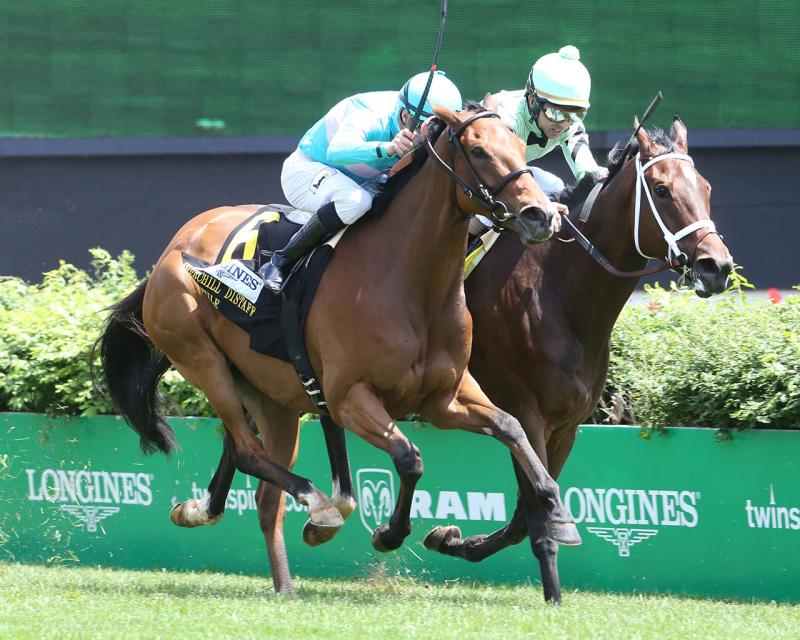 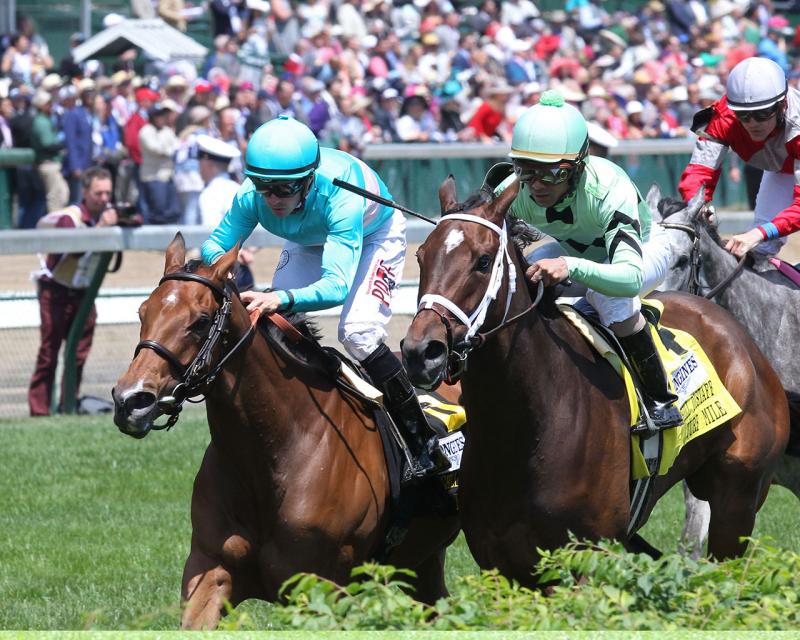 LOUISVILLE, Ky. (Saturday, May 6, 2017) – Sheep Pond Partners, Newport Stables and Bradley Thoroughbreds’ Roca Rojo (IRE) edged a game Believe in Bertie by a head to win the 32nd running of the $300,000 Churchill Distaff Turf Mile (GII) for fillies and mares.

Trained by Chad Brown and ridden by Florent Geroux, Roca Rojo covered the mile on a “good” turf course in 1:37.53. The victory gave Brown back-to-back stakes victories having won the Humana Distaff (GI) with Paulassilverlining.

Roca Rojo is a 5-year-old daughter of Strategic Prince (GB) out of the Orpen mare Lucy Diamonds (IRE).

Favored in the field of seven, Roca Rojo returned $4.60, $3 and $2.40. Believe in Bertie, ridden by Shaun Bridgmohan, returned $4 and $3 with Linda finishing another 3 ¼ lengths back under Brian Hernandez Jr. and paying $2.80 to show.

It was another neck back to Mississippi Delta in fourth with Prize Exhibit (GB), Hillhouse High andHarmonize following in order.

Florent Geroux (rider of Roca Rojo, winner) – "I was right off the leader (Believe in Bertie). My filly was closer than she usually is. She likes to sit back and make one run, but there was a lack of pace in the race. I decided to put her closer and make sure I wasn't going to be trapped behind. Down the stretch, I thought I had it pretty easily, but the other filly tried to come back at her. My filly was the best."

Chad Brown (trainer of Roca Rojo, winner) – “She’s been training really well. We knew she could handle the soft going. She’s equally as good on firm. We were a little concerned about the pace and it played out that way. It was a soft pace with a very good horse setting the fractions, a really solid horse. She had her work cut out for her to run her down. We’ll look at the Just a Game (GI), that makes a lot of sense, in five weeks at a mile at Belmont.”

Shaun Bridgmohan (rider of Believe in Bertie, runner-up) – “She was comfortable in the going. She ran hard. It was a tough beat. She came back in the final yards and the other filly just got the better of us.”

Brian Hernandez Jr. (rider of Linda, third-place finisher) – “We had a good trip. Unfortunately, we did draw the one hole, but we were able to work out a trip. Our filly is coming around.”

Ian Wilkes (trainer of Linda, third-place finisher) – "The slow first quarter compromised our filly. She was just kind of sitting there with nowhere to go.” 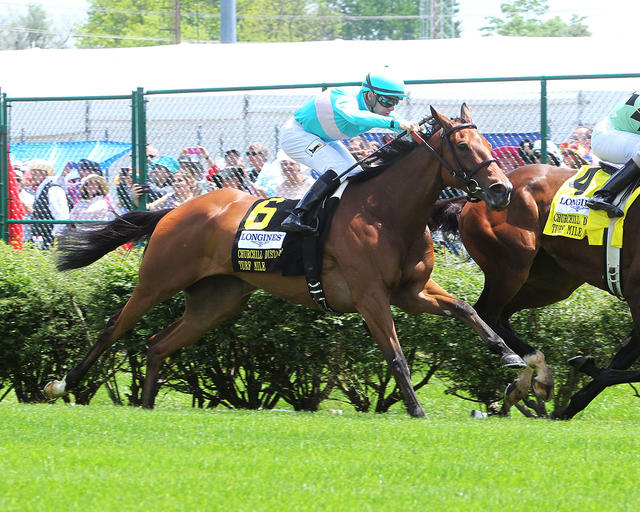