Trainer Dale Romans had a monumental Kentucky Derby week with Albaugh Family Stable’s duo of stakes winners Girl Daddy and Sittin On Go. The twosome will join three other Romans trainees in next weekend’s Breeders’ Cup World Championships at Keeneland.

“It was a really great week to win both the Pocahontas (Grade III) and Iroquois (GIII),” Romans said. “We’re coming into the Breeders’ Cup with some good chances and ready to take our shot. I think that across the board each of the Breeders’ Cup races are shaping up to be competitive. It’s fun getting to compete on this stage and seeing who is the best of the best.”

Sittin On Go, a 2-year-old undefeated son of former Romans-trained Brody’s Cause, is one of the top contenders for the $2 million Breeders’ Cup Juvenile (GI). Also scheduled to join him in the starting gate is Albaugh’s maiden winner Smiley Sobotka.

Girl Daddy, who won the $200,000 Pocahontas by two lengths, is likely to face seven rivals in the $2 million Breeders’ Cup Juvenile Fillies (GI).

“Obviously, long term, you always have next year’s Kentucky Derby and Oaks in the back of your mind,” Romans said. “These horses have shown they have potential to get to that level in the future.”

All five horses are expected to have their final works prior to the Breeders’ Cup Friday or Saturday. They will ship to Keeneland on Monday, according to Romans.

FOLEY ‘TAKING A SHOT AT THE RIGHT TIME’ WITH SCONSIN IN BREEDERS’ CUP FILLY & MARE SPRINT – Lloyd Madison Farms’ $250,000 Eight Belles (Grade II) winner Sconsin will be in search of season-ending glory in the $1 million Breeders’ Cup Filly & Mare Sprint (GI) but will have to face older rivals for the first time in her eight-race career.

“We had thought about running in the Raven Run after the Eight Belles to stay with 3-year-olds,” trainer Greg Foley said. “We got together with the owners and they said, ‘What about the big one?’ She was impressive coming from behind in the Eight Belles and I think will fit right with this group of horses coming from off the pace. I think we are taking a shot at the right time with her. Anytime you run a 3-year-old against older horses for the first time, you don’t necessarily know what to expect. Since this is the end of the season, from here on out she’ll be running against older horses.”

Sconsin is part of Lloyd Madison Farms’ impressive homebred operation. She is by Include out of the former Foley-trained Sconnie. Prior to Sconsin’s Eight Belles score, she finished third behind Mundaye Call in the $100,000 Audubon Oaks at Ellis Park and was the runner-up to Four Graces in the $100,000 Beaumont (GIII) at Keeneland.

“We’re just hoping for a honest pace and a fair track in the Breeders’ Cup,” Foley said. “She’s a beautiful filly and has all the right looks of a great horse. She was beautiful as a weanling, yearling and now a 3-year-old.”

Sconsin was one of 10 horses pre entered in the Filly & Mare Sprint. Post positions will be drawn on Monday.

LOCAL BREEDERS’ CUP CONTENDERS SET TO CONVERGE ON KEENELAND – There are more than 30 locally-based Breeders’ Cup contenders that will attempt season-ending glory in the Nov. 6-7 World Championships at Keeneland Racecourse.

Many of the horses will have their final workouts in the next three days, pending weather. Below is the full list of horses based at Churchill Downs who are likely to compete in the Breeders’ Cup and their next workout:

TV SCHEDULE – Racing at Churchill Downs continued Wednesday – Sunday with daily first post at 1 p.m. Below is the TV schedule on the Fox Sports family of networks:

DOWN THE STRETCH – There was a $48,980 carryover in the 20-cent Single 6 Jackpot for racing on Thursday at Churchill Downs. First post was 1 p.m. … With rain falling for most of Wednesday night in Louisville, the Thursday worktab only included four horses. However, most notably was 2019 Kentucky Oaks (GI) winner Serengeti Empress who worked an easy half-mile in :48.60. … For more information and to purchase tickets for the Fall Meet, visit www.churchilldowns.com. 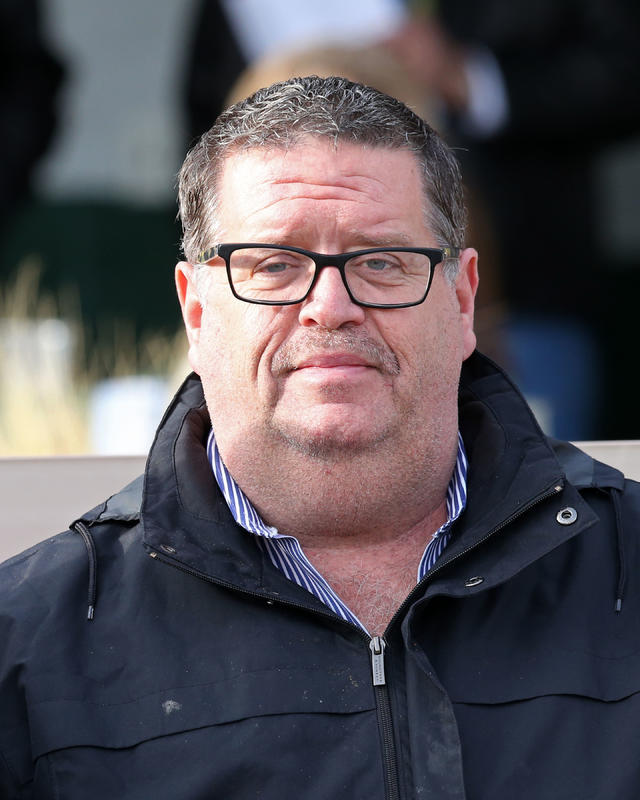