Smooth Like Strait Runs Them Off Their Feet in $100,000 War Chant

Cannon Thoroughbreds LLC’s homebred Smooth Like Strait dueled Island Commish for most of the race before he put away that rival with three-sixteenths of a mile to run and comfortably won Saturday’s inaugural $100,000 War Chant presented by TwinSpires.com at Churchill Downs by 1 ¾ lengths over Pixelate.

Smooth Like Straight, trained by Michael McCarthy and ridden by John Velazquez, defeated a dozen rival 3-year-olds as he covered one mile on firm turf in 1:36.77.

“The turf was really firm the entire day and I was really excited about my horse’s chances,” Velazquez said. “Then, right before the race, the rain started but I’m really proud that he handled everything well. He ran a hard race.”

The victory was worth $57,040 and increased Smooth Like Strait’s earnings to $178,323 with a record of 3-1-1 in seven starts. The Kentucky-bred son of Midnight Lute out of the Flower Alley mare Smooth as Usual won the Cecil D. DeMille (Grade III) as a 2-year-old and finished second to Hariboux (GB) in the $100,000 Pasadena at Santa Anita on Feb. 29. 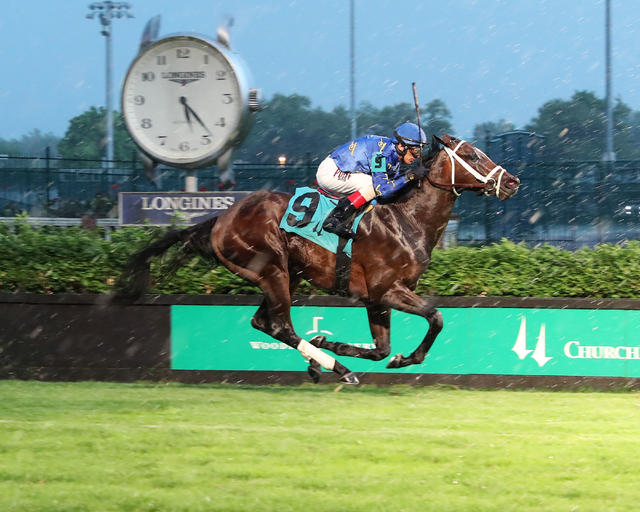