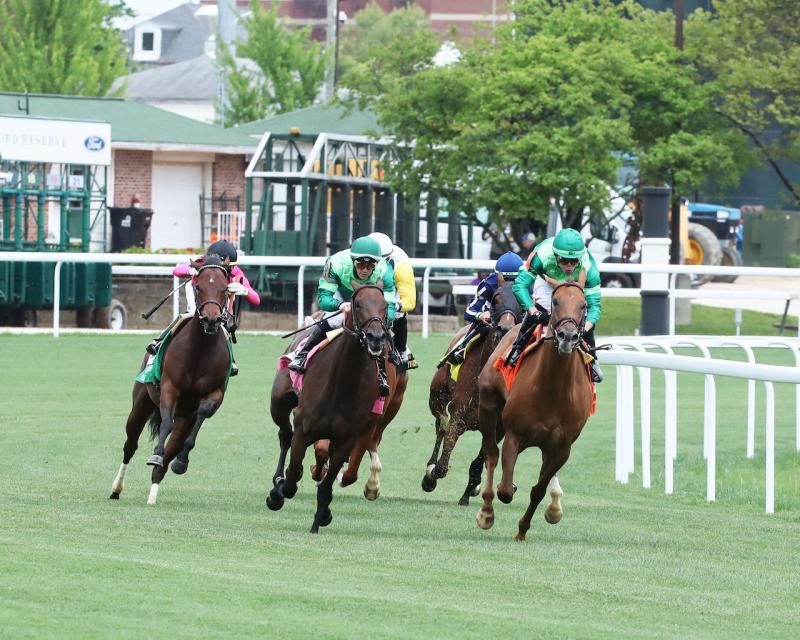 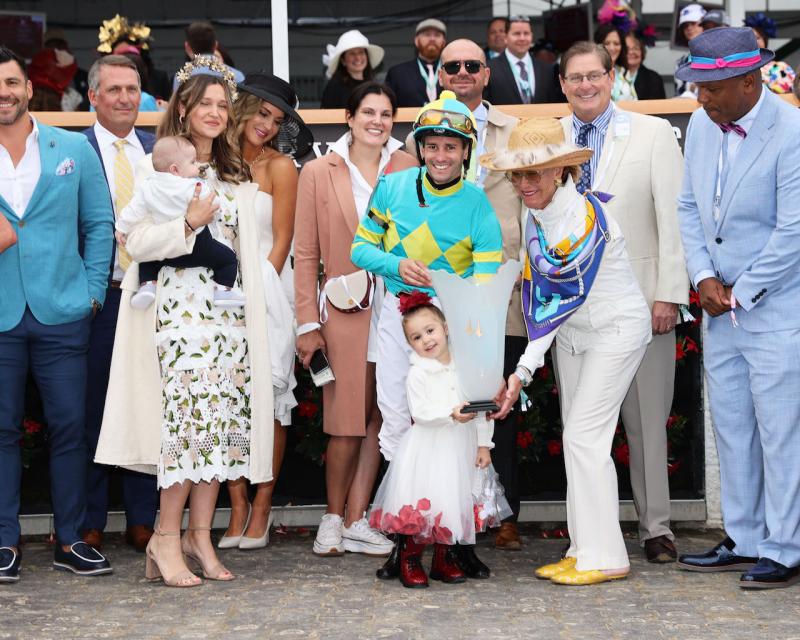 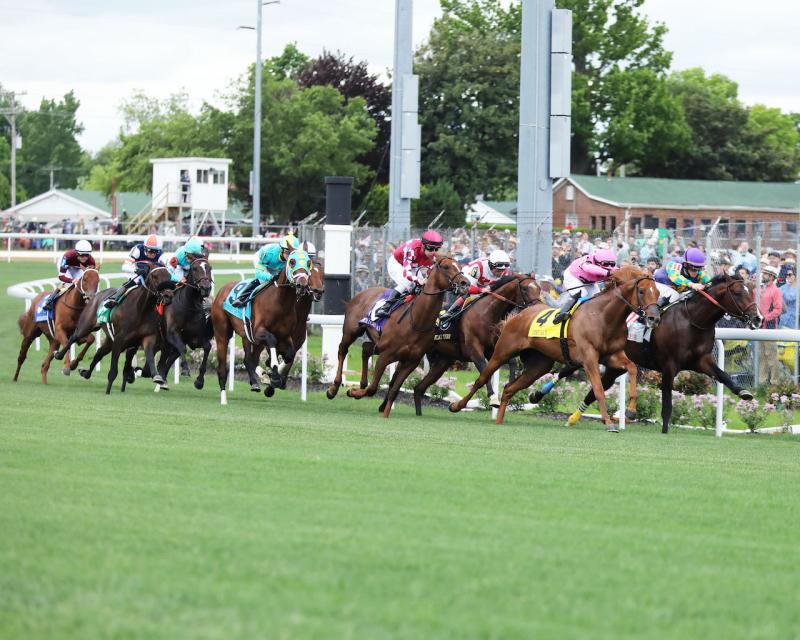 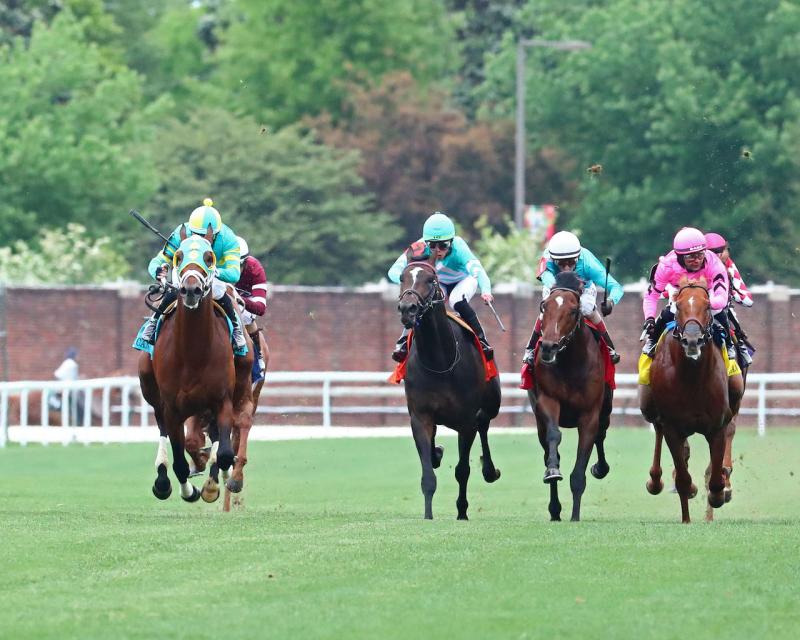 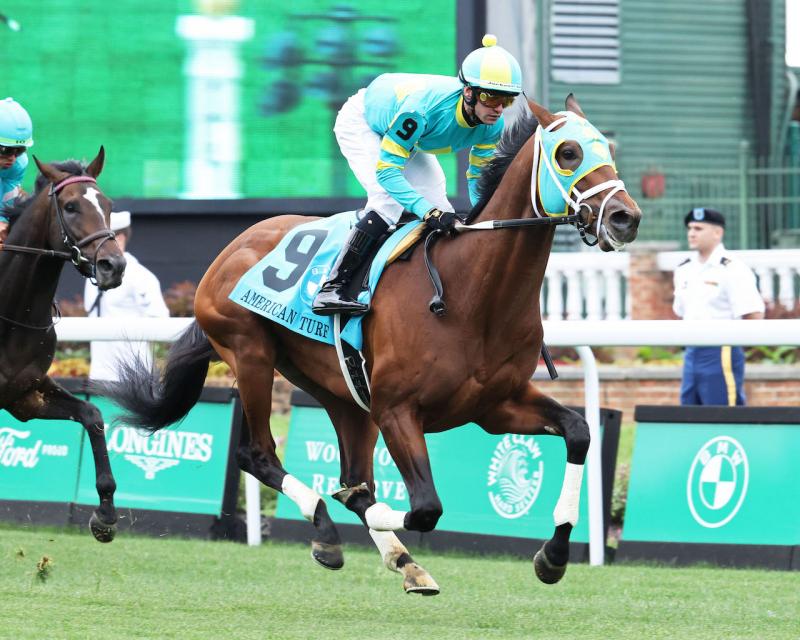 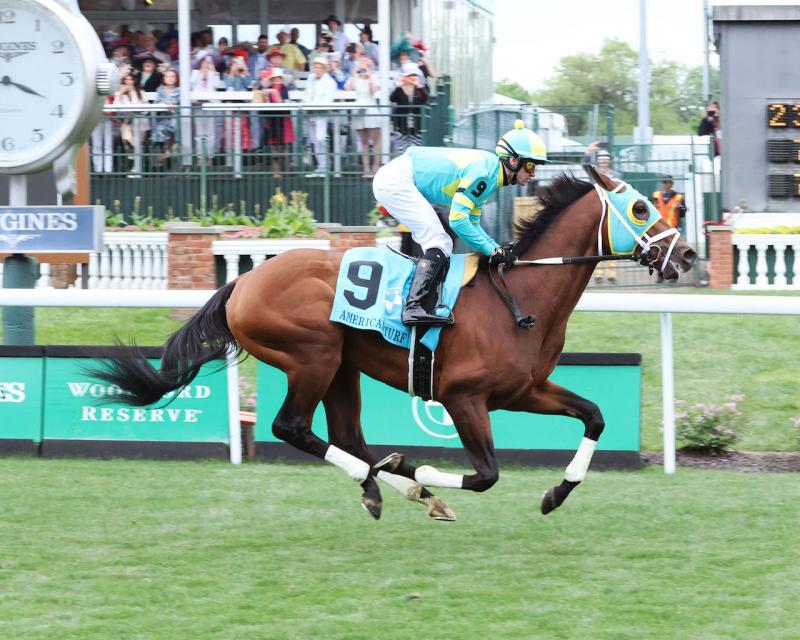 Three Diamonds Farm and Deuce Greathouse’s Stolen Base regained the lead from Balnikhov (IRE) at the sixteenth pole and went on to a 1 ¼-length victory in the 31st running of the $500,000 American Turf (GII) presented by BMW for 3-year-olds Saturday afternoon.

Trained by Mike Maker and ridden by Flavien Prat, Stolen Base completed the mile and a sixteenth on a firm Matt Winn Turf Course in 1:44.57. It is the second victory in the race for Maker and Prat.

Dowagiac Chief led the field of 10 through fractions of :23.97 and :49.27 as Stolen Base raced in mid pack on the outside of horses.

On the far turn, Stolen Base began a five-wide wide with Balnikhov sweeping up to his outside. Balnikhov had the momentum entering the stretch but Stolen Base battled back and took the lead at the sixteenth and prevailed for his first stakes victory.

Stolen Base is a Kentucky-bred son of Bodemeister out of the Indian Charlie mare Running Wild. The victory was worth $294,500 and increased Stolen Base’s earnings to $468,700 with a record of 9-2-3-1.

Flavien Prat (Jockey, Stolen Base, winner) – “Manny (Franco) came at me (with Balnikhov) and my horse seemed to regroup. I only rode him one time before (at Keeneland last fall), and there he wasn’t having much interest in the race in the first part; but he still ran a great race (to finish second). Today he jumped really well out of the gate and he felt like he was willing to get us into a good position to win.”

Mike Maker (Trainer, Stolen Base, winner) – “He had no excuses today unlike last year in the Breeders’ Cup (Juvenile Turf) and at Keeneland (in the Bourbon). We got away well, Flavien (Prat) put him in a good position and just felt if we were good enough, there would be no excuses.”

Manny Franco (Jockey, Balnikhov (IRE), second) – “They slowed down the pace up front and my horse jumped slowly so we had it tough. I rode him the way they instructed me to save ground and when you have a chance to come running down the middle of the track, where it is best right now. I was following Irad (Ortiz Jr.) first and then I followed Flavien (Prat) but that horse never stopped running.”

Irad Ortiz Jr. (Jockey, Sy Dog, third) – “He felt good and ran all right. I think he would level to try a little more distance.”