Trainer Quotes From The 147th Running Of The Kentucky Oaks 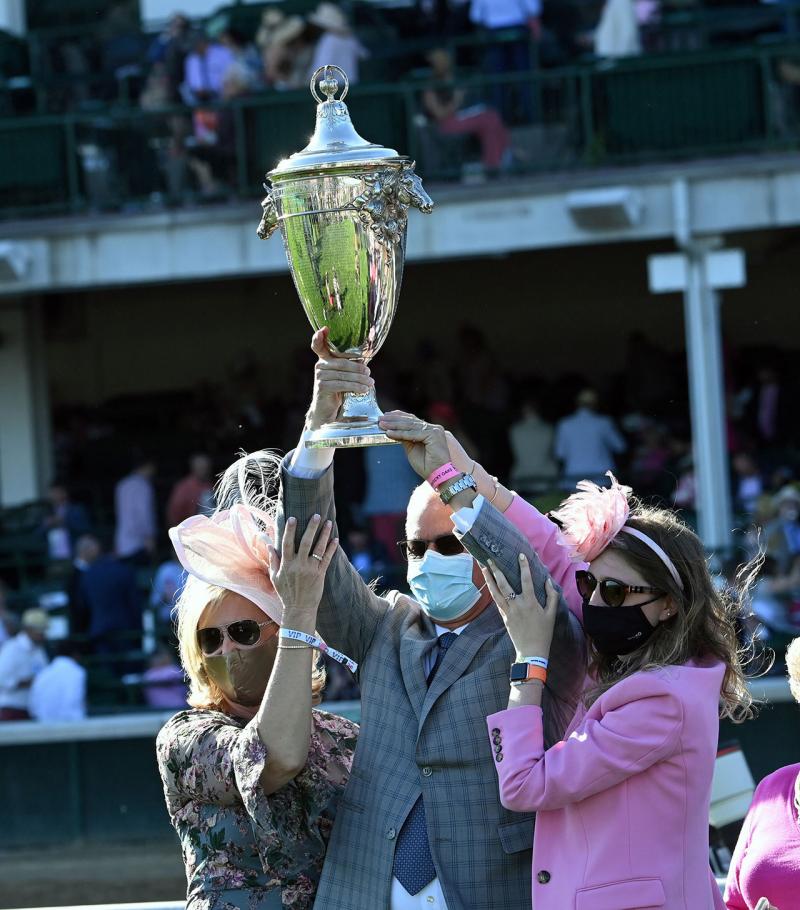 TODD PLETCHER, trainer of Malathaat (First) – “She got away from there just a bit slow, but Johnny (Velazquez) moved her up and got her in a much better position. He had to lose some ground and go wide to do it, but it was the right thing to do. She wants a target to run at and she got one here. Delighted with the outcome.”

(Pletcher watched the race with family from the Churchill paddock on their big screen. When it finished and Malathaat won, he threw his arms straight up in the air and shouted “Yes.”)

CHAD BROWN, trainer of Search Results (Second) – “I'm so proud of the filly and the way she ran. She put it all out there on the track for us and you can't ask for anything more than that. She ran her eyeballs out, she really did. She battled all the way to the end and we got beat by a really good filly. She delivered and hopefully we'll get one of these one day."

DALLAS STEWART, trainer of Will’s Secret (Third) – “We’re real proud of her. This filly’s been knocking heads all year. We ran hard in Hot Springs (winning two stakes) and now we ran hard here. We have a lot ahead for her this year. And we have her full brother coming along right behind her. We’re going to win some big ones; we’ve got some good babies.”

BRAD COX, trainer of Travel Column (Fifth) – “Travel Column was on the lead and didn’t kick on down the lane like we were hoping for. The fractions were reasonable but had no punch turning for him.”

BILL MOTT, trainer of Millefeuille (Sixth) – “We didn’t have greatest post. It didn’t cost us the win by any means. But, we were a little compromised. The filly ran OK. Not good enough today.”

ROB ATRAS, trainer of Maracuja (Seventh) – "I was hoping for a little better but it wasn't a bad thing. We didn't get disgraced out there. We knew she was a longshot but she was running on at the end. She had a little hop at the break and it cost her a bit of position early, but we were proud of her and she picked it up late. I really enjoyed the experience and I think she has a bright future ahead of her."

BRAD COX, trainer of Coach (Ninth) – “I want to watch the replay to see what happened.”

KENNY MCPEEK, trainer of Crazy Beautiful (10th) – “I’ve had better days at the office. It’s a humbling business, but you’ve got to just keep at it. She got a pretty good cut on her knee, coming out of it. I’m not sure where that came from. But we’ll regroup and find something a little less ambitious.”

MICHAEL MCCARTHY, trainer of Moraz (11th) – “She was there with them for most of the trip, but she leveled out late. She gave it a good try. It’s special to be part of a big day like this. I just wish I could finish up a bit more near the front.”

GEORGE WEAVER, trainer of Pass the Champagne (12th) – “She didn’t break great and got pinched out. She was towards the back, which is not where we wanted to be. They just weren’t going fast enough to help the horses in the back. Javier (Castellano) said she felt good and he tried to make a run at the right time. She just didn’t fire today.

JAVIER GONZALEZ, trainer of Competitive Speed (13th) – She did not run as well as we had hoped. We will take her home and plan her next race.” 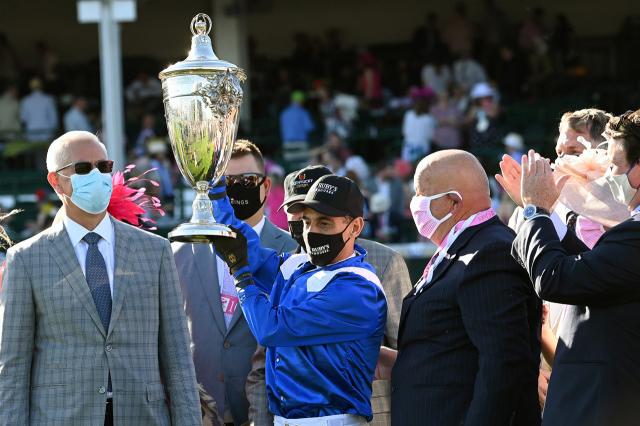