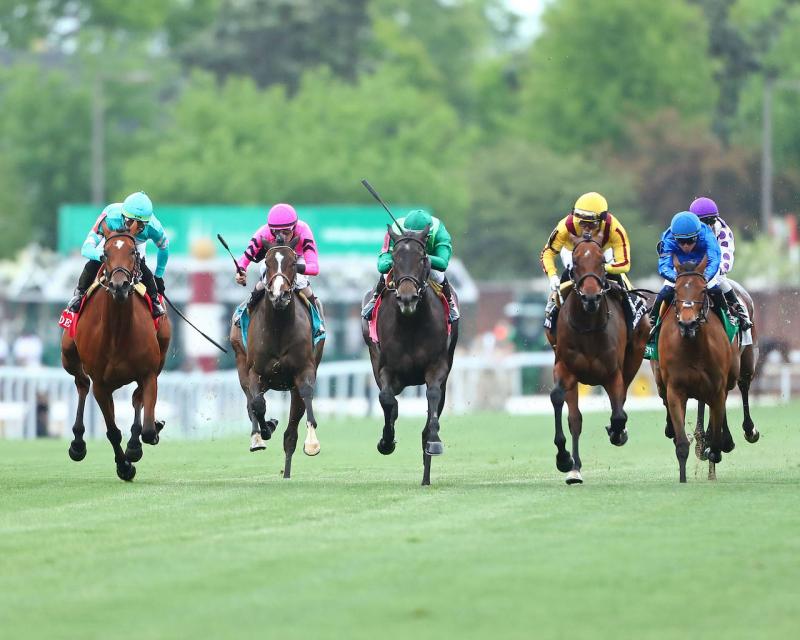 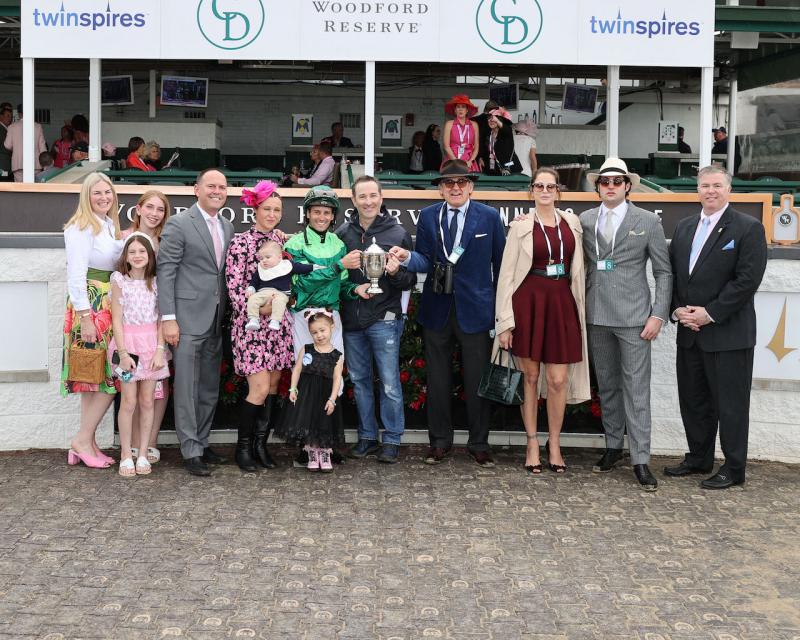 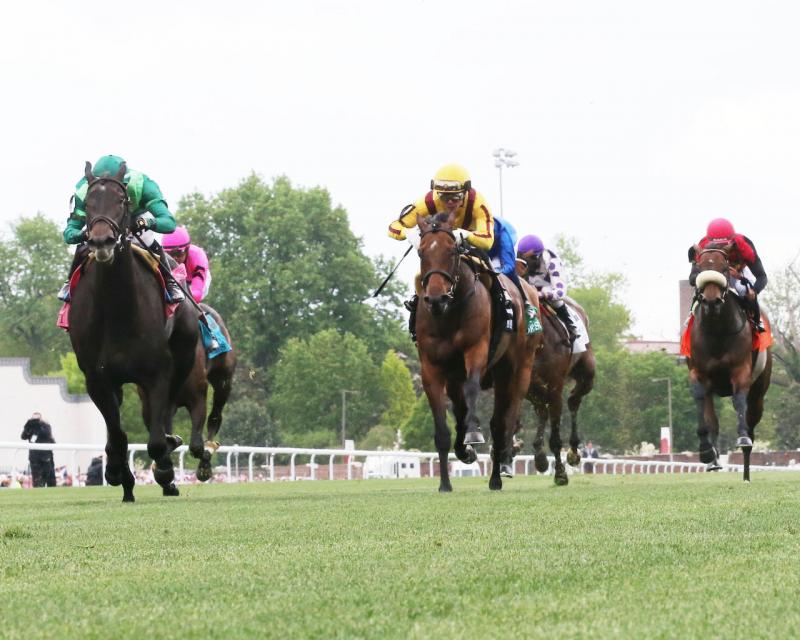 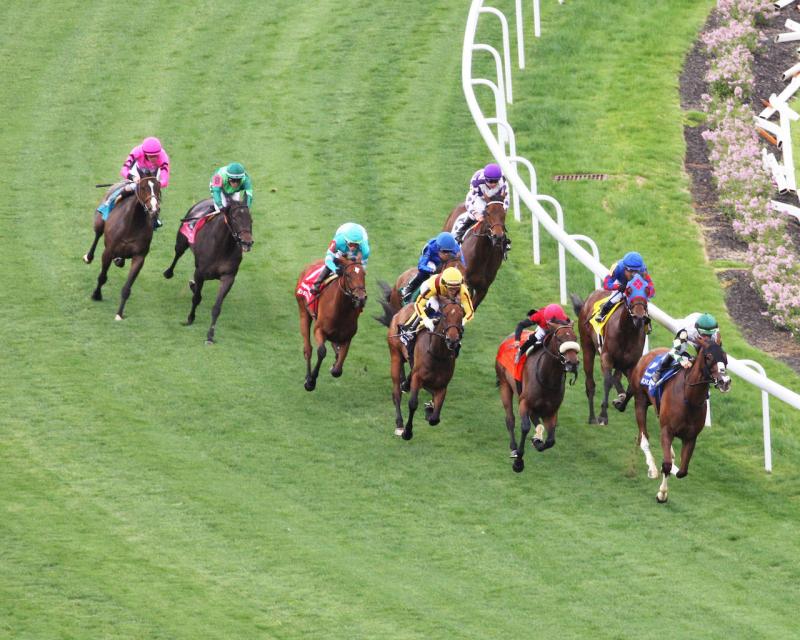 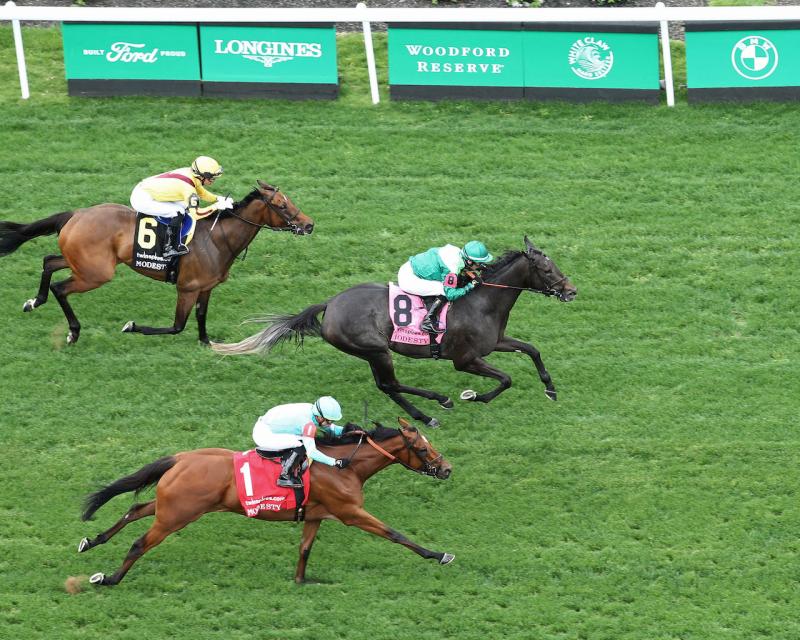 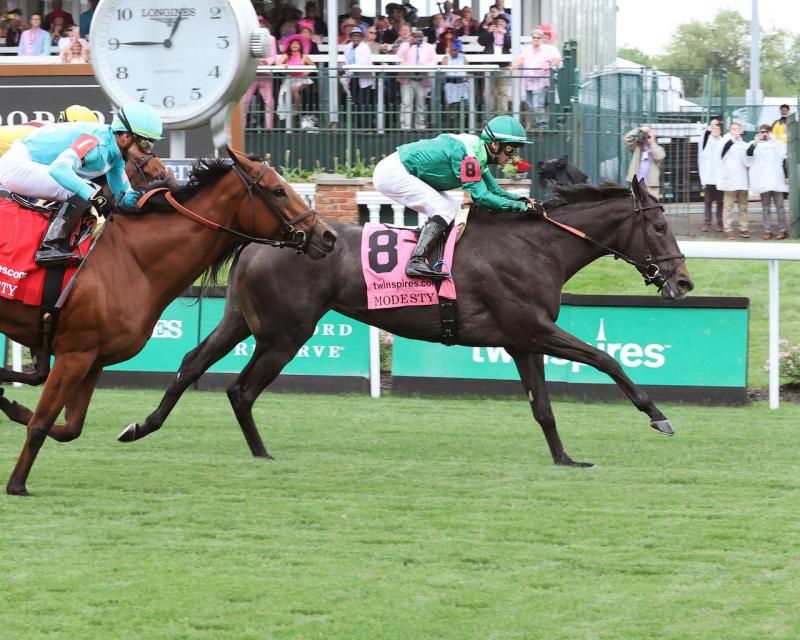 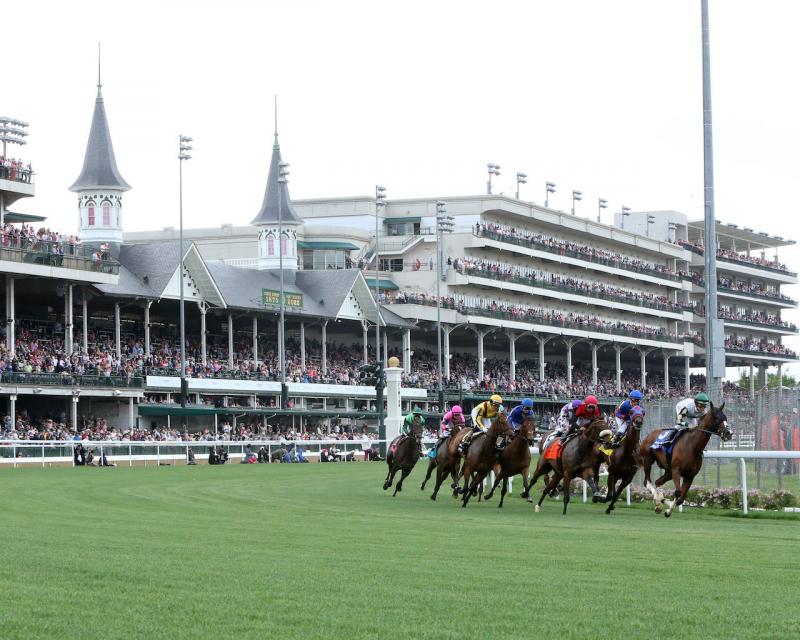 Peter Brant’s Bleecker Street split horses at the sixteenth pole and pulled clear en route to a half-length victory over stablemate Fluffy Socks to win the 65th running of the $250,000 Modesty (GIII) presented by TwinSpires for fillies and mares to kick off stakes action on Kentucky Oaks Day.

Trained by Chad Brown and ridden by Flavien Prat, Bleecker Street completed the mile and eighth on a firm renovated Matt Winn Turf Course in 1:50.10 to remain perfect in her six career starts.

Turning for home, Hendy Woods made the first run to the lead but was immediately challenged to her outside by Fluffy Socks with Bleecker Street looming just behind those two to the outside.

At the eighth pole, Prat shifted toward the inside and found a seam between the leaders that he shot through to secure the victory.

Bleecker Street is a 4-year-old Kentucky-bred daughter of Quality Road out of the Exchange Rate mare Lemon Liqueur. In notching her third graded stakes victory, Bleecker Street increased her earnings to $434,700 with Friday’s $148,800 check.

Flavien Prat (Jockey, Bleecker Street, winner) – “I didn't feel like going around Irad (on Fluffy Socks) I was going to be able to catch him. I felt like my only chance to catch Irad was to split horses and she was there for me. I thought it was a great performance by Bleecker Street to win that race because we went slow early and I was further back than I wanted to be.”

Irad Ortiz Jr. (Jockey, Fluffy Socks, second) – “I had a good trip. The first part of the race, I thought I would have to keep her (up close) but they were going slow. I was very happy to put her three wide in the clear on the far turn and she made a good run coming home.”

Chad Brown (Trainer, Bleecker Street and Fluffy Socks) – “With both my horses far back with that pace, I was quite worried. Down the back side, actually, Irad (Ortiz Jr., on Fluffy Socks) was able to extract himself off the fence and move up a couple of spots. And I saw Flavian kind of zero right in behind Irad. So I figured, OK, if the closers are going to come, Bleecker Street is going to come and Fluffy Socks will be following right behind her. Then it’ll come down to a 1-2 race. Bleecker Street ran amazingly well, and you have to remember, Fluffy Socks is back after three weeks’ rest from a wide trip at Keeneland. These horses are pretty close, Bleecker Street had more rest, but an undefeated horse, 6 for 6, she’s hard to fault. So trip dependent, pace dependent, course dependent. So she’s a remarkable talent. Without a doubt, it was her best race yet.”

Jose Ortiz (Jockey, Hendy Woods, third) – “I had a perfect trip but I simply got beat. I had a good chance (in the final furlong) and my filly was running but was just got beat.” 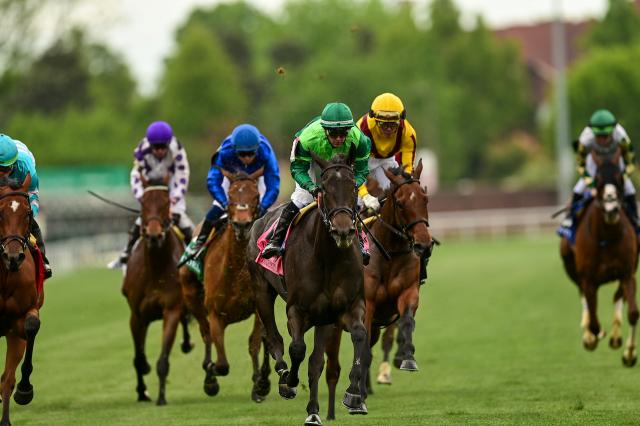