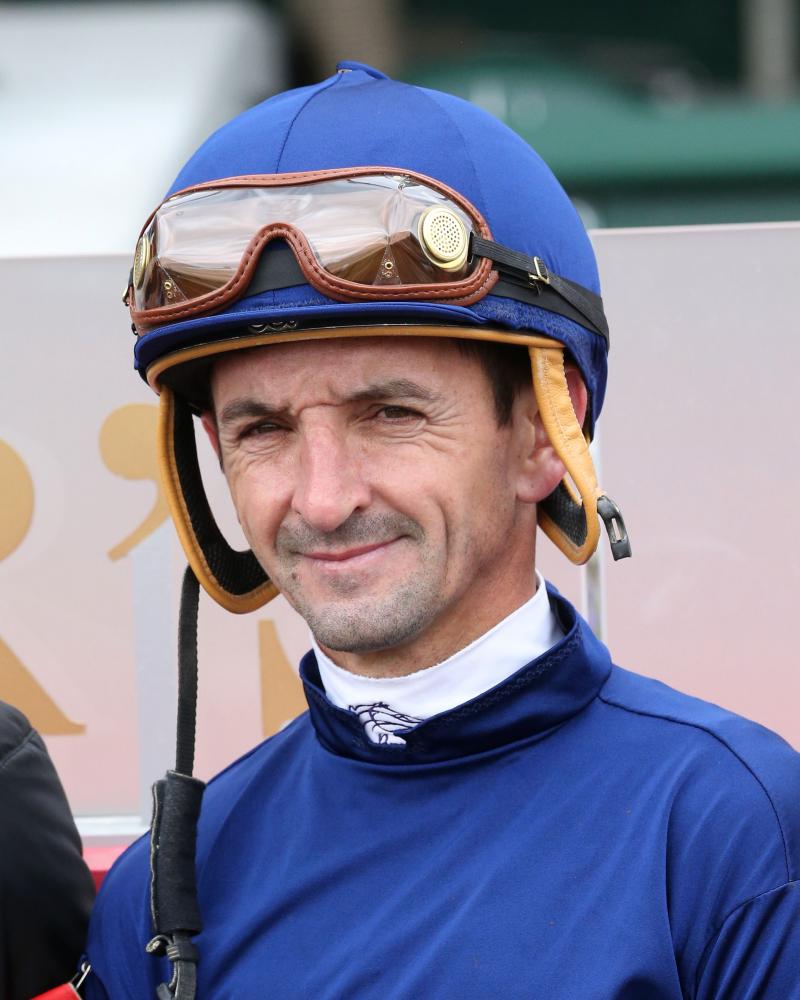 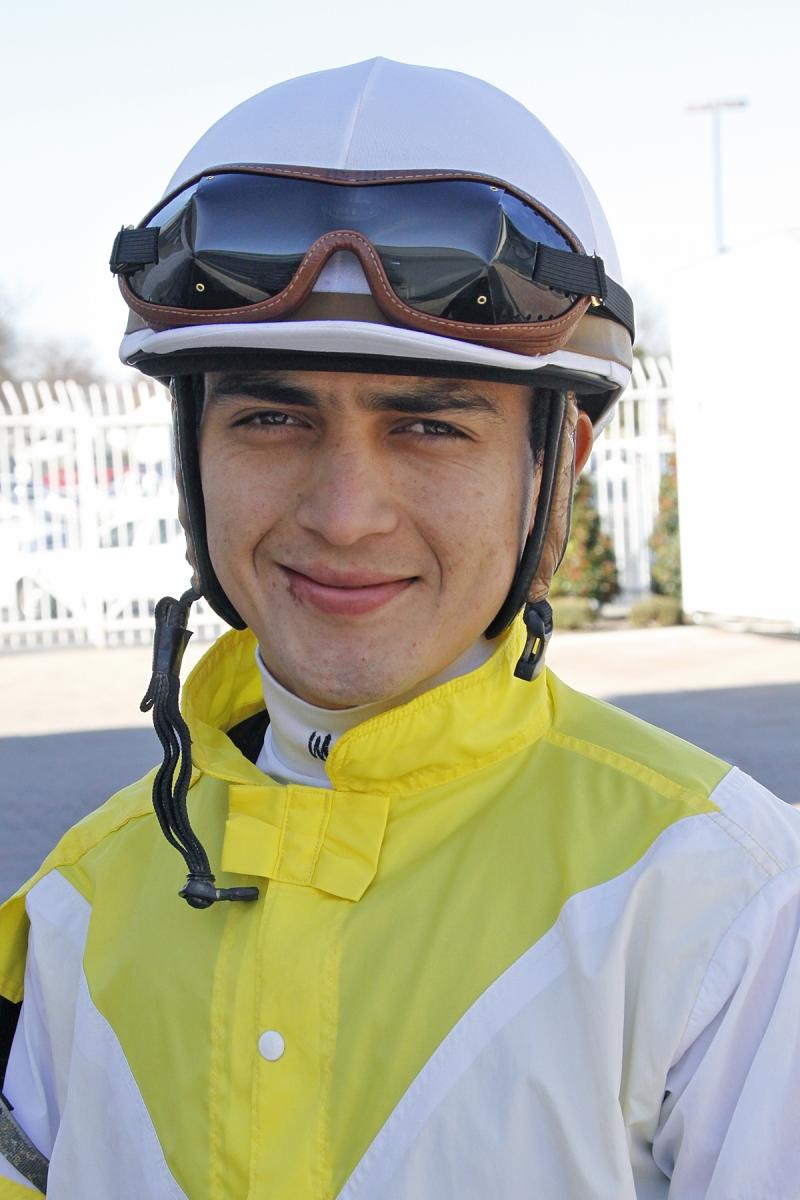 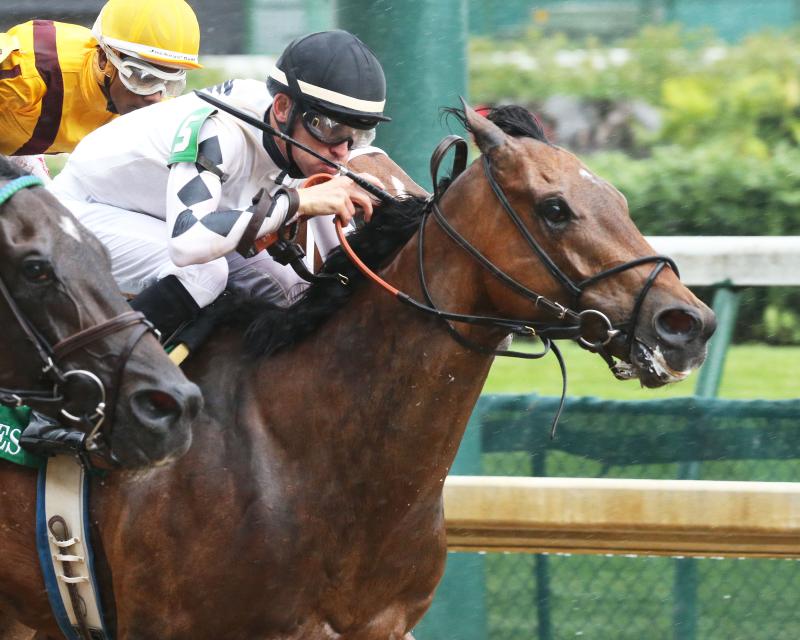 The September Meet at Churchill Downs has been prosperous for veteran rider Robby Albarado, who entered the penultimate day of the brief 11-day season with 13 victories and a 20-percent win-clip to lead all jockeys.

“When you’re riding some good horses like I am it feels good,” Albarado said. “You just got to find your horses and it carries on and when you start winning a lot it builds some confidence. I’ve always been a confident person but riding a bunch of winners always helps.”

The 43-year-old native of Lafayette, La. could be sitting on his second Churchill Downs riding title. He led all riders in the 2008 Spring Meet with 73 victories.

“It’s nice. We’ve always been looking for good horses to ride and it’s great that I’ve been on some good ones this meet,” Albarado said. “It’s more quality and not really quantity. I’ve been lucky to have won a bunch but I’m really just looking for some quality horses. It’s at the point of my career where I’m just trying to find a fast one. It’s been fun.”

Albarado entered the September Meet on a good note with success at the Ellis Park and Kentucky Downs meets this summer.

“We haven’t made any official plans yet,” Calhoun said of the son of Forefathers. “With Fair Grounds and Delta Downs around the corner we may look for some spots there. They’ve got a pretty nice stakes program down there for the Louisiana-breds.”

Prior to his maiden win, Borden County ran in a pair of maiden events at Indiana Grand, the most recent of which was a well-beaten fourth on the turf.

“He could not stand the turf, couldn’t stand it at all,” Calhoun said. “So we ran him back (Friday) and he got a nice trip. He doesn’t have a big wet number but we knew that he could handle the off track. I don’t think it necessarily helped him but I don’t think that he minded it, that’s for sure.

“The horse had been training real well all summer. He’s a real big heavy horse to the point where it was hindering him a little bit so we ran him first time and castrated him. He’s a pretty game horse. On the inside he took a lot of pressure and it looked like they put him away but he came back. It was an impressive race. He showed a lot of heart.”

“It was nice. It was a great day for us,” Mena said. “It’s a great feeling to be on the right horses. My family is in town right now. We had a nice dinner at the house for my (4-year-old) daughter (Naelah’s) birthday so it ended up being a real good day after all.”

The 29-year-old native of Lima, Peru was confident in his mounts going into the day.

“We liked the Louisiana-bred (Borden County) a lot,” Mena said. “We always thought that he could run real well. In the race before at Indiana he didn’t handle the turf well. (Friday) he really showed that he could run. The other two were great. The filly for (trainer) Joe Sharp, Seeyouatthedisco, was nice. She was nice to ride and beat the favorite (Sugar Cube).”

“I thought he worked really good,” Hartman said “We’re still in the process of planning something out. He’s possible for Keeneland.”

DOWN THE STRETCH – “Inside Churchill Downs,” co-hosted by Churchill Downs Racetrack’s Darren Rogers and Kevin Kerstein, will air Sunday from 9-10 a.m. (all times Eastern) on ESPN 680/105.7. Those outside the Louisville radio market can listen live online at http://www.espnlouisville.com/. Podcasts of the shows also will be available on the website. 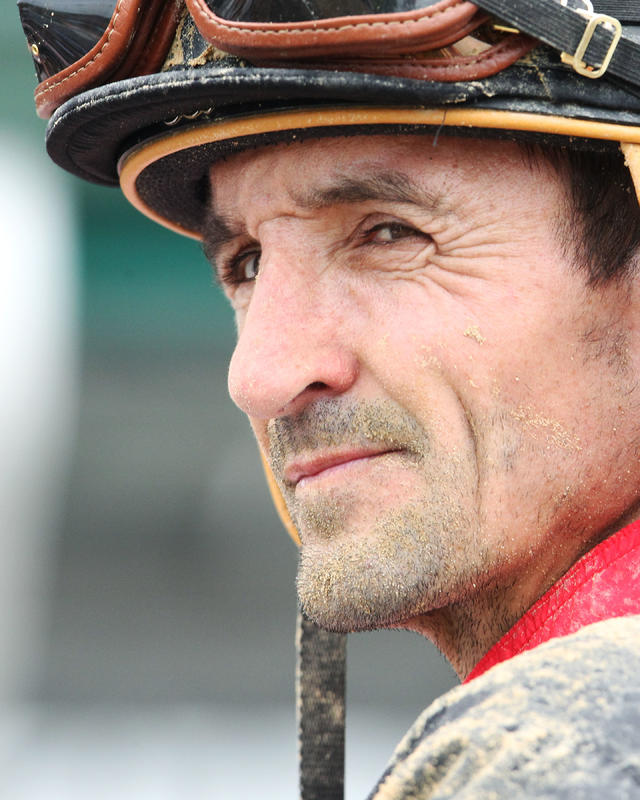